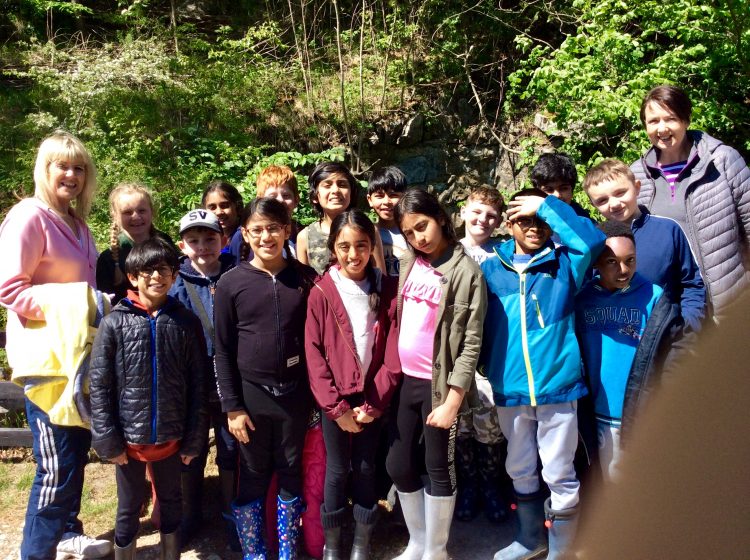 The Year 5 pupils and their teachers could not have asked for a better day than Monday this week to spend, bathed in sunshine, on their geography field trip to Clapham in the Yorkshire Dales.

The day began with a steady climb to Ingleborough Cave and the children showed great spirit and teamwork as they transported all of the equipment needed for their river study of Clapham Beck.

Whilst the pupils in 5W began with some pond-dipping in the beck, discovering all sorts of creatures and identifying them with the help of a scientific key, 5S ventured into Ingleborough Show Cave and were given a fascinating tour of the impressive tunnels and chambers 80 metres beneath the limestone rock surface. A knowledgeable and most entertaining guide pointed out numerous features in the cave, including the coffee pot, grandad’s teeth and the elephant, and Year 5, in turn, impressed him with their own knowledge and thought-provoking questions. After lunch, the classes swapped activities and the children delighted in their new discoveries, both above and below the ground.

Later in the day, both classes were involved in practical work in the river, using tape measures and metre sticks to record the width, depth and velocity of the river. Common sense, collaboration and curiosity were all displayed in equal measure and, by the time the children had completed their work, there was not a dry wellington on the coach!

A super day enjoyed by all which brought the Year 5 geography topic of rivers to life, giving the children a wealth of opportunities and hands-on experience to study Clapham Beck in detail.