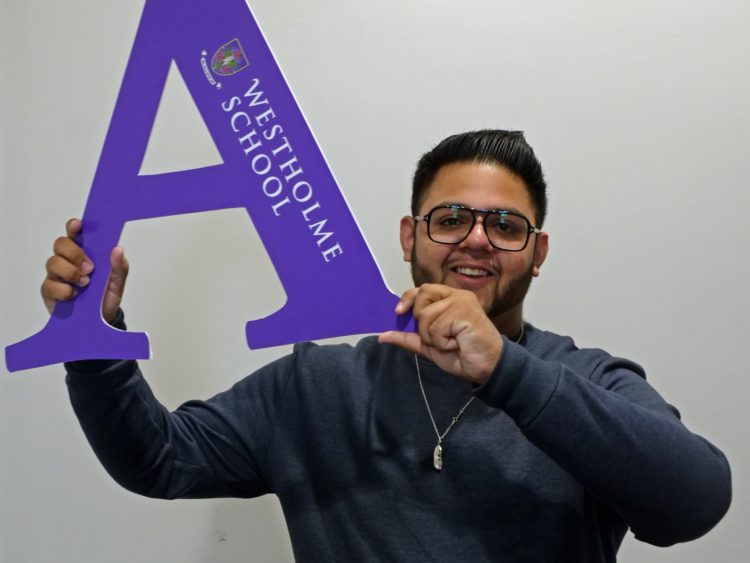 Congratulations to all of our A level leavers on all of their hard work this year. You can find out more about what some of our students are doing after their time at Westholme below: 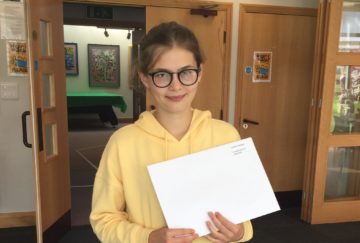 Eloise achieved an outstanding 4 A* grades in Classics, French, Spanish, and English Literature.

Eloïse, 18, from Edgeworth, said: “I am going to read English literature and French at St Hugh’s College, Oxford University.”

“I am really looking forward to the course and to meeting new people. I will miss my Westholme teachers but I’m very excited about the future.”

Eloise said her love of languages stems from a love of different cultures.

She added: “The results haven’t really sunken in yet! I love the idea of being able to speak with people in their native tongue. When you learn a language you also learn more about that culture.”

One of the highlights of her time at Westholme was participating in the Spanish spelling bee when she was in Year 7.

Eloïse made it to the national finals of the Spanish spelling bee, having come second in the North West.

In her GCSEs, she gained nine 9s and an 8. She has also recently received a merit in her grade 8 flute and acted as house captain in Year 13. 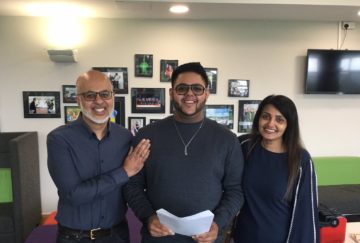 Departing Head Boy Yusuf is hoping to be an innovator of the future after securing a degree apprenticeship in computer science with Jaguar Land Rover.

The technology fan is now looking forward to moving to Warwick for the start of his new career.

Yusuf, 18, who has just moved from Blackburn to Preston, said: “I am delighted to have received and accepted one of three places on a prestigious degree apprenticeship program with Jaguar Land Rover in Computer Science.”

“My role is a Data Analyst, where I will prepare and organise data using complex algorithms to help my team make crucial business decisions. This is complemented with me studying for a degree in Data Analytics at the neighbouring University of Warwick, where I will continue to learn new skills that can be put into practice in my new role.”

“I look forward to climbing the Jaguar Land Rover hierarchies and eventually be able to lead the data analytics team in the future.”

During his GCSEs, Yusuf was diagnosed with a life-changing disease of Type 1 Diabetes. He sat a full week of his GCSE exams in hospital without the ability to write with either of his hands.

With the support of Westholme, Yusuf achieved brilliant GCSE grades, which lead him on to study at Westholme Sixth Form, where his commitment to Westholme life awarded him the role of Head Boy – the pinnacle of his Westholme Journey.

He said: “My position as Head Boy has enabled me to learn highly sought-after leadership and teamwork skills that I have enjoyed putting into practice over the past year. It allowed me to support my school and lead by example, whilst personally improving my character and refining highly sought-after skills that universities and workplaces are looking for.” 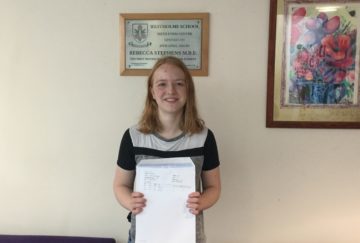 Anna is looking forward to studying Medicine and Surgery at Newcastle University after achieving 3 A grades in her A-Levels.

Anna, 18, from Clitheroe, was delighted to achieve two A*s in Biology and Maths and an A in Chemistry.

Anna has worked tirelessly in her pursuit of a career in Medicine. Not only has she been an outstanding Deputy Head, she has regularly been the first in and last out of the Sixth Form Centre these past two years, perfecting her craft and ensuring she came away with the results she needed.

Anna said: “I’m looking forward to starting my degree in medicine and would like to become a doctor in the future. I love helping people.”

When asked what the highlight of her time was at Westholme the talented teenager said: “Everything! I can’t pick one thing!” 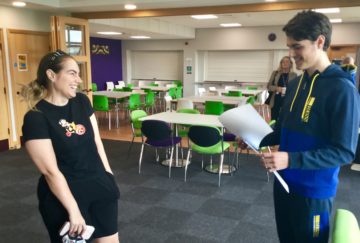 Weld-done to Jay who has achieved 3 A* grades in Classics, History, and Product Design.

Jay is now hoping to gain more experience in metalwork and hopes to start his own business in the near future.

The talented Walton-le-Dale teen, 18, said the results are what he has hoped to achieve .

He said: “It’s not been too bad learning remotely. I’m going to take a gap year and look at starting my own business in metal work once I have gained more experience.”

Jay joined Westholme in Year 7 and expressed that he felt very welcome joining Westholme even though he hadn’t been at the Junior School.

Jay added that he will miss his teachers who understood him and the many debates he would have in his lessons. 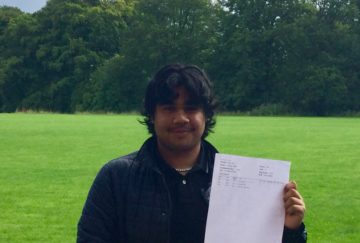 Congratulations to Amaan on securing a sought after apprenticeship in Supply Chain and Logistics at Coca Cola.

Amaan said Westholme shaped him to be ‘business ready’ – which enabled him to shine from the 900 applicants who applied for the apprenticeship.

The Blackburn teenager will be moving to London for his new role and will be involved in the supply and distribution of one of the world’s most iconic drinks brands.

He said: “It’s a little bit daunting but I’m looking forward to the challenge. Westholme helped me t get business ready – not just teaching academic subjects but also helping me become a team player and confident when presenting.”

Amaan studies Drama, Economics and Business – and said all his subjects have given him the knowledge and confidence to fulfil his career path.

A key moment for Amaan during his time at Westholme was the careers event at Old Trafford, this allowed him to confirm what career path he wanted to take in the future. “My next step is to work for Coca-Cola Euro-Pacific Partners in Supply Chain and Logistics and I am looking forward to progressing within this role and travelling around different countries for work.”

Looking back at his time at Westholme, Amaan added: “The main thing I will miss the most is my Economics lessons, they were extremely fun and allowed me to gain a further insight into sections of the economy I never even thought about. I will also miss the atmosphere within the common room and the buzz around the school.” 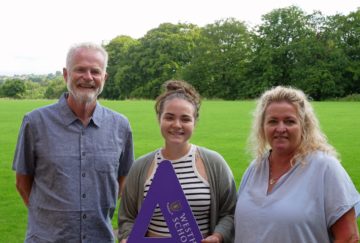 Nayha is off to study International Business Management and Mandarin at Manchester University after achieving 3As and a Distinction in Mandarin.

Nayha is keeping her options open for the future and is looking forward to a year abroad in China as part of the course.

The Blackburn teenager said she was delighted with the results and admits she had done even better than she expected.

Nayha found her passion for Mandarin after deciding to choose a language to study.

She said: “I fell in love with the language. I enjoyed studying it for A-Level because you learn more about the history and the culture as well.”

The Head Girl has attended Westholme for 11 years and has excelled both academically and in extra-curricular activities through choirs, school plays, sports teams, musical ensembles and other clubs.

The former Prefect added: “My highlight at Westholme was becoming Head Girl. It taught me a lot and gave me extra responsibility at the school.”

“I have made lots of friends and memories during my time at the school.”