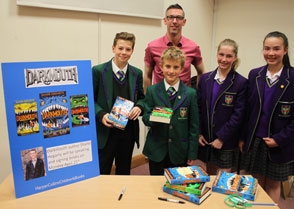 Earlier today, students in Years 4 – 8 enjoyed a talk from best-selling children’s author, Shane Hegarty, who is famous for writing the Darkmouth series of books. He entertained the students by explaining how, at the age of 7, he had been asked to write a poem and draw a picture. From that moment on he knew he wanted to become a writer. Shane asked the students about their own creative writing and offered suggestions to help the budding future authors. 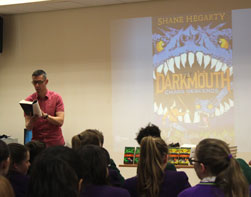 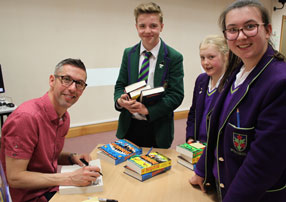 The series of books, described by publisher HarperCollins as “Funny, Scary and Fast- paced” certainly appealed to the Westholme audience. 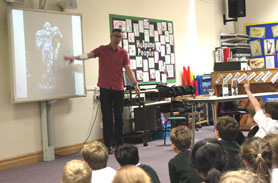 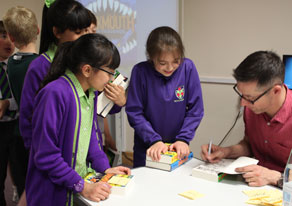 Shane explained to the pupils that he lives on the East coast of Ireland with his family in a village not unlike Darkmouth. Darkmouth, the setting for the three books is the last town where monsters of myth still invade. Hugo the Great, the only Legend Hunter able to fight these monsters has gone missing. The town’s safety has been left in the hands of Finn, Hugo’s twelve year old son…..but can Finn battle with these monsters? Finn loves animals and is not a natural fighter. Will Emmie come to support Finn? Many students eagerly took the opportunity to purchase the books in the Darkmouth series and were excited to learn how the stories would unfold. 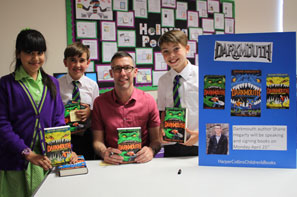 We would like to thank Shane for taking the time to visit Westholme today, to his publishers, HarperCollins and to Elaine and Jake from Silverwood Book Events for co-ordinating this event with us. 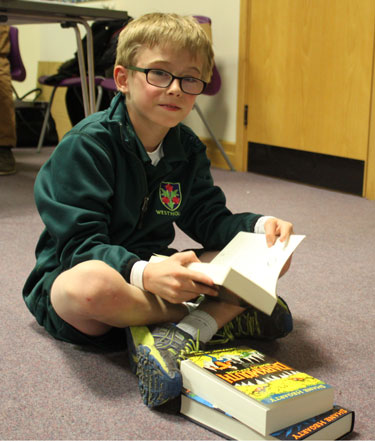