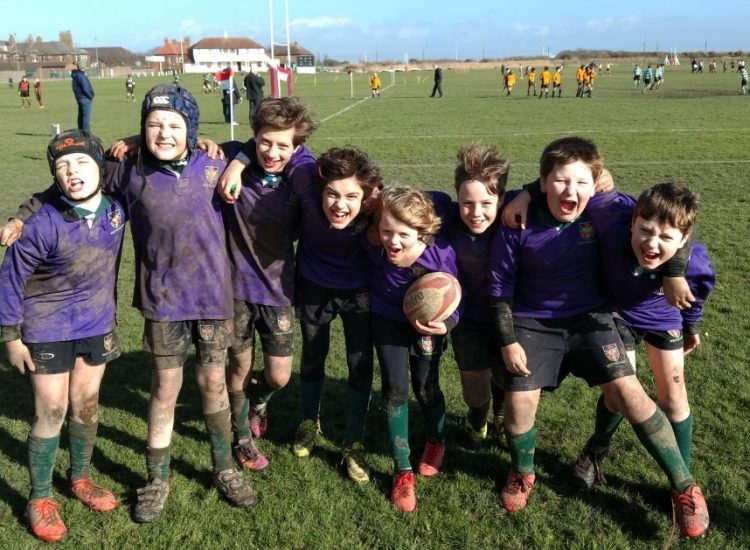 Action on the Rugby Pitch!

Our Junior Rugby Team competed yesterday in the AJIS Rugby Tournament, held at Rossall School. Mr Barnett’s report is below:

A splendid day for rugby saw the Under 11 boys depart for Rossall in high spirits and confidence.

Entering the main Cup competition saw us having to compete with the very best that the North West has to offer.

Our first game against Abbey Gate was a wake up call as a couple of missed tackles cost us tries and too much tunnel vision with the ball in hand prevented us from exploiting overlaps and try scoring opportunities. In the end we were well beaten 20-0 but had cause for optimism. 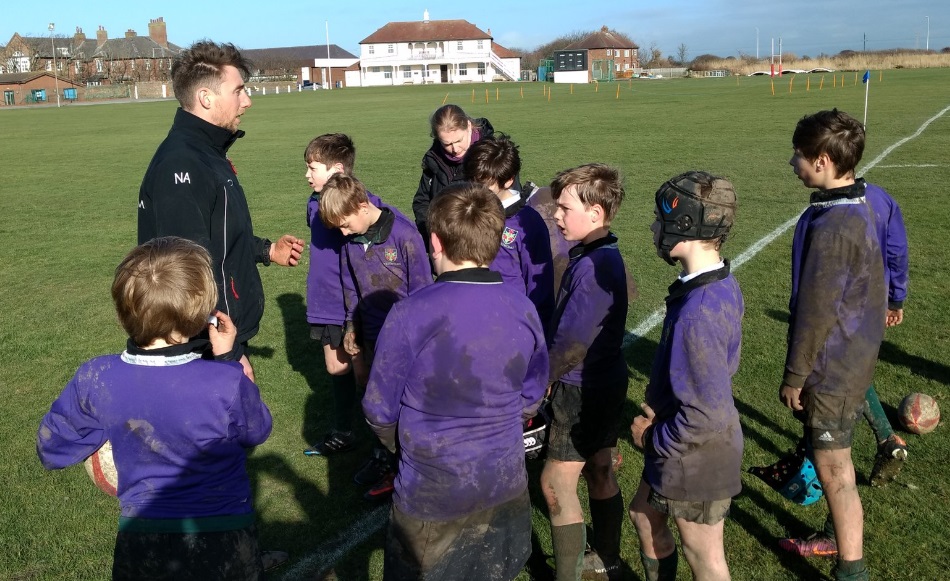 Our next game against Altrincham saw us with the target of more off loads. The boys stepped up to this and we were all looking to pass more. Sadly, what was to be the theme of the day, missed tackles, still caused us problems. The highlight of the game was a well worked try, with Alex touching down but the final score 20-5.

Next up we took on the might of The Ambrose. Funnily enough, this was a game we should have and could have won. We opened the scoring with some lovely interpassing. Oliver Oakley scored a beauty and our heads were up. Missed tackles though brought them back into the game. So, we scored again but so did they. Final score, 15-10. A sad end to such a promising start.

Our final pool match was against Buchan from the Isle of Man. With one of our best players of the day, Robbie Eastham, off for the first half, we capitulated far too easily. Once Robbie came back on, we played better rugby but the damage was done. Strong words were needed. Would the boys respond for their play off match? 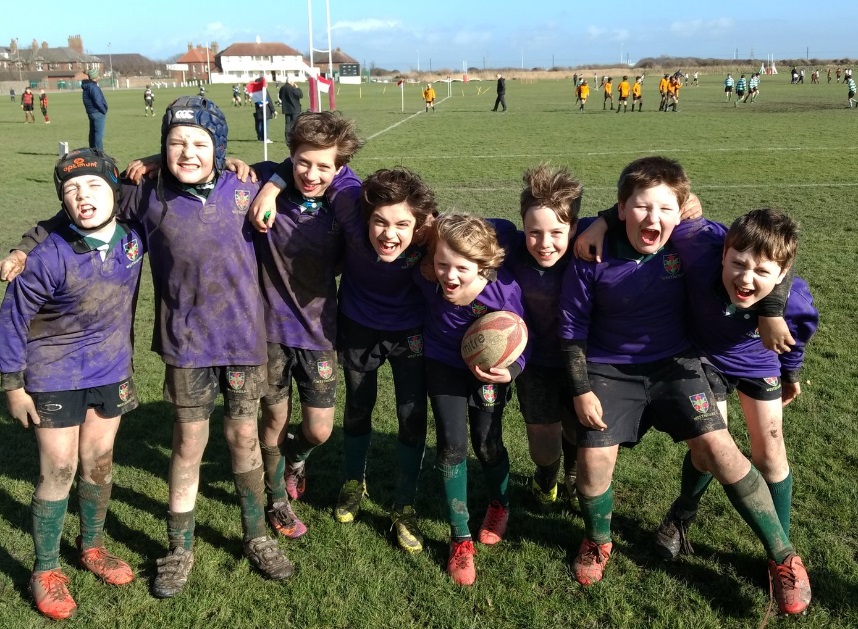 I’m happy to report that they did indeed. The game against Merchant Taylor’s, to avoid last place in the main Cup competition, was an absolute cracker! The team played the sort of rugby that we knew they were capable of. Tackles went in hard, passes were made and completed and tries were scored. The final game was a joy to watch and one in which we were proud of. A resounding victory and jubilation from coaches and parents alike! Congratulations to Robbie who was awarded the Man of the Match medal, presented by Merchant Taylor’s, a nice touch from the tournament organisers.

Well done to our team – some great experiences for you to build on.