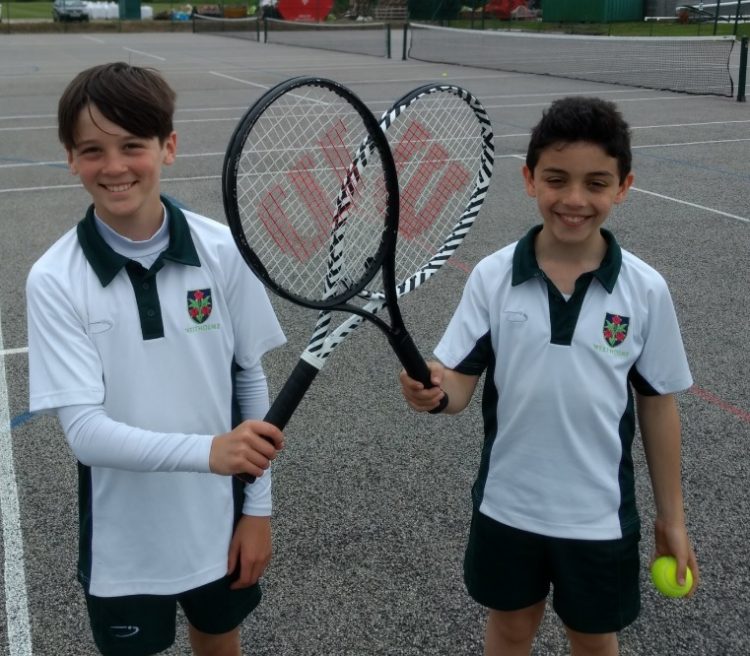 A simply fabulous day of tennis for the U11 Boys team of Harry Richmond and Sanad Saidan. Up against serious competition, they would play the tennis of their lives!

The main cup competition proved to be of an extremely high standard with county players galore. The lads fought valiantly but the stronger players prevailed. However, both Harry and Sanad had accrued enough points to progress into the plate competition where they both made the semi finals. Luckily they avoided having to play each other there!

They both saved some of their best tennis for these matches and the length of the rallies was testament to the fact that the games could have gone either way. It really was that even. Sadly, the greater experience of the opponents counted and they wore our heroes down and won. However, it is no mean feat to get to the semi finals of such a prestigious competition and I am very proud of the way Harry and Sanad performed.