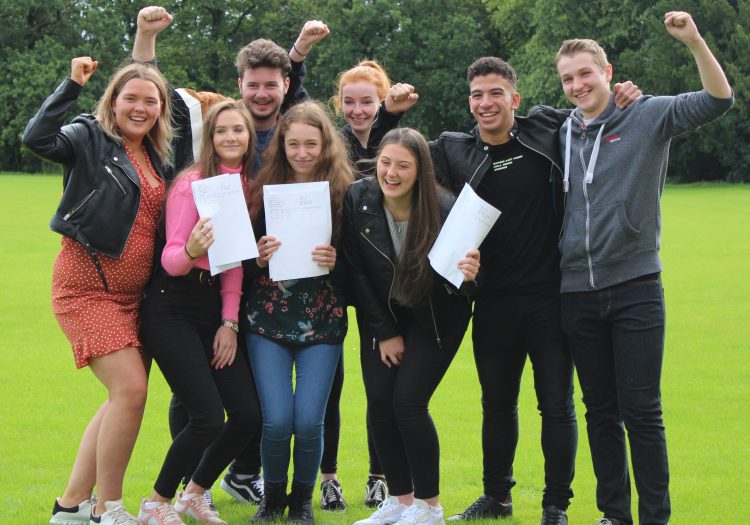 We are delighted to have received a 100% pass rate in 20 subjects, representing the hard work of students.

This is another very good set of results from our students and reflects their dedication and the outstanding levels of support provided by our teachers.

It is good to see that the A*s have come in a wide spread of subjects and the results in core subjects like Maths, English and Sciences are particularly strong.

The results mean that the vast majority of students have the university or high level apprenticeship place of their choice, which again underlines their talents. Students are looking forward to pursuing further studies in subjects such as Medicine, Law, Engineering and International Business.

Other courses that students are embarking upon include Fine Art, Acting, Theatre Lighting, Graphic Design and Fashion – a diverse range of courses reflecting the breadth of talent within the Sixth Form!

Principal Lynne Horner was delighted to praise students and staff alike for their hard work and dedication.  “With A Level reforms fully embedded now, examination papers this year were undoubtedly challenging and the results achieved by our Upper Sixth students reflect their resilience and ambition.

“I am very proud of their achievements today and in the wider life of the school where they made such wonderful contributions over many years. I wish them all the very best for the future, beyond Westholme”.

Stories for our students: 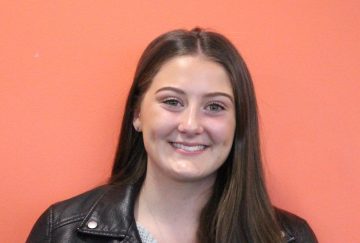 For Laura Barrie, the world is her oyster – after achieving an A and two Cs in her A Levels and securing her a place at Reading University to study International Business.

Head Girl, Laura, said she is looking forward to her four-year course with a year abroad. She said “I want to move abroad after University and I have really enjoyed studying business at A Level – so it seemed like the perfect course for me. I’d love to study in Australia for a year, but I will have to see what modules I enjoy and where that takes me.”

Laura said she was very happy with her results – and said she was just 5 marks off an A* in Business Studies, her favourite subject. The teenager said she’s not sure where her feet will take her but said she is aiming for a job at a growing company where she can make her mark. Laura, who also enjoys drama, has appeared as an extra in shows such as Coronation Street, Shameless, CBBC and the film A Monster Calls with Liam Neeson. 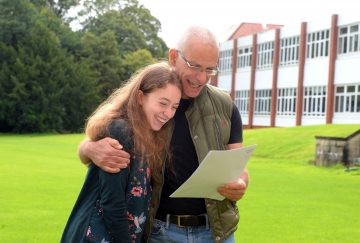 Nicola Judah was left speechless after achieving an astonishing 3 A*s and is now looking forward to following in her father’s footsteps and pursuing a career in medicine.

Nicola achieved straight A*s in Biology, Maths and Chemistry and is now off to study medicine at UCL in London. She is looking forward to seeing which area of medicine she most enjoys using the six-year course. She said: “I have wanted to go into medicine since I was about seven. I really enjoy science, but I also want to make a difference to people’s lives.”

Nicola, who also plays the harp, said she has loved the ‘family-feel’ here at Westholme School and admits she has received a lot of support and encouragement from the teaching staff. “The teachers have given us so much support. They have been so encouraging.”

Dad Matthew, a GP in Manchester, said: “I’m astonished. She has definitely put the work in. She has always had an interest in medicine. I’m very proud of her.” 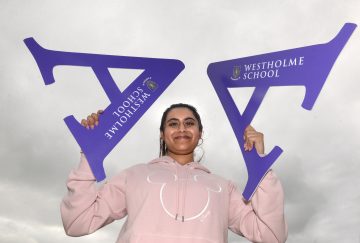 Ritu Bhattacharyya will be following in her father’s footsteps after securing a place at York University to study medicine.

Ritu achieved an incredible A* in Biology, A in Mathematics and B in Chemistry and said she couldn’t be happier with her results. She said: “I’m really happy with my grades. They are better than I expected and I have loved learning about medicine at Westholme School and I can’t wait to go on to study it further at university.”

Ritu, who is also training for her black belt in karate, said she has loved the friendly environment here at school. “The teachers have all been really helpful. I have had a lot of support.”

Her dad Sanjoy is an A&E consultant at the Royal Blackburn Hospital and said she has made him very proud. The amount of work and preparation she has put in is amazing. She has been so focused and responsible.” 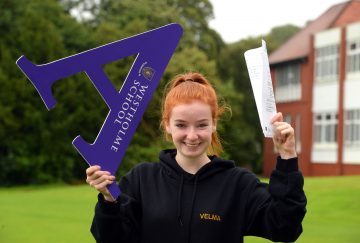 Laura Blackburn is hoping to be coming to a tv screen near you soon after securing a place at the coveted East 15 acting school in Essex.

Laura, who played the main role of Velma in the summer school production of Chicago, has always enjoyed performing. The teenager was delighted to receive an A in Drama, A in Sociology and B in English Language when she opened her A Level results. She has been studying dance since the age of two – including tap, ballet and modern.

She said: “I love performing. It’s so creative and you can express yourself in different ways. I am going to have a gap year and then start my three-year course at East 15. Eventually I’d love to be an actor on TV”. Laura, who also sings in the school choir, said her favourite memories of her time at Westholme School involve being in the shows.

She said: “The teachers have really helped me while I have been here.” 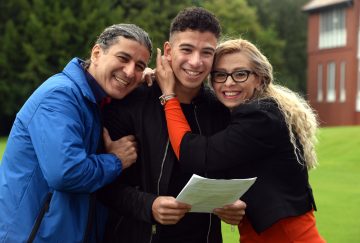 Shuresh Ghanbari Saheli is all geared up to study for a Masters in Physics after securing a place at UCL in London.

Head Boy Shuresh was delighted to receive straight As in in Physics, Maths and Economics.

He said: “I’m not sure what I want to do for a job yet, but after university I think I’d like to study for a PhD. I want to get to University and see what studying Physics is like there. I love the subject and I love that it’s all about Maths – which is another subject that I really enjoy. I’m really pleased that I got the grades I was hoping for. My parents are really pleased as well. Westholme has such a family feel. Everything about it is great. I think the highlight for me has been being Head Boy. I would like to think that I have been a good role model to students.”

When Shuresh isn’t studying, the teenager also loves playing sports such as football and enjoys going to the gym. 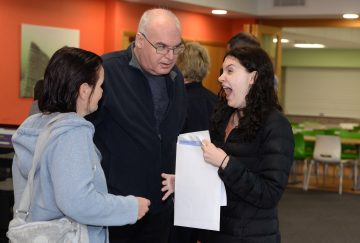 ‘Fei Chang Hao’ to Alice Beveridge – who has excelled at her A Levels in Geography, English Literature, History and Mandarin.

The talented teenager who has a passion for Hong Kong achieved a distinction in the foreign language and is now looking forward to studying Law at UCL in London. Alice, who also achieved an A* in Geography, A in English Literature and a B in History, is looking forward to the four-year course with a two-year placement in Hong Kong.

She said: “I’m really pleased with my results. The grades are what I had hoped for. I have always had an interest in the islands and the culture in Hong Kong, and my grandad lives there. I’m really excited about the course and spending more time there. I hope to eventually go into Corporate Law.”

She said she has enjoyed public speaking during her time at Westholme School and playing the trombone in the school orchestra. 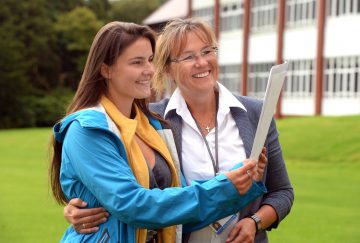 Ute Schmitgen said that resitting her Maths A Level has helped her to pursue a career in Mechanical Engineering.

The talented teenager has achieved an A in the subject thanks to her determination to succeed. Ute, 19, who also enjoys sailing, scuba diving and skiing in her spare time, also achieved an A* in German.

She said: “The career I had in mind has changed from Marine Biology to Mechanical Engineering. I knew that to pursue my career choice I needed a better grade in Maths. Resitting the subject was the best thing I could have done.”

Ute said her work ethic has helped her to achieve the incredible grades and she now hopes to study Mechanical Engineering at a university in Karlsruhe, Germany. 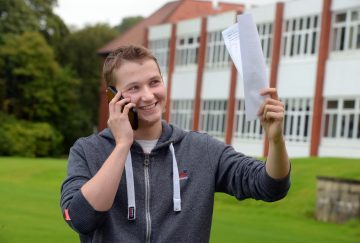 It’s lights, camera, action for Ben – who is now looking forward to going to the Guildhall School of Music and Drama in London to study lighting, sound, video and automation.

Ben Tinniswood is looking forward to learning lots of new skills during the three-year degree course.

He said: “I have learnt a lot here at Westholme School and that has helped me choose this degree course. I have spent a lot of time doing the lighting for school shows. I enjoyed it so much I have decided to pursue a career in it.” Ben was responsible for the set design and sound during the school’s summer production of Chicago and helped out with the lighting rig. He said although things sometimes go wrong in the world of showbiz, he enjoys thinking on his feet to find solutions.

He has recently enjoyed work experience at the Royal Exchange and a three-week course at the National Theatre in London learning new skills ahead of his course. 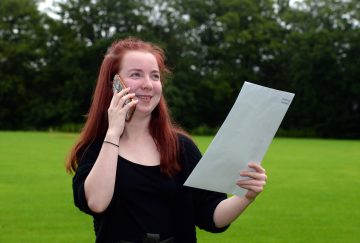 Georgia Eddleston is looking forward to studying midwifery after getting the grades she hoped for in her A Levels.

Georgia received 2Bs and a C and will be embarking on the three-year course in Leeds to study midwifery – a career she has wanted to pursue for a number of years.

She said: “It’s a career that’s really rewarding and every day is different. It’s very hands on rather than just a desk job. I wanted to study medicine originally, and I have been on lots of work placements before choosing this course. I’m really happy with my results. Westholme School is like a family. The teachers are always supportive and are there whenever you need them.”

Well done to everyone!