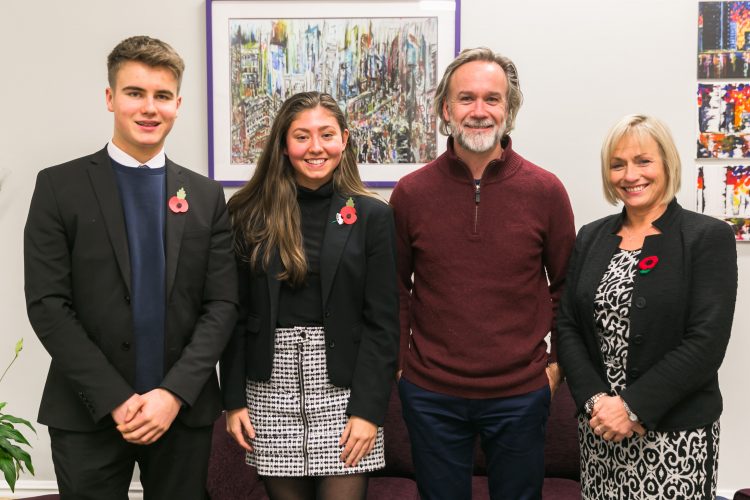 Marcus Wareing is an English celebrity chef who is currently Chef Patron of the one-Michelin-starred restaurant, Marcus, in Knightsbridge. As a restaurateur, he also runs The Gilbert Scott at the St. Pancras Renaissance Hotel, and his West End restaurant, Tredwells, in Seven Dials, London. He is probably more widely recognised though across the UK  for his role as a judge on the highly popular ‘MasterChef the Professionals‘ television programme, which is about to launch its twelfth series tonight at 8pm on BBC Two.

Wareing was born in Southport, Lancashire, in 1970. His father was a fruit and potato merchant who had contracts with schools to provide their produce for school dinners. At the age of 11 his first food-industry related job was with his father, packing potatoes and riding alongside deliveries. He was paid 10p per 5 pounds (2.3 kg) bag of potatoes packed, all of which went straight into his Post Office saving account.  At a young age, Marcus was informed by his father that the business was no longer viable as schools moved on to using pre-prepared frozen food instead of fresh produce. He would later credit his father’s long hours with inspiring his own work ethic.

At Stanley High School, he found he had a natural talent for cooking. He went on to attend Southport College, where he took a three-year City & Guilds course in catering. Wareing first worked at the Savoy Hotel under chef Anton Edelmann in 1988 at the age of 18 where he was employed as a commis chef, before leaving in 1993 to join Albert Roux at Michelin starred Le Gavroche where he first met Gordon Ramsay. He would later credit Ramsay with teaching him to cook, describing it as “the most important time in my life”. His career would then take many twists and turns on the road success, as he worked in many of London’s top kitchens, battled with professional relationships and eventually broke away to establish his own solo restaurants.

In conversation with John Gillmore from Radio Lancashire, Marcus talked about his rise to fame from humble begins and discussed what has driven him in his professional and personal life. His career has demonstrated what high standards, focus and hard work can achieve and although he now has the culinary world at his feet he admitted he would never forget his roots here in the North West.

It was pleasing to hear that the recipes in Marcus’ book have a strong focus on using homemade and seasonal produce. Here at Westholme School, in conjunction with Thomas Franks, we pride ourselves on providing similarly high quality dishes using local suppliers and our catering team create diverse menu choices on a weekly basis. Our Head Chef, Mr Matthew Burke, enjoyed being in the audience and taking inspiration from Marcus and his professional experiences. 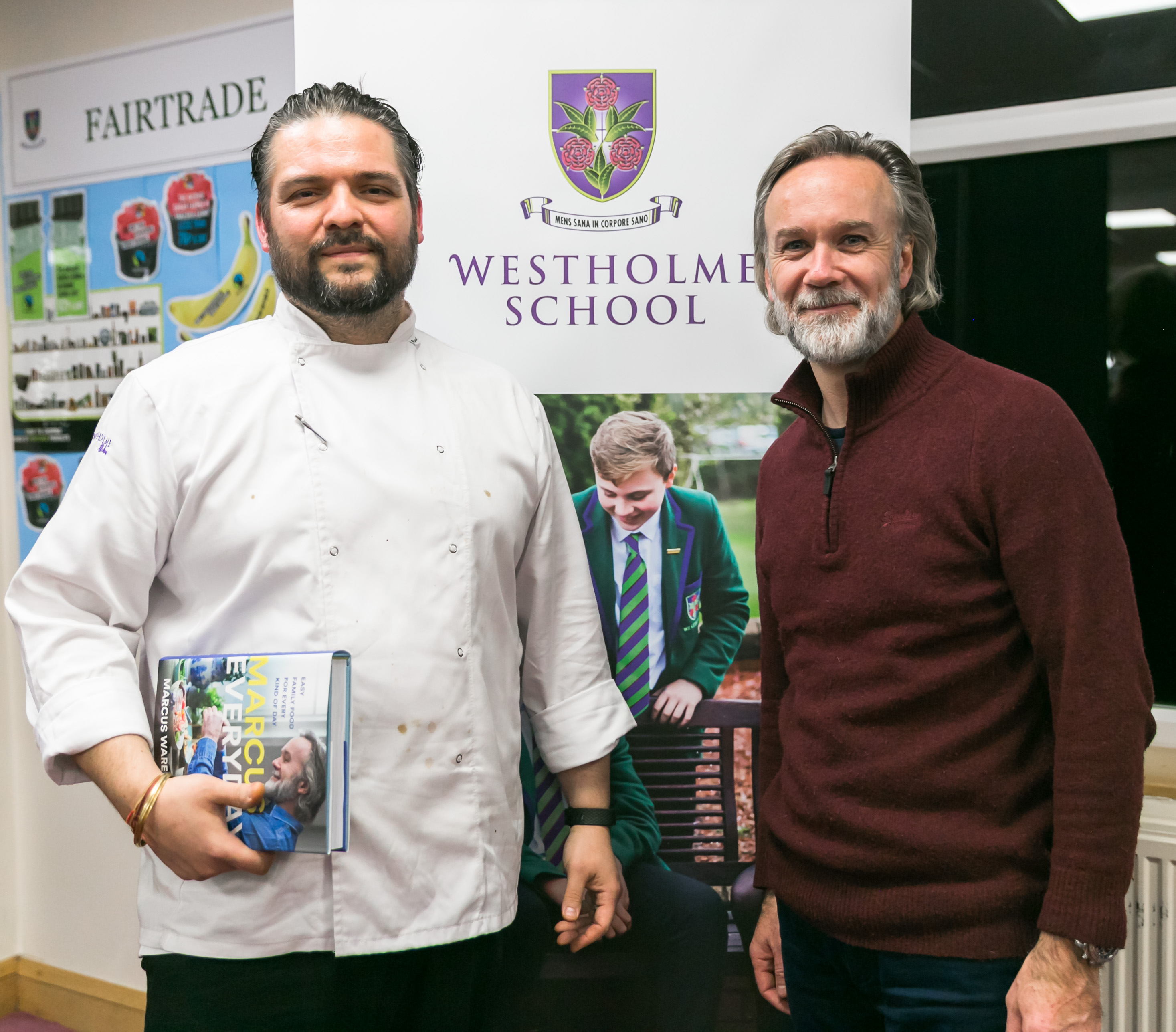 Marcus’s new book ‘Marcus Everyday’ is a fabulous read. and full of easy delicious family recipes and is now available to purchase from all good book stores. 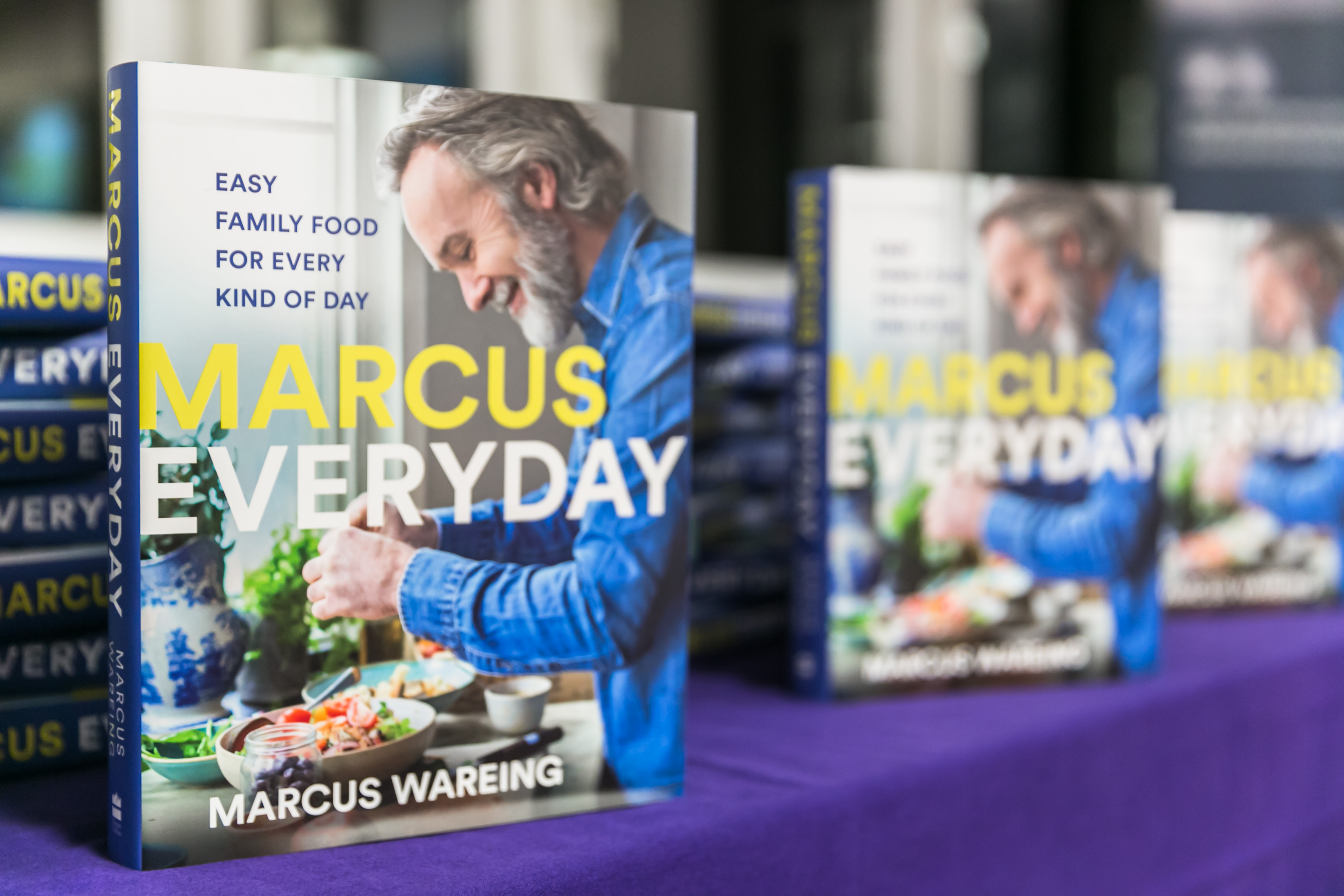 We would like to thank Elaine and Jake at Silverwood Events for once again arranging a fabulous author visit. Thank you also to publishers, HarperCollinsUK, and to John Gillmore for conducting an entertaining interview. We truly appreciate our ongoing partnership with Silverwood  and we look forward to welcoming more exciting and inspiring guests in the future.