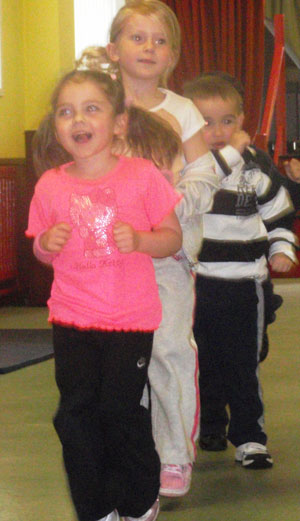 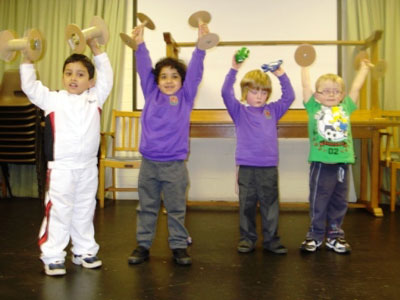 The infant children at Billinge House completed a full day of Aerobics yesterday to help raise over £400 for Mencap. Mr Ward, father of Poppy Ward in Mrs Sutcliffe’s class, came along to support the children and joined in with one of the Aerobics sessions as he will soon be flying out to Morocco for his own Mencap challenge, competing in the “toughest footrace on earth”, the Marathon des Sables. 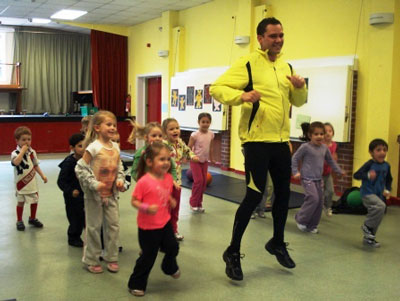 Mr Ward will be running a gruelling 150 miles across the Sahara desert with a fundraising target of £10000 and so Poppy’s school friends and teachers thought that they would also rise to their own mini challenge to support him. The pupils also designed Marathon des Sables badges in return for making a donation to Mencap and he has chosen his favourite to take with him across the desert.

The Marathon des Sables is equivalent to 5 ½ marathons over 6 consecutive days, running over sand dunes, rocky terrain and in soaring temperatures. In previous years many competitors have not finished the race and Mr Ward will need every ounce of mental toughness he can muster to make it to the finish line.

Click here to view some photos from the Aerobathon at Billinge House.

If you’d like to sponsor Mr Ward and donate some money to Mencap, just go to his JustGiving site at https://www.justgiving.com/davidinthedesert – he’s edging closer to his target of £10000, let’s help him reach it!

From everyone at Westholme, we wish you the very best of luck and we look forward to hearing all about it when you return home!