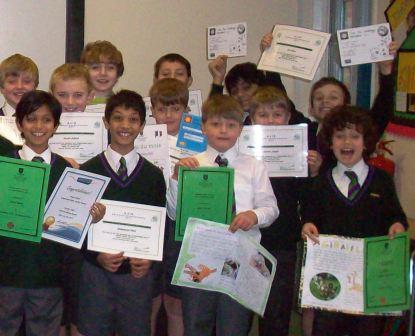 This morning in assembly, a number of awards were handed out to boys who had achieved something during their school life this week. Below is a  photo of the boys and a list of awards that were handed out – well done to everyone.