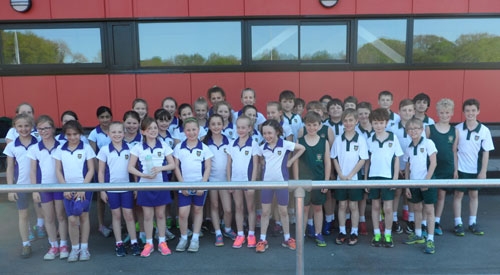 On Monday night in the scorching heat at Witton Park Arena, our intrepid athletes from Years 5 and 6 took to the track in a friendly meeting with Saint Mary’s Hall, Stonyhurst. Whilst Westholme had over 40 athletes taking part, Saint Mary’s Hall had 12 athletes so there were no overall team results. However many Westholme athletes knocked seconds off their sprint times, not to mention in the triple Jump, Long Jump and throwing competitions. 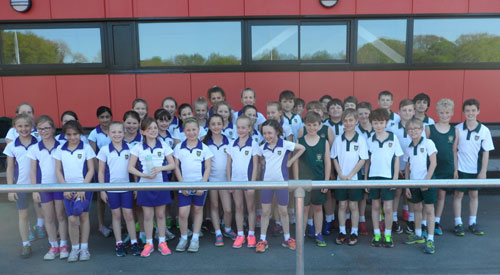 The event culminated in some exciting relay races; the boys in our A team displayed some fantastic sprinting techniques and narrowly won by just .5 of a second. The girls race was equally as exciting with a final sprint to the line which saw Saint Mary’s Hall win by less than a second.

Well done to all the athletes for their tremendous effort!