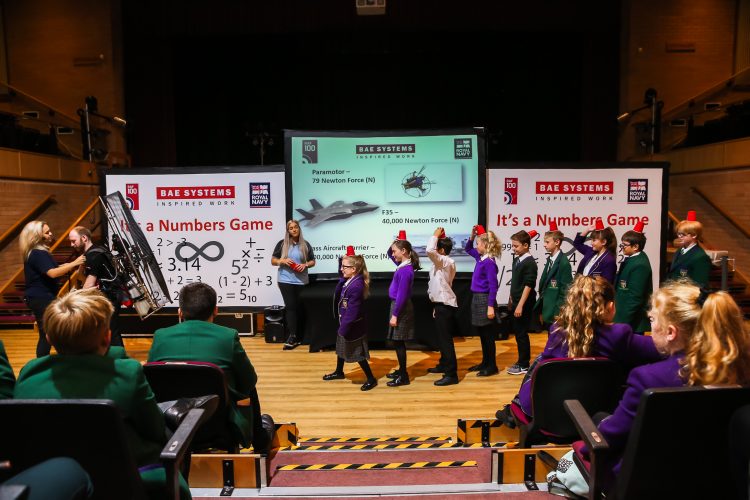 Representatives from BAE Systems, the Royal Air Force (RAF) and the Royal Navy visited Westholme on Friday morning to talk about careers in Science, Computing and Engineering.

Their informative and entertaining talk educated students about the work the organisations do and encouraged both boys and girls to explore careers in these industries.

BAE Systems work in close partnership with the RAF and the Royal Navy as they design, build and test planes and submarines. With over 50 different careers available in the RAF, the talk highlighted that there are many avenues for students to investigate.

The team brought along a special guest called ‘Now’ who is a robot. ‘Now’ has been designed to interact with humans through voice recognition and “voiceware”. They also involved students in various interactive tasks, including balancing the load on a large scale model of an aircraft carrier, which demanded some very quick mental arithmetic.

Finally, a group of students were asked to line up with paper cups on their heads in an experiment to show the thrust from the engine of a paramotor!

A big thank you to our visitors for taking the time to come to school and portraying the message that Engineering is a career that can be pursued by both boys and girls.