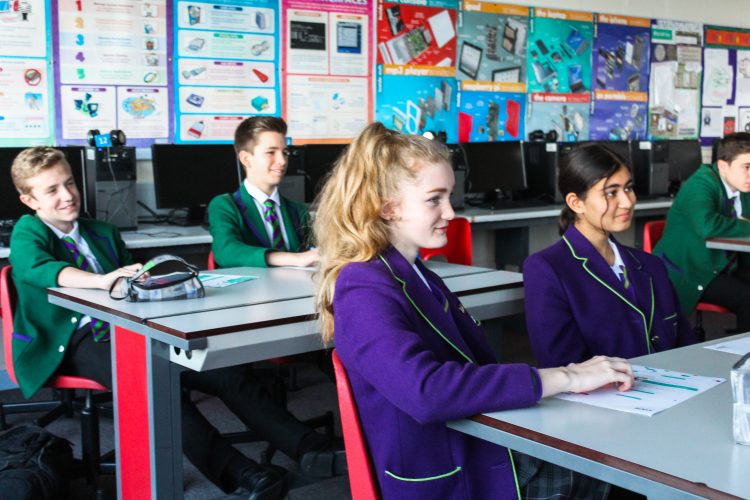 Today our Year 10 students along with 5000 other students around the UK took part in Digital Day, an annual event from BIMA, the UK’s digital trade body.

Its research* has found that only 41.5% of students have any knowledge of the potential for a career in the digital industry. After taking part in Digital Day, that response increased to 97.7%, of which, 72.6% said they’d be looking into learning digital skills after participating in Digital Day.

The survey also found that 70% of teachers believe there is not enough focus on digital skills and learning in the National Curriculum. Over 30% of students said they would change or would have chosen their subjects differently as a result of understanding more about a career in digital.

This year’s challenge partners are Vodafone, BBC Studios and The FA. BBC Studios is asking students for a big idea to promote its new digital-only series Earthlings; The FA wants an innovative idea to increase young girls’ engagement with football and boost viewership of the Lioness’ upcoming FIFA World Cup games; and Vodafone wants a VR or AR solution to change how we shop on the High Street. A winning team will be chosen for each brief in January, the prize will be £500 for the school and a workshop with one of the Challenge Partners.

Natalie Gross, BIMA Co-President says, “Young people continue to miss out on opportunities to have progressive, lucrative careers in the digital and technology sector, the fastest growing industry in Britain. This is because of an inadequate curriculum and a lack of awareness for the opportunities that are available. This lack of skills and lack of awareness is a lethal combination that will serve to stifle the growth of the British economy, at a time when we most need growth and confidence. We can change this trajectory. BIMA Digital Day is just one brilliant example of how a real difference can be made.”

*Survey conducted by BIMA of 2000 students and teachers who participated in BIMA Digital Day 2017.