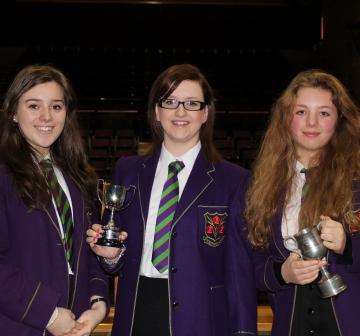 Westholme School won the Business and Professional Women’s Public Speaking Competition which was held at the Foxfields, Langho on 21st November 2011.

The Chairperson was Charlotte Jackson and Hannah Dagnall was the main speaker.   Hannah delivered a brilliant speech entitled, ”˜An Endangered Species’ that considered ”˜Where has the gentleman gone?’   Finally, Jade Jones delivered a witty and concise vote of thanks.   The team will compete at the regional final on Saturday 25th February 2012.