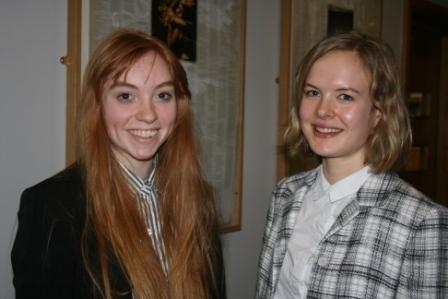 Sixth Form students compete in the second round

Flora Robson and Gabriela Sharp competed in the second round of the Cambridge Debating Competition on Monday at Manchester Grammar. The first motion that they competently argued against was ‘This House believes that squatting should be de-criminalised.’ Gabriela adopted the role of the opening opposition arguing that squatting would effectively disguise the major social issue of homelessness. Flora took on the role of the second opening opposition outlining the argument that squatting contributes to crime rates and drug issues. Both students spoke convincingly and competently. 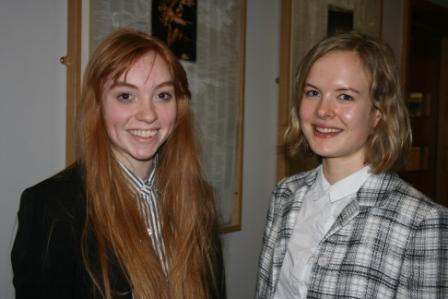 In the second debate, the motion was more complex. Flora and Gabriela had to take the role of the proposition and imagine that the Government had developed a drug to induce empathy. They had to argue that ‘This House would lace the nation’s water supply with this drug.’ Both students devised some excellent arguments for this motion. Leeds Grammar School won the debate, but Westholme were superb.