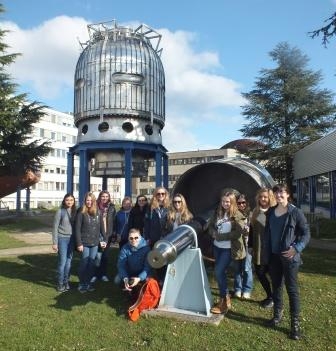 A Level students visit the European Centre of Nuclear Research

It was 5 o’clock in the morning on 26th March, the first day of the Westholme Easter holidays, so naturally the entire student body was sound asleep with no desire to rise from their beds until 10:00am at the very earliest. Oh, all except for ten physics pupils, three science teachers and me. This is an unbiased account of the Westholme trip to CERN (European Centre of Nuclear Research) from the perspective of a curious arts student. 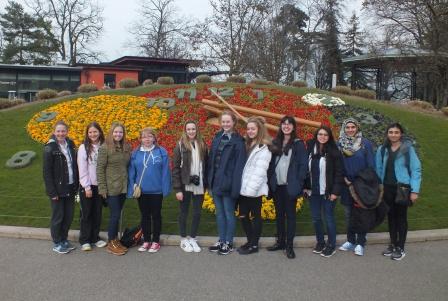 The excitement began from the outset as Amelia Blow prepared for her first ever journey in an aeroplane. Retrospectively, perhaps spending the hour’s journey to the airport discussing the art of flying 30,000 feet high at 550mph in a glorified aluminium tube wasn’t so clever, but it wasn’t enough to put her off – in fact, it seemed that the take-off might have been her favourite part of the whole trip. 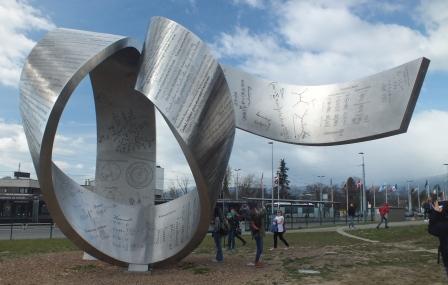 Having touched down in a cold but sunny Switzerland, we dropped our bags off at the hostel and headed straight back into Geneva. We had planned on catching a cable car to the top of one of the mountains, in order to catch a birds-eye view of the picturesque city. However, we arrived at the entrance only to find that it wasn’t running. In fact, upon further investigation, we discovered that it had never once been running… because it hadn’t actually opened yet. After shaming Mr Hiller and Dr Watson for a few minutes, we decided instead to take a boat across the river and buy ice-cream: a far more educational way to spend the afternoon. 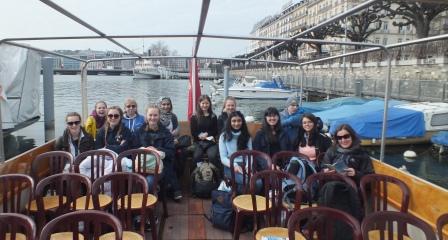 We began the following day awaiting the tram which would take us to CERN. Upon arrival at the destination which had drawn us all to Switzerland in the first place, we walked to the gates of the CERN museum. The huge room was a spectacle in itself – mostly dark, there were several lit spheres dotted around the room each containing fascinating artefacts relating to CERN – including, my personal favourite, the genuine document typed and printed out by Tim Berners-Lee, outlining his idea of a data-sharing platform which eventually turned into the World Wide Web. We spent a while in here, wandering around the room enticed by the many small creations at CERN which went on to revolutionise different aspects of life. 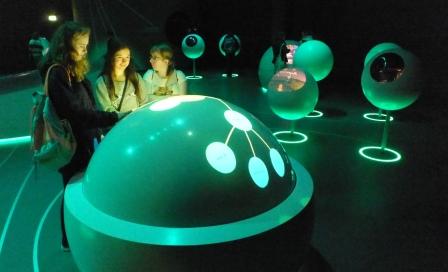 Finally, after having grabbed some lunch in the CERN cafeteria, sitting down to eat amongst some of the cleverest physicists on the planet, we began our tour of the European Centre for Nuclear Research. We were shown through many different factories, mesmerised by the sheer size of the machines, and the intricacy and complicated technology behind it all. For me, the most interesting part of the tour was the ‘Antimatter Factory’, not least because the opening scenes of ‘Angels and Demons’, the Dan Brown novel-turned-film, took place in that exact building. However, the science behind antimatter was also brilliant – even to someone who had never studied science beyond GCSE! 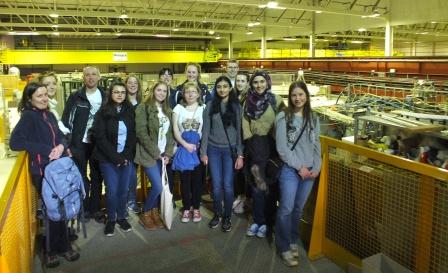 That evening, the Westholme students returned to their inner, competitive roots and headed to a ten-pin bowling centre. Emma Dean demonstrated her natural ability for all things sports-related and kicked everything off with a strike. Meanwhile, the tension between Mr Hiller and Dr Watson could have been cut with a knife – after a captivating couple of hours, Mr Hiller was crowned champion of the bowling alley, leaving Doc Wat in silent shame.

The third and final day brought further excitement in the form of a boat ride. From Lake Geneva, we could marvel at the beautiful lakeside houses and the snow-topped mountains which surround the city. The teachers then had the wonderful idea of walking the footpath under Geneva’s ‘Jet D’Eau’ – one of the world’s largest water fountains. Needless to say, this resulted in eleven drowned students and three highly amused teachers. 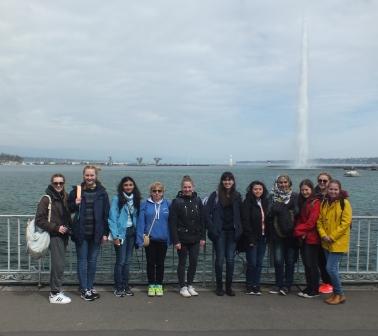 Before we headed back to England, our final destination was the United Nations Office. At the entrance of the magnificent building is the ‘Broken Chair’, a large wooden sculpture of a chair with one broken leg. Students were entertained by the sight of Mr Hiller sitting on Dr Watson’s shoulders as the two worked together in a (successful) attempt to reach the broken leg. 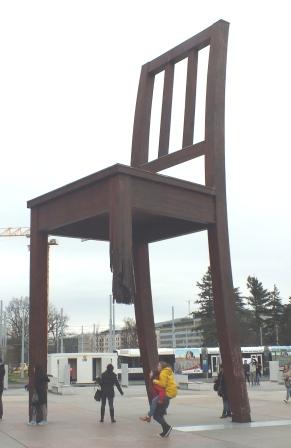 Overall, the trip was a massive success and, in the honest opinion of a non-science student, CERN is one of the scientific ‘wonders of the world’, perhaps ultimately to answer the big questions which will propel us forward in the world of science.