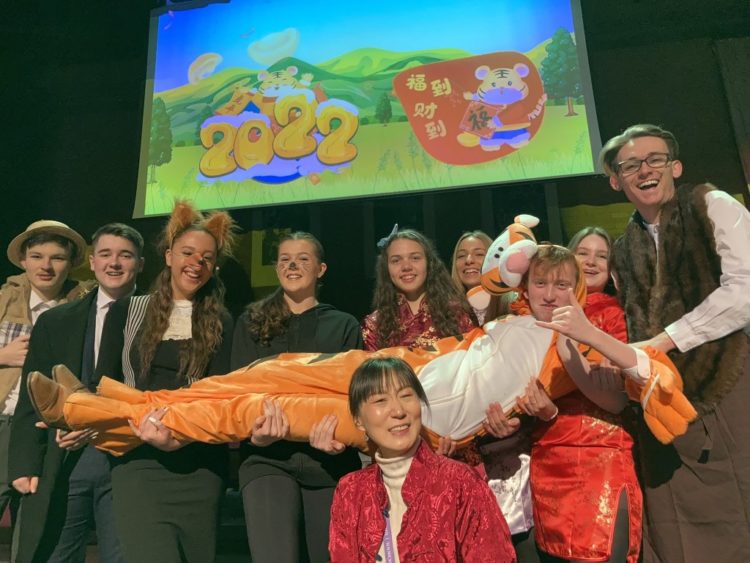 Tuesday 1 February was Chinese New Year and it marked the start of the Year of the Tiger. To celebrate this special time, the Mandarin department organised whole school activities including a ‘treasure’ hunt where students searched around school to look for Chinese characters.

Despite many of our students not having any prior knowledge of the language, they were fascinated with how Chinese characters look and the logic behind it, which helped them to work it all out. Please watch this space, the winning team will be announced in next week’s Chinese New Year assembly.

We were also privileged to have staff from UCLan’s Confucious Institute join us on Thursday to work with our students. Our Year 8 artists experienced Chinese brush painting enthusiastically and produced some fantastic renderings of pandas and bamboo. The Year 7’s and Year 9’s were treated to a session of Tai Chi, followed by the ancient art of Kung Fu delivered by a professional martial artist; it was such an eye-opening experience to be up close and personal with the action! To end the sessions, some students even had the opportunity to learn some Dragon Dance movements with ‘baby dragons’ and had a real blast!

It was such an enjoyable day. Well done to all the students who took part willingly and a big thank you to Mrs Green, Miss Dent, Mr Walker and everyone in the PE department for their support.

On Thursday 10 of February, in Senior School, we celebrated the Year of the Tiger in morning assembly. A powerful and fun performance was delivered by our own Inspired Six Form dramatists who brought one of the ancient Chinese fable stories ‘The Tiger and the Fox’ to life.

Other than being part of the zodiac, tigers have a significant place in Chinese Culture. So, after a trying and humbling Year of the Ox, we would like our students to think like a tiger, always being ready to charge ahead with strength, might and with determination and the willingness to be proactive. May we all be as powerful as a tiger too, finding strength, patience and optimism in whatever we do. This is our year!

Friday also saw us celebrate Chinese New Year in the cafeteria, with a specially themed lunch laid on in style by our catering partners Thomas Franks. There was a delicious selection on food on offer from ribs, to noodles, sweet & sour chicken and much more!

There were even some ‘Year of The Tiger cupcakes’ which went down a treat with both students and staff alike!