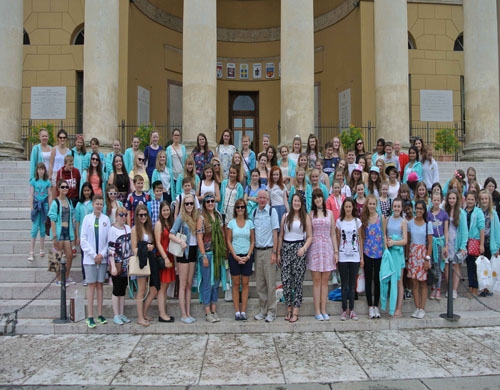 Staff and students enjoy the 2014 Choir Tour to Italy

The 99 members of the 2014 Choir Tour embarked on their tour to Italy last week. After a struggle to fit Ute Schmitgen’s Double Bass in the boot of the coach, they were soon off on their travels!

Day one saw the group arrive at Hotel Gardesano a little earlier than expected, but the few who had to wait for their rooms to become available were quite happy to spend the time eating the Italian food available from the cafe right next to the hotel pool. Before long every member of the choir was splashing around in the pool or sunbathing in one of the most relaxing periods of the week. After a lovely evening meal, the group took part in the traditional and necessary first night rehearsal before heading off for a well deserved night’s sleep. 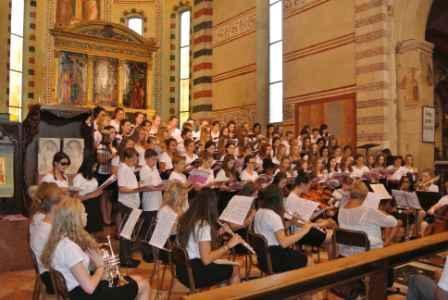 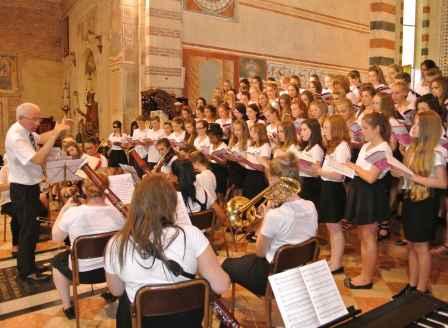 The 7am breakfast call for day two was followed by a visit to the nearby Gardaland Theme Park, which allowed choir members to enjoy plenty of exciting rides including the Blue Tornado, Raptor, Mamut and Log Flume. After returning to the hotel for a quick change, they set off to Chiesa Saint Zeno in Verona for a concentrated setting up period ready for the first concert. After solos from Georgia Flatley and Steph Parsonson the choir filed into place for Faure’s Requiem which also featured a solo from Sophie Hodson. The audience seemed delighted by their efforts and gave a standing ovation. A late evening meal and 10pm ‘Simon Says’ game, followed by floodlit Volley Ball games rounded off a wonderful day. 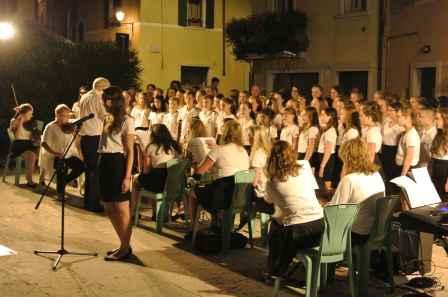 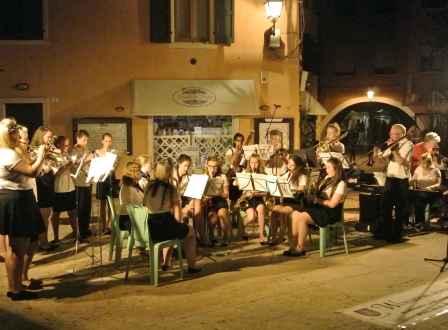 The next stop saw the tour head to Venice where they took in a delightful boat ride into the city where most pupils enjoyed riding a gondola and seeing such places and St Mark’s Basilica, The Doge’s Palace and the Campanile. After a good sightseeing expedition, they returned to the hotel for an early meal and to perform the next concert on the shore of Lake Garda. Excellent lighting and amplification helped the ‘Coldplay’ and ‘Olly Murs’ medleys, along with superb solos from Evie Jones and Steph Parsonson delight the audience. The evening drew to a close with a greatly appreciated 25 minute set from the Swing Band. 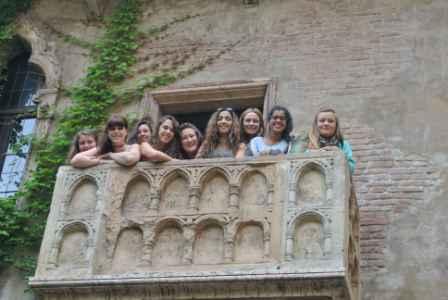 Fully into the swing of Italian life, students got up for a 6.45am breakfast call on day 4 to enable an early departure for Milan where they visited the Last Supper Fresco, The San Siro Stadium, Milan Cathedral and various famous fashion houses, shopping centres and restaurants. A disco back at the hotel gave the pupils an exciting end to their last full day while Mr Millest learnt a new skill as bouncer waving his arms at the 20 or 30 hotel residents who tried to join their party and attempting various Italian pronunciations of the word ‘private’! 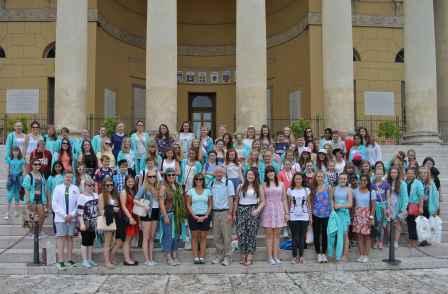 On the final day, the group packed their suitcases before local coaches took them into Verona where most visited Juliet’s Balcony, the Roman Amphitheatre and yet more shops and cafes before returning the hotel and setting off for home. A changed route took them through the beautiful mountains and lakes on the way to the Gotthard Pass.

As they arrived back at Wilmar Lodge, the group were anxious to share their many stories with their families, although not before an early night and hopefully, at last, a very late breakfast!