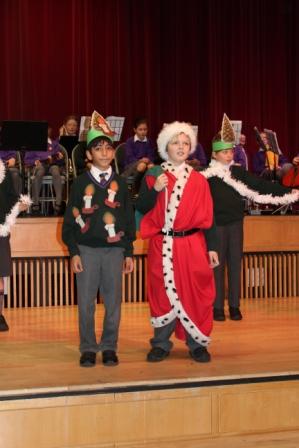 The Junior Schools performed their Christmas assembly in front of their families and friends in the theatre at Wilmar Lodge.   It began with the traditional carol, The Holly and The Ivy, and there, the service began.

The Harp group, Year 5 recorder group, Brass and String groups performed their pieces beautifully, throughout the assembly.  Chloe Sutcliffe read a comical poem entitled ”˜Talking Turkeys’; about the life of a Jamaican turkey! It was indeed, very funny and well done to Chloe for mastering the tough accent! 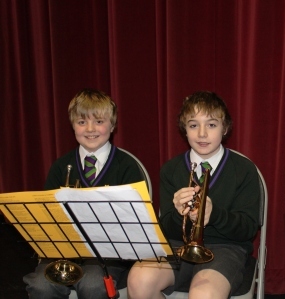 5M performed a funny, if a little sad French story, called Le Petit Sapin, about a little Pine Tree who, no matter how much it snowed, did not get covered in it at all. As always, the story had a happy ending and well done to the boys who spoke and sang in perfect French. 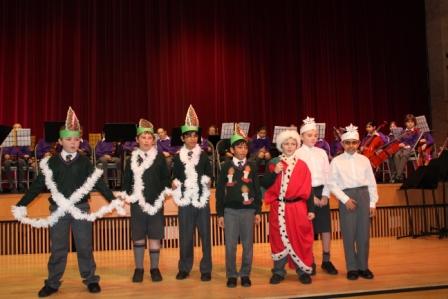 ”˜I Keep My Snowman in the Freezer’ was performed by the girls in Year 3 – this was again, a funny poem and the girls delivered their lines with great comic timing. 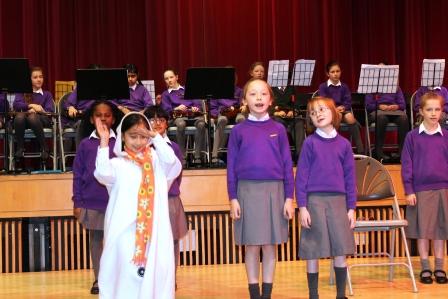 The assembly concluded with the Junior Schools’ Orchestra playing 2 songs, before the whole audience joined in by singing ”˜We Wish You a Merry Christmas’.

It was a fantastic assembly; well done to all of the pupils who took part – they were real superstars!