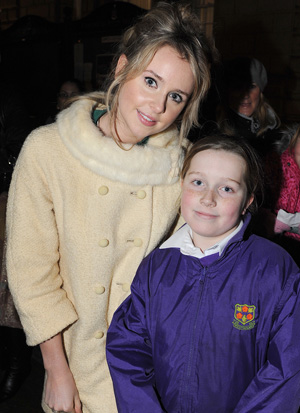 When Old Westholmian Diana Vickers returned to Blackburn to switch on the town’s Christmas lights last Thursday, it was an occasion not to be missed for lots of Westholme pupils.

Lucky Tilly Sturgess of Year 5 was determined to speak to Diana, and when she attracted her attention they chatted about Westholme life and in particular Mrs Stott (Tilly’s class teacher).  Diana told Tilly that she was very lucky to go to such a fabulous school!