Should we give up juicy burgers and sumptuous steaks?

Meat was on the menu at the Key Stage 3 Westholme Debating Society. Rayan Afsar, Year 9, and Rabia Majid, Year 8, argued that meat was in effect ‘murder’. Rayan delivered a powerful, persuasive speech exploring the cruelty of eating meat. He used powerful images to support his cause. He took his audience on a journey of the animal’s pain. 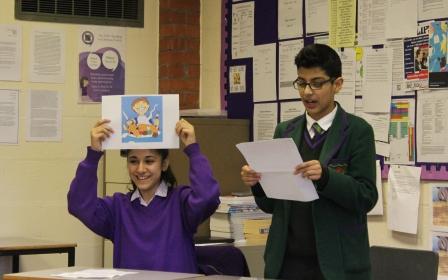 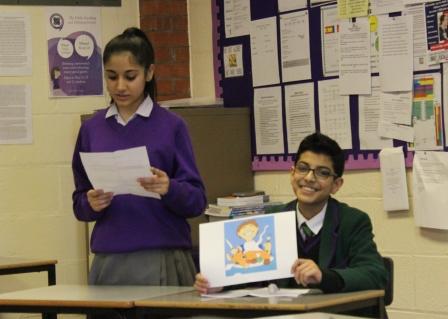 Supporting Rayan was Rabia Majid, who explored the alternative to eating meat. She suggested that it was time to take a break and move away from this tradition.

Arguing against the motion were two highly capable Year 8 students, Isabelle Shaw and Zaynah Moazzam. Isabelle countered Rayan’s arguments very efficiently, also using emotive memories of Christmas time and plump turkeys, drizzled in gravy accompanied by cranberry sauce. Zaynah, on the other hand, directly challenged the arguments of the opposition and explored the health benefits of eating meat, mentioning the elusive vitamin B12. 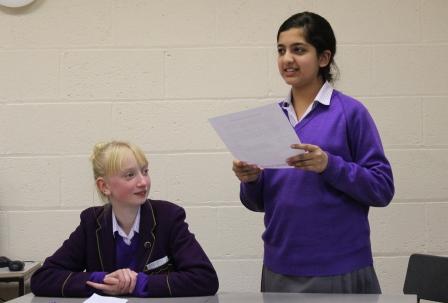 Questions from the audience were thoughtful and pertinent. Charlotte Burke asked a particularly thoughtful question about the deliberate breeding of animals for debate. Mrs Bruce was especially captivated by the fierce debate as she tucked into her vegetarian lunch!

So what did Westholme decide? Should we give up juicy burgers and sumptuous steaks? Or should we spare the cuddly spring lambs from the evils of mint sauce?

The audience voting against the motion and decided that meat does have a place on our menu.