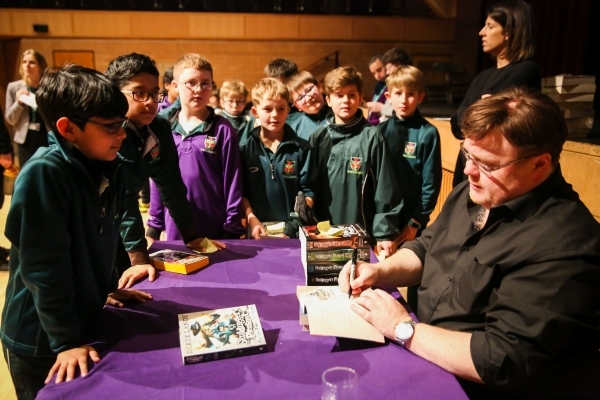 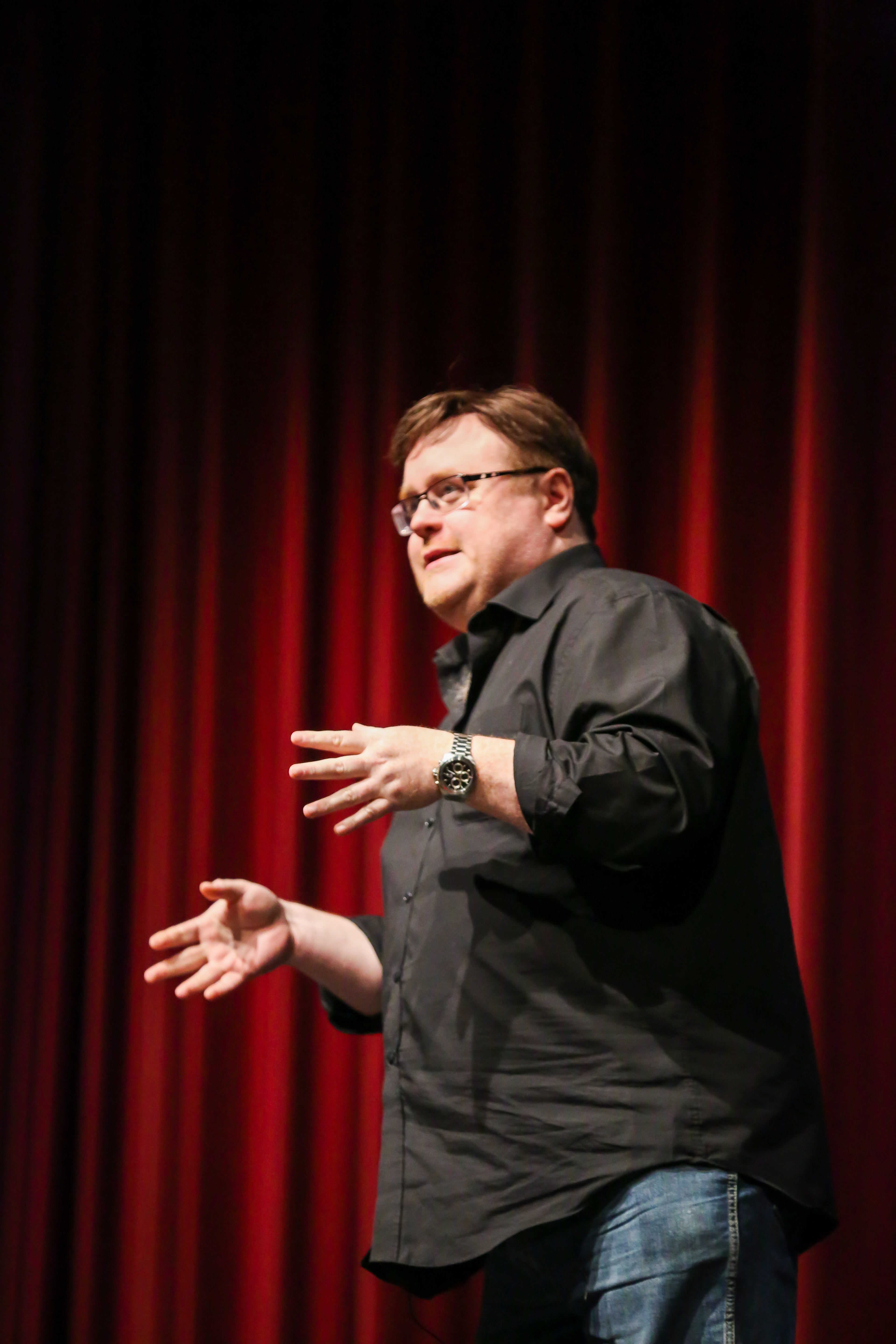 Yesterday, to celebrate 20th Anniversary of World Book Day we invited students from other Junior Schools to join our own Year 5 & 6 pupils to hear a talk by renowned, author Derek Landy. This event was held in conjuction with our friends at Silverwood Events. Many of the students were dressed up and the auditorium was ablaze with colour and costume. 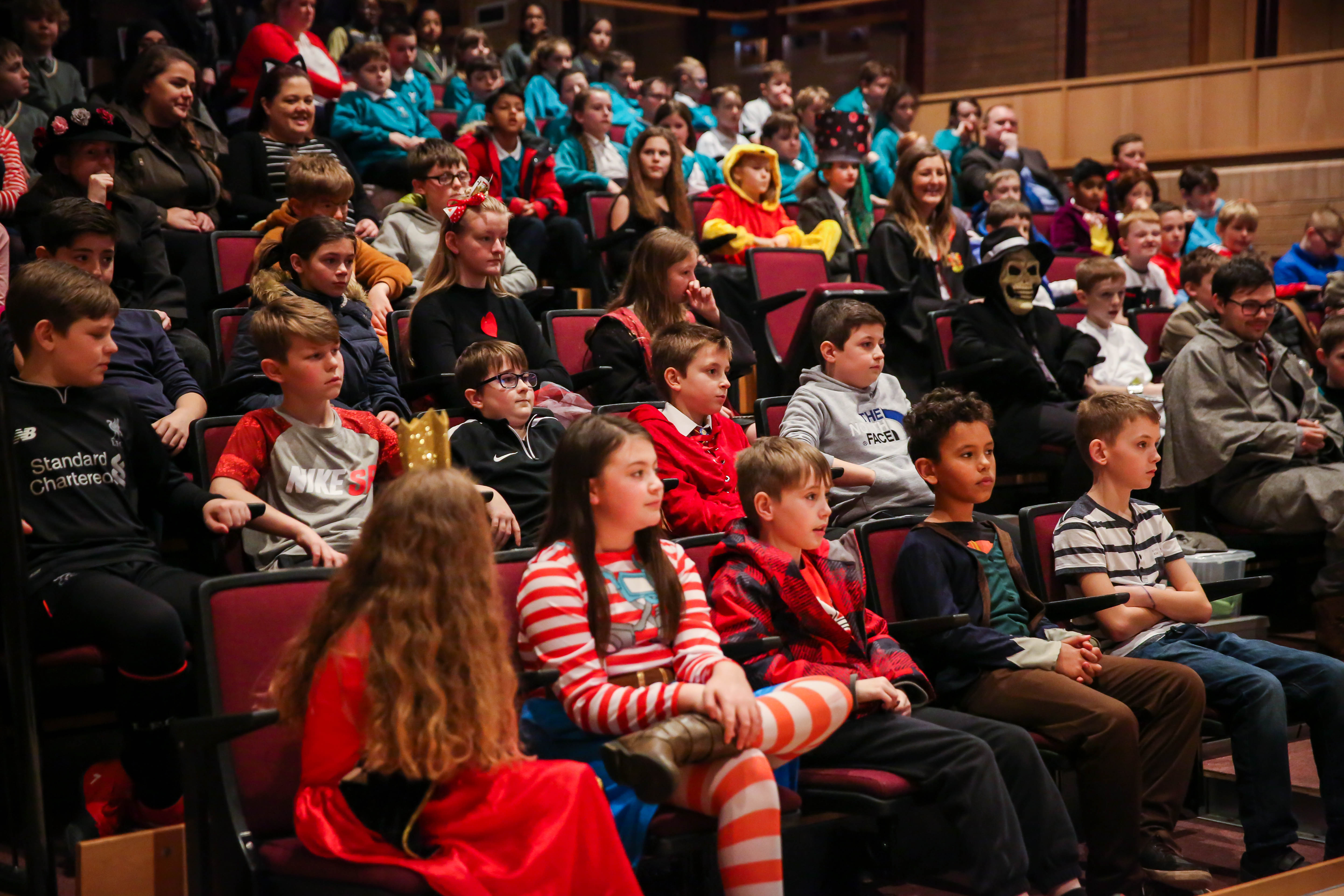 Right from the start, Derek held the attention of the excited students and had them laughing and joining in the discussion as he talked animatedly about his career from humble beginnings, through the ups and downs which led to his career as a successful children’s writer today. 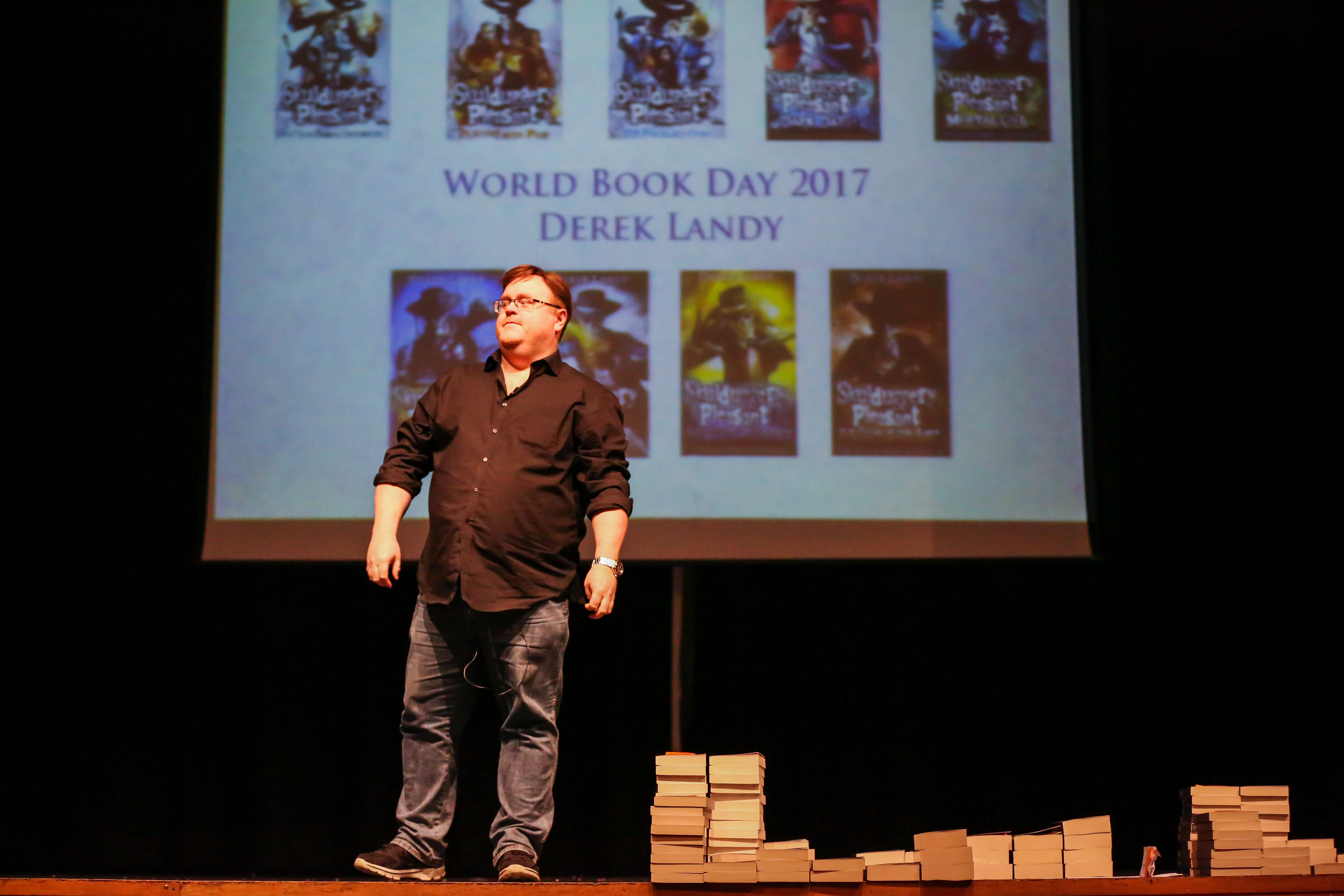 The ‘Skulduggery Pleasant’ series has been his best selling books to date and they have obviously captured the imagination of both boys and girls of varying ages who queued patiently to get their books personally signed by Derek. 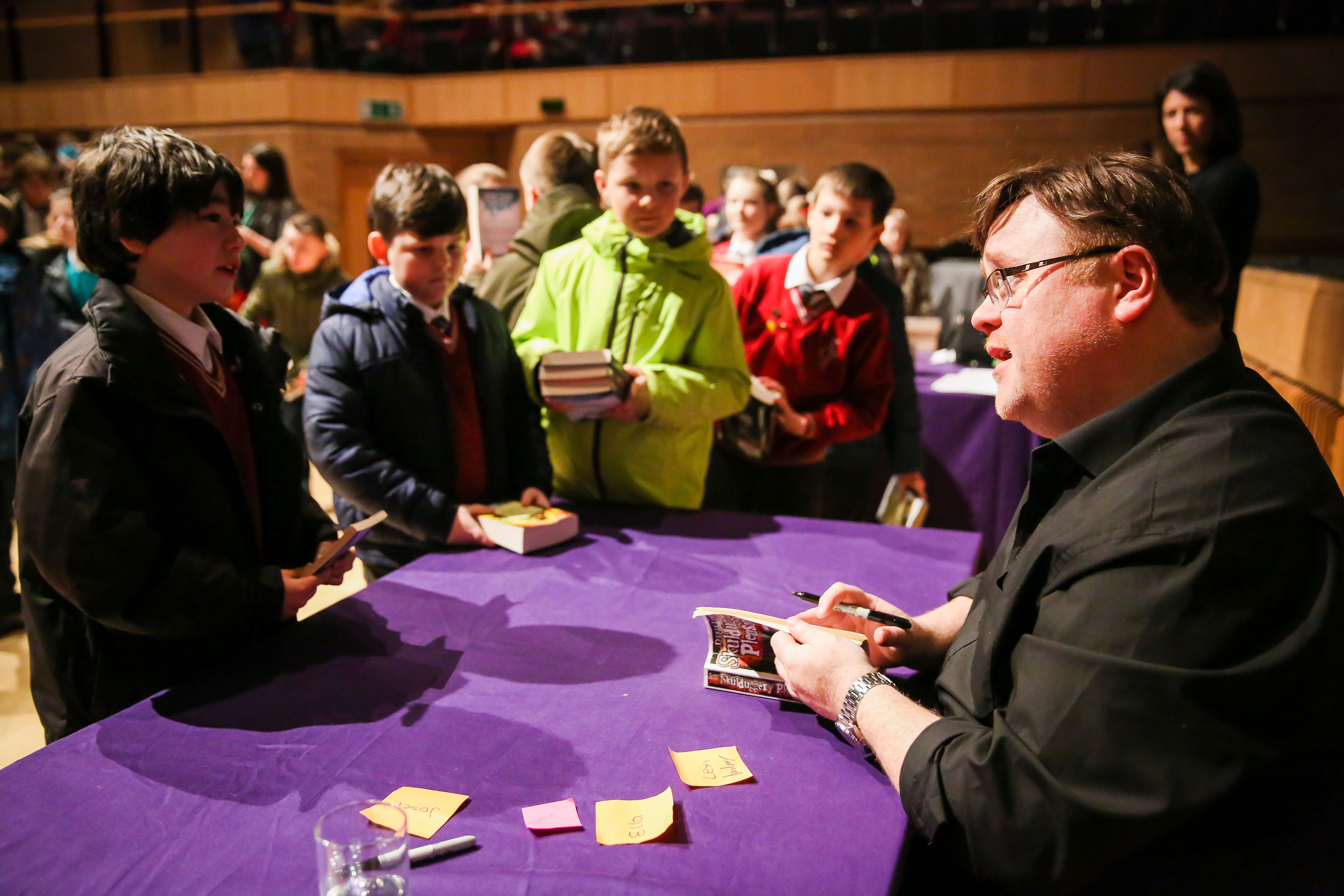 One of our own students, Matthew Middleton, had brought along a photograph of himself dressed up as the main character from the story, ‘Skulduggery Pleasant’, in the hope of getting it signed by its creator. Matthew was even more delighted when he also managed to have his picture taken with his hero. 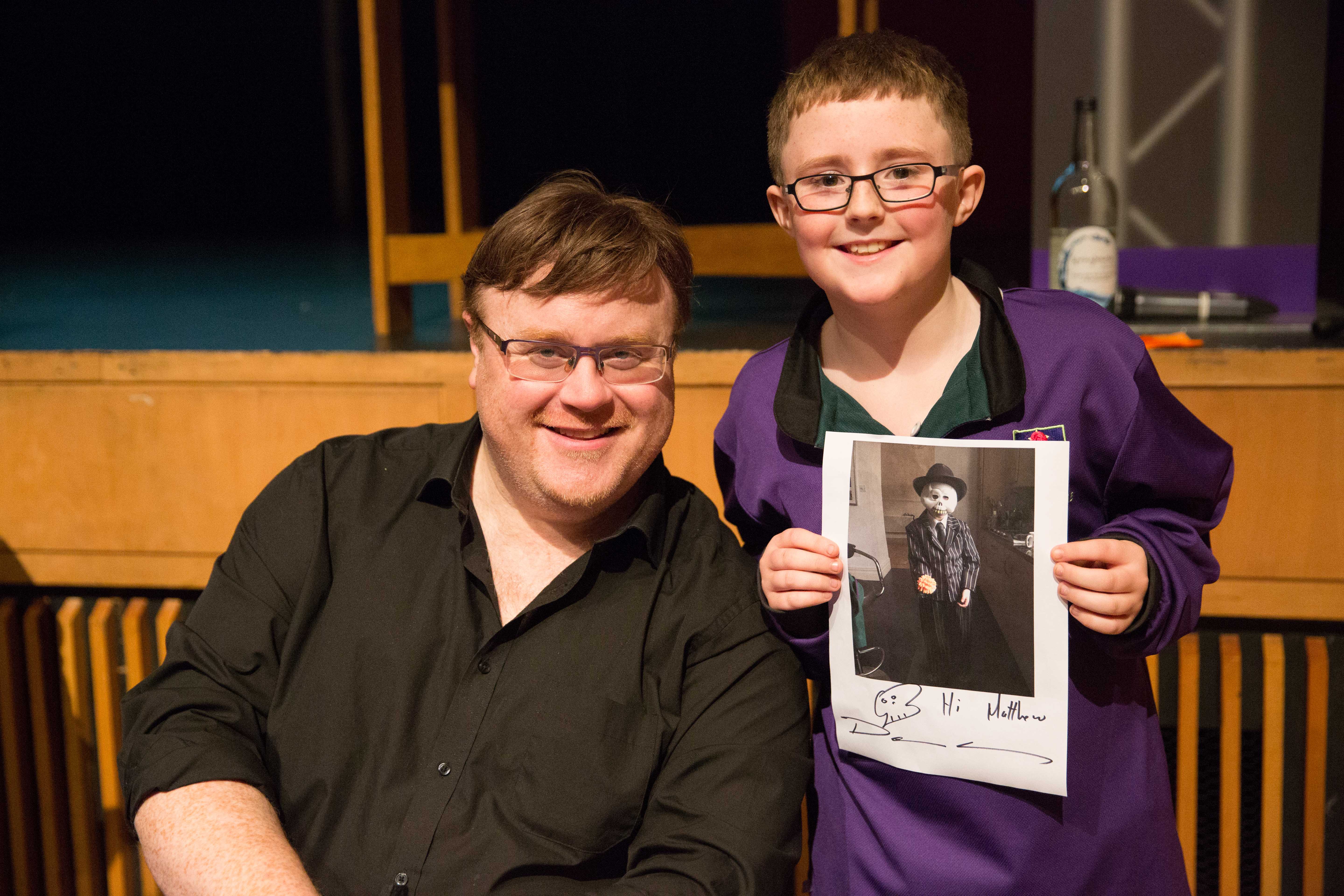 Many of the students and teachers expressed how much they had enjoyed the talk and how inspirational they found it and Derek very kindly spent over an hour signing books and talking to the children. Of course we couldn’t let him leave without signing our own Westholme visitors book and we certainly won’t forget this World Book Day in a hurry! 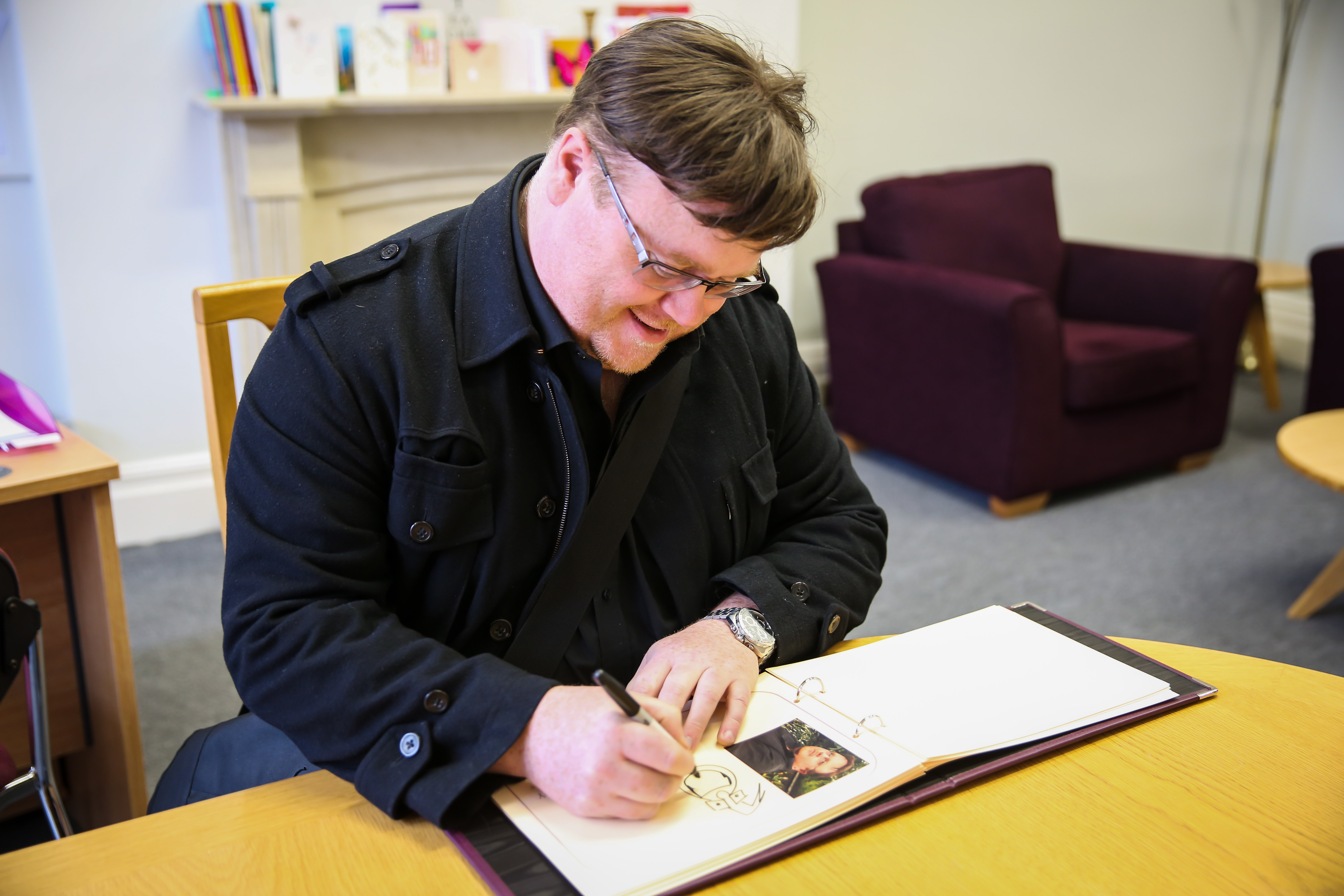 Many thanks to Derek Landy and Silverwood Events for a very special day.