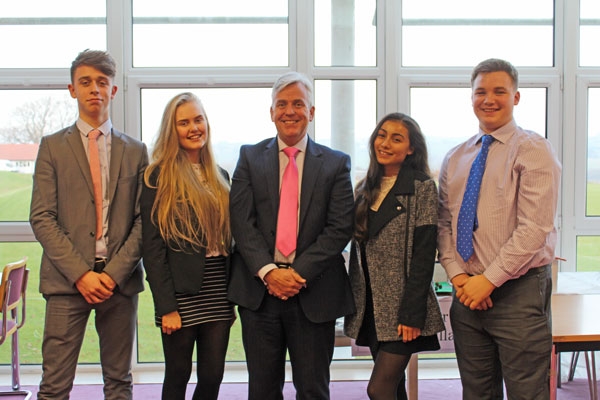 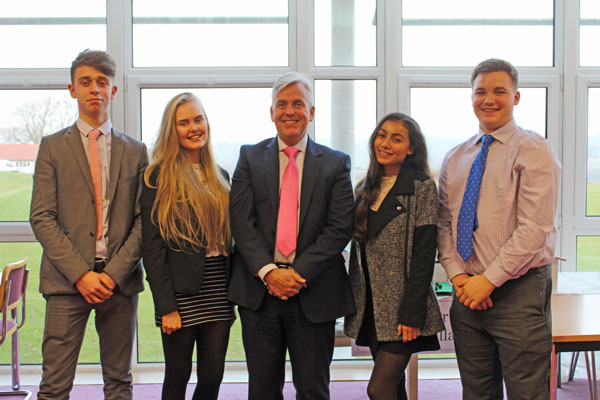 Gwyn Lewis, is a senior partner and lead principal at Burton Copeland Solicitors in Manchester, and has built up a wealth of knowledge and expertise over 30 years.

Gaining his higher rights of audience at the Crown Court in 2000 he has gone on to conduct numerous trials in Magistrates and Crown Courts around the country up to and including successful appearances in the Court of Appeal.

He has dealt with a full range of serious criminal cases including gangland murders and multi million pound drug importations together with carrying out successful Court’s Martial appearances on behalf of service personnel throughout Europe.

Gwyn highlighted to students the legalities surrounding driving convictions and the associated life changing consequences that can result from the temptation of reaching for a mobile phone, or finding yourself at the drink driving limit whilst behind the wheel of a car.

Through Gwyn’s professional experiences, he was able to bring into reality just how dangerous a car can really be!

To find out more visit the Burton Copeland website –  https://www.burtoncopeland.com/