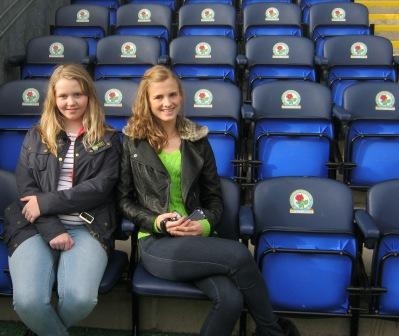 Year 9 students head to Ewood Park for a media day 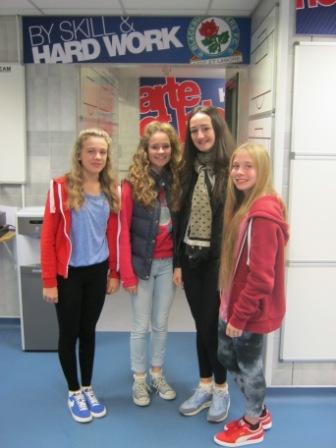 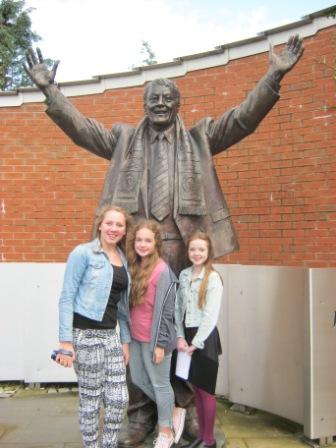 The first port of call was the Education Centre in the Darwen End where the girls prepared questions in Spanish for the upcoming interview and collected video cameras. Then, suitably wrapped up warm, they all set off to produce a video tour of the stadium with Spanish commentary. They filmed all sections of the stadium, including the changing rooms, but managed to resist the urge for an ice bath. Everyone was also very excited to see the trophies, but the player interview was the highlight for most. Yeray Torres, a young Spanish academy player, was very hospitable and answered all of the girls’ questions, even posing for photographs and signing them for everyone. 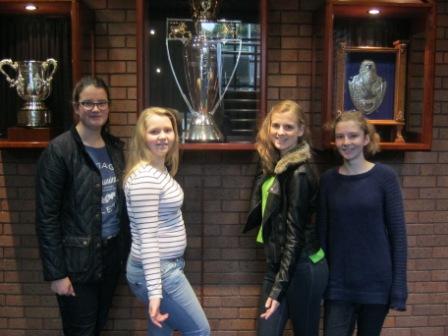 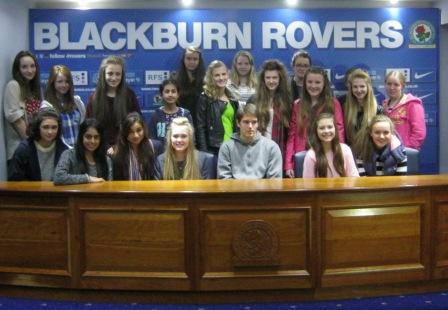 After lunch, it was back to the Education Centre to compile our video tours. Except for a slightly damp and very cold séjour at the Jack Walker statue, the girls spent the afternoon editing their videos and adding music, captions and credits. 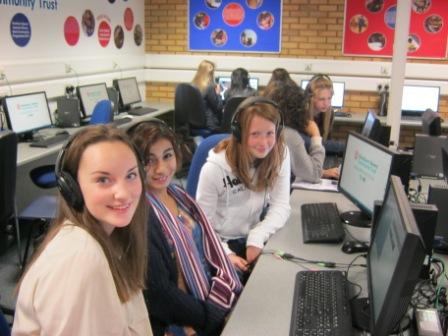 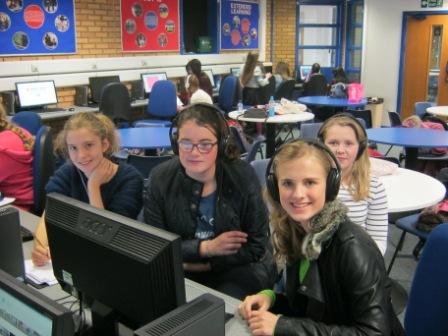 At the end of the day they had the chance to watch their video back. It turns out there might be a few budding television presenters in Year 9 and perhaps some of the girls might start watching a bit more football if Señor Torres makes the first team…!