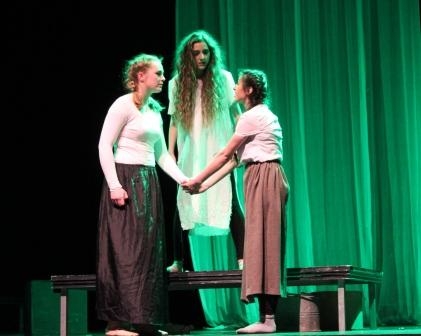 Exam success for A Level and AS drama students

AS and A2 drama and theatre Studies students presented their practical examination pieces to a delighted audience of family and friends in the Croston Theatre on Wednesday 22nd April.

The first performance was an extract from ‘Jane Eyre’, a modern adaptation by Polly Teale, exploring the world of the young Jane and her wild alter-ego, Bertha. Annabel Steele played Jane with passion and dignity impressing the audience with the sheer force of her acting skills. Alicia Pursnani was equally captivating as Bertha’s insane wife; she never left the stage, maintaining this fascinating character with great focus and skill. 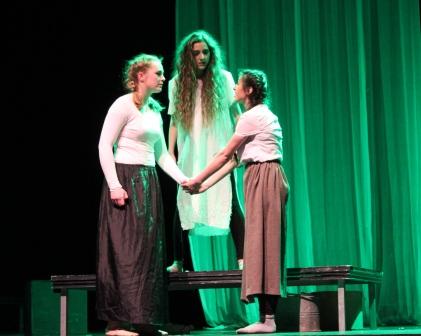 Ella Holt was magnificent as the malicious and bitter aunt, Mrs Reed and heartbreaking as the dying Helen Burns. She also played Adele, Rochester’s ward, charming the audience with her sense of fun and innocence. 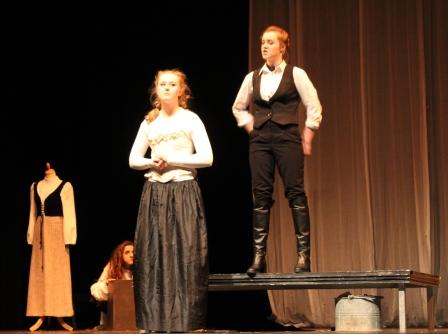 Elysia Kenyon was given the most difficult task of all, playing the male characters. Her portrayal of John Reed, the spoilt and cruel cousin was superb. She went on to play Brocklehurst, the sadistic teacher at Lowood School, and finally Rochester who she gave humour and intelligence, adding to the romance of the piece.

The second performance was a creative adaptation called ‘The Coal War’ about the 1984 Miners’ Strike. The students created a thought provoking and hilarious piece of political theatre which was enthusiastically received by the audience. 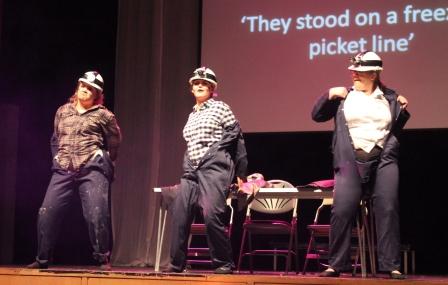 Kirsty Dutton, Eve Jones and Hannah Wood played an impressive range of characters from cabinet ministers to coal miners and combined media footage with a 1980’s soundtrack to thoroughly entertain the crowd. 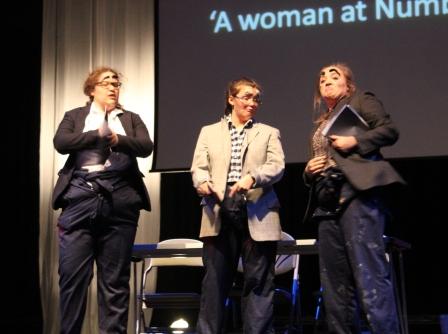 Their skilful portrayals culminated in a violent picket line scene which had an emotional impact on everyone in the theatre.

The moderator was extremely impressed with the students’ dedication and skill; both examination pieces received top band marks, ensuring excellent results for all.