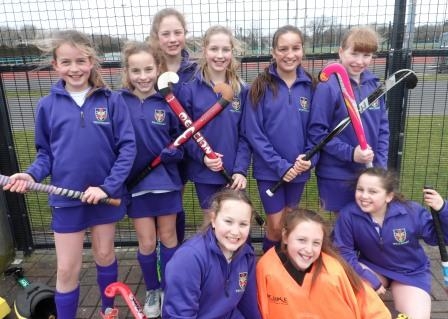 The Year 6 hockey team played in the AJIS Hockey Tournament at UCLAN on Thursday 5th March.

Match one against Birkenhead was an exciting start to the tournament and with only 7 minutes to play, the game was drawn 0-0. Rossall came next and the team played amazingly well, with both teams playing some end to end attacking hockey. Tilly Daley made excellent saves but just before the end of play, Rossall managed to score a winning goal. 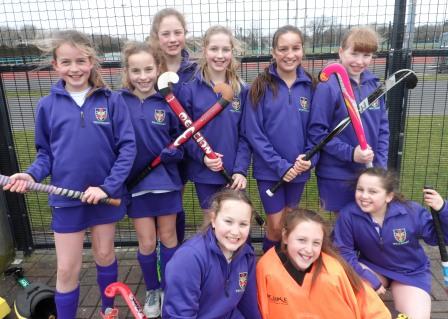 The team played their next game against Kings who went on to win the section. They made some fine attacking moves but at full time the score was 2-0 to Kings.

Birkenhead and Westholme had drawn on points so had to play a series of penalty rushes; one player against the goal keeper. Fortunately our team had practiced these the day before so were quite confident to take the penalties and Westholme won the series by 2 goals to 1, and finished third in the section.

They then played against Newcastle in the plate competition. Newcastle managed to score 2 goals to win the game.

Congratulations to all the players who all played some excellent team hockey.