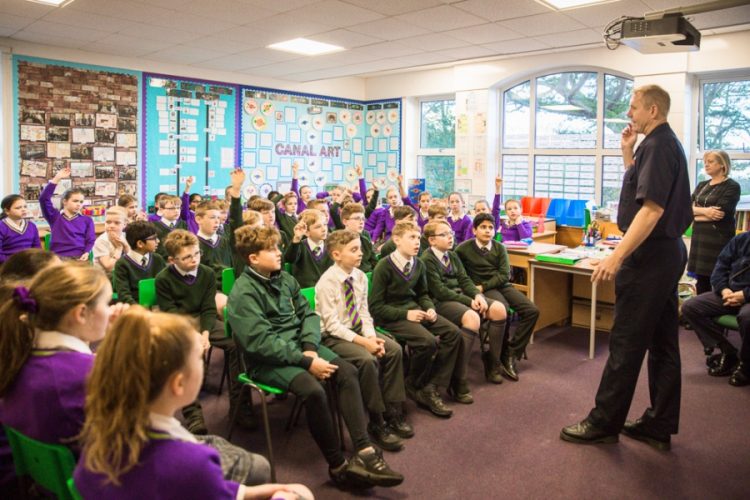 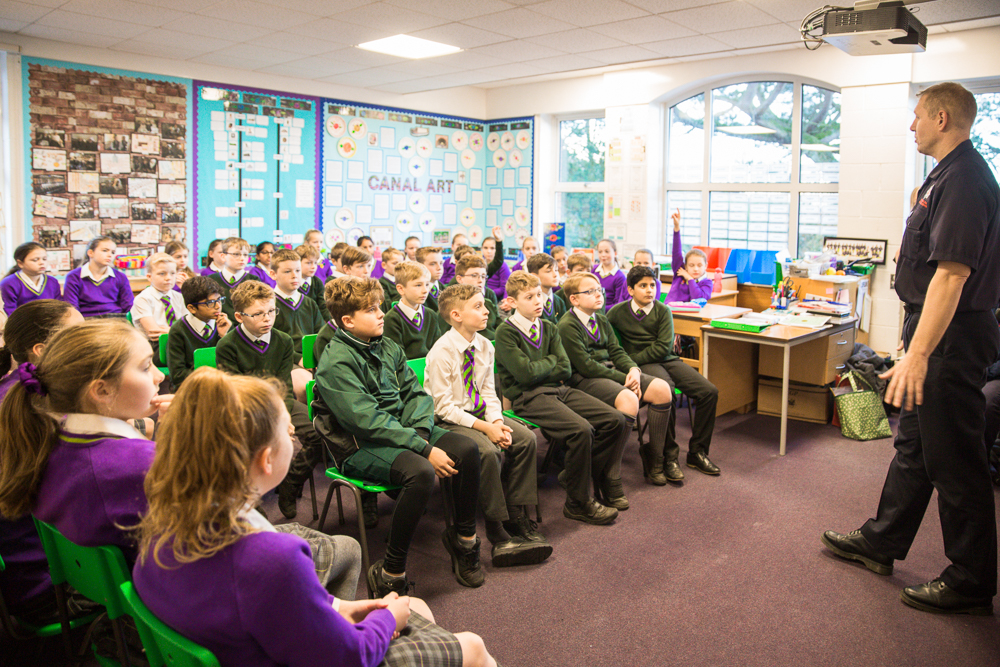 The firemen refreshed the children’s memories about what to do in case of a fire in their homes and talked about the importance of having an escape plan. They also talked about the dangers associated with making hoax calls and how that could put other people’s lives in danger. 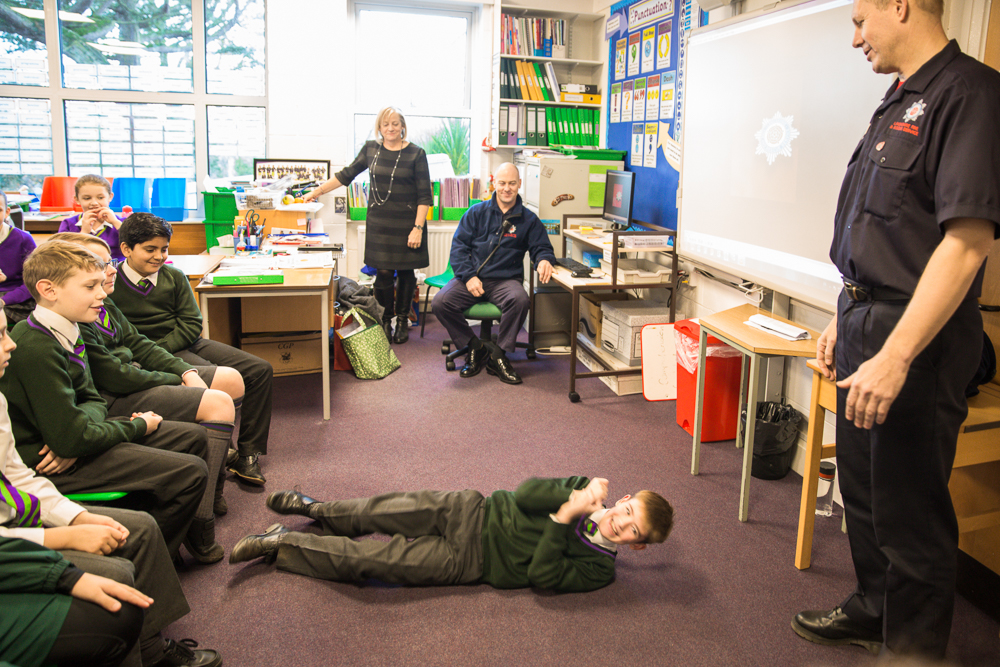 The second part of their talk was about road safety which was a timely reminder just before we start our “Park and Stride” week. Maya Pickford was given a huge surprise when they showed a video about car safety as she was starring in it! It had been filmed several months ago so Maya had forgotten all about it and now it is being shown to children in schools across Lancashire! 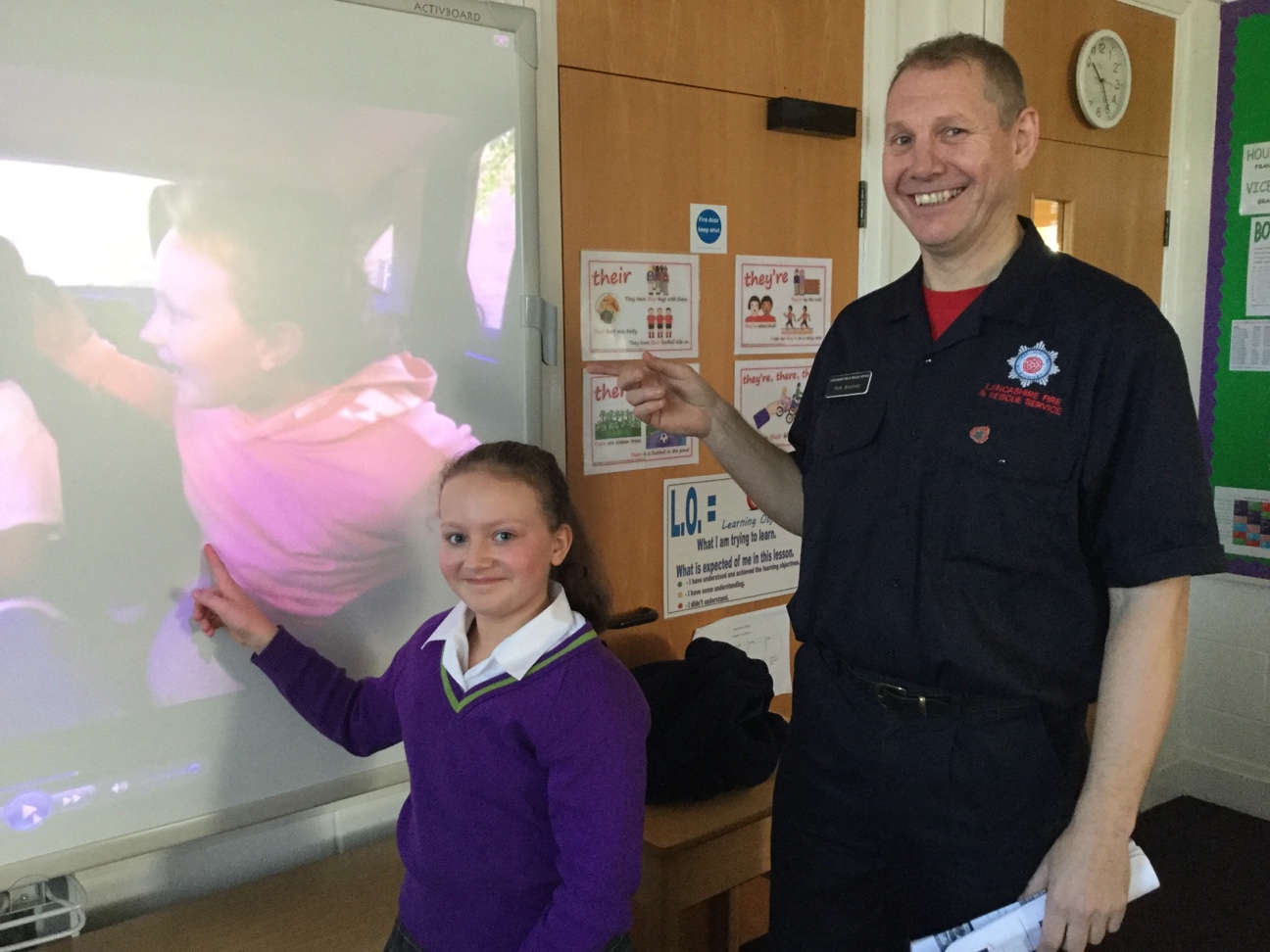 The final piece of excitement was when Mr Haworth had to dress in full fire fighting kit against the clock. It took him 29 seconds and takes a fireman 20 seconds – keep practising Mr Haworth! 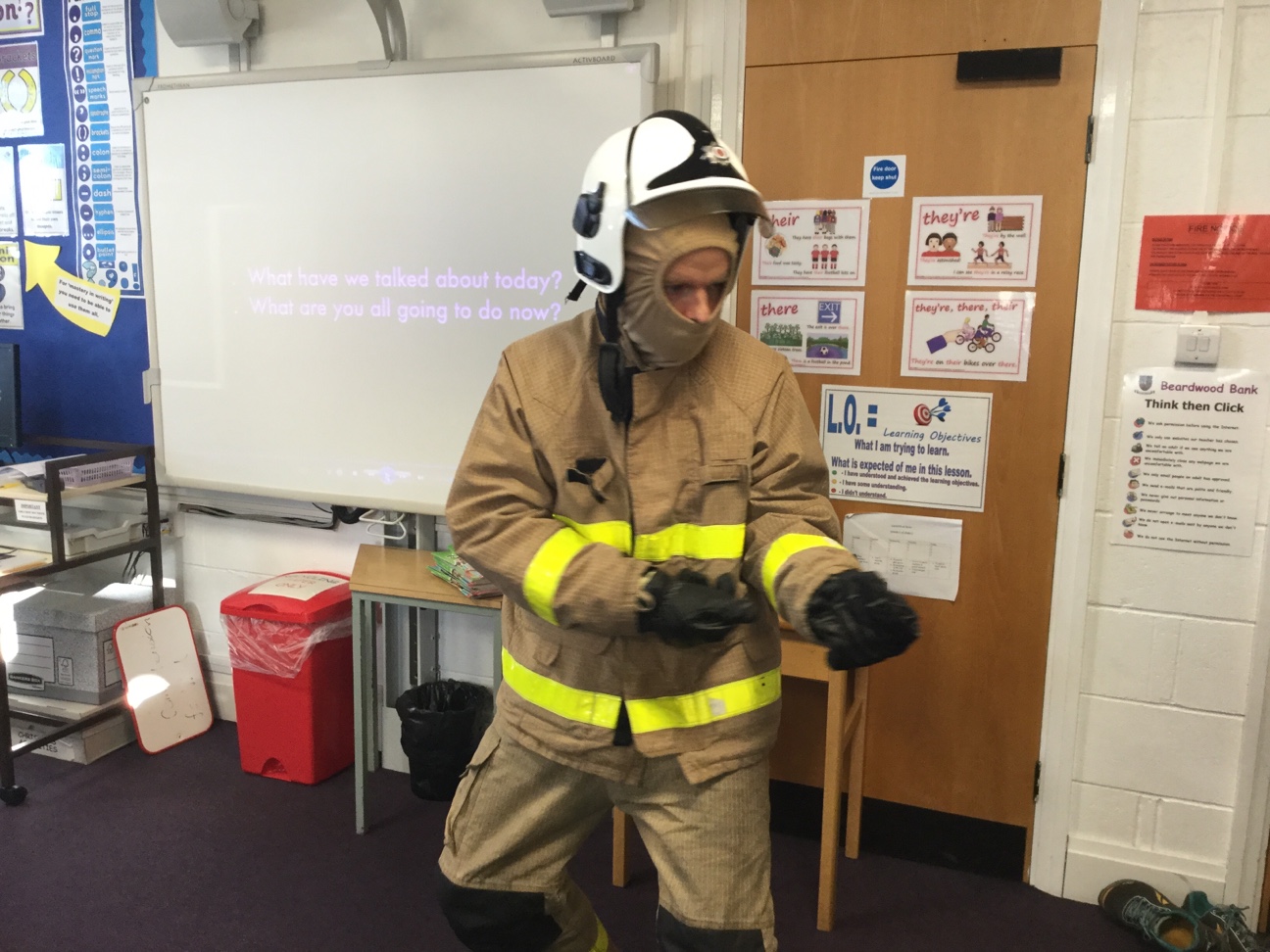