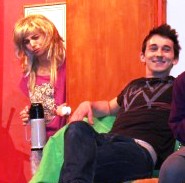 Thanks to the very generous donation from the Westholme Association, the Theatre hosted the first of two language plays on Wednesday 28th November 2012.

The visiting theatre company, Onatti, was in school to perform the French play, ”˜Les Filles’ to all pupils in Years 9 to 13 who learn French.   Sam and Claire, the actors for the morning (ably assisted by Lois Westall of 9W) entertained the audience with a comedy about the unlucky in love character of Nicholas, who, after being grounded by his mother following a terrible parents’ evening, decides to invite a new love interest, Celine, to his house.   Unfortunately his girlfriend, Emilie, also turns up and he must not let the two girls meet. 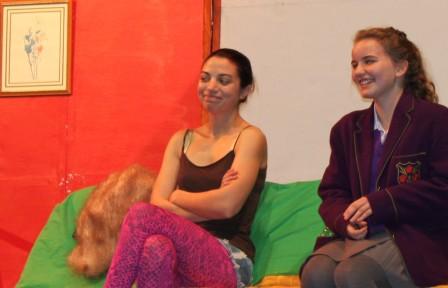 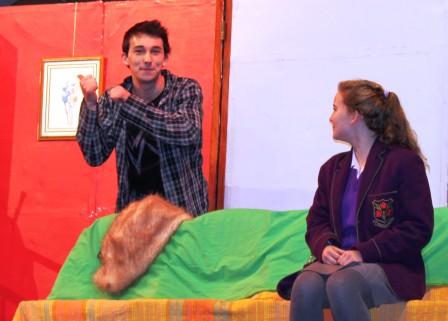 The play was very entertaining; we look forward to welcoming the Spanish play in March.