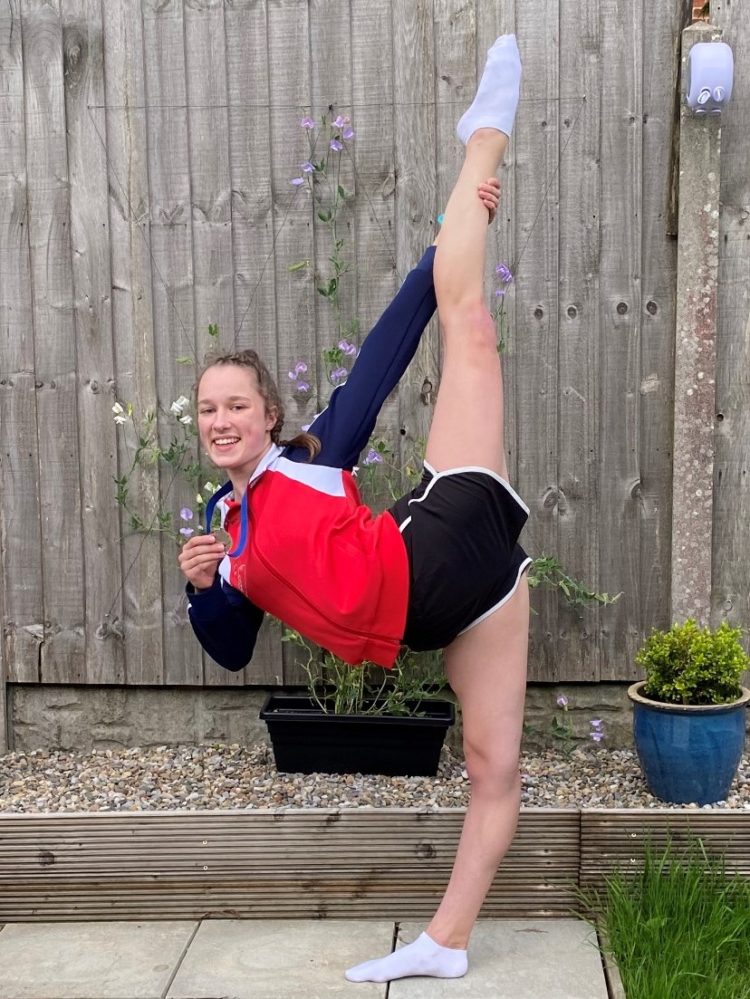 On June 12, Caitlin (who will be continuing into Year 13 in September) competed in the Kyolis Cup, her first international individual competition hosted by France.

Unfortunately, the competition could not take place in the host nation due to safety restrictions, therefore, Caitlin had to film two routines in her gym to be submitted and streamed online.

Ten days before the submission deadline, Caitlin was instructed to isolate; she was anxious that she would miss the deadline, however, the hosts allowed her to have a one day extension to the deadline so that she could still enter. This meant that her first training session back after isolation was the only day to film her routines, which added to the pressure.

She managed to complete two clean routines with no drops and come away with personal best scores in both clubs and ball, beating her previous bests by over four points, and place 2nd in ball.

Additionally, she has since competed in the Virtual Cup hosted by Bulgaria and also came away with silver in both ball and clubs and bronze overall.

This is an outstanding achievement by Caitlin, who deserves huge congratulations for her efforts on the national stage. Caitlin is proof that with dedication, passion and enough practice, anything is possible.