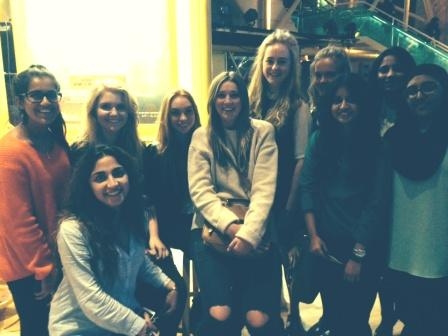 On the 18th September, 10 Sixth Formers, Mrs Corrigan and Mrs Peers assembled on the minibus. Talk soon turned to the exciting trip ahead of us: the visit to Red Hot Buffet for tea! This was so enjoyable that we easily lost track of time and had to sprint through the centre of Manchester to reach the main event in time: Maxine Peake’s performance of Hamlet.

With everyone assembled in their seats (just in time,) the performance began. Everybody was very excited to see Prince Hamlet played by a woman, and Maxine Peake did not disappoint. She made us all laugh with her ease at comedy sections, then turned to tension and drama so suddenly that she had s all on the edge of our seats. 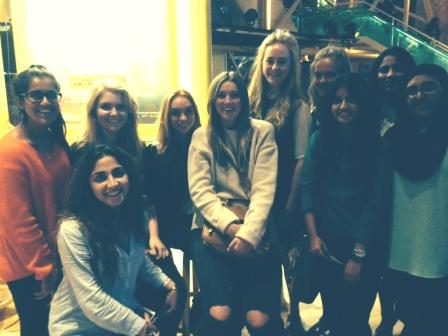 The most dramatic moment, however, was when Hamlet killed Polonius, as Olivia was certain that the gun shot had hit her. We found we had once again lost track of time as the three hour production seemed to pass in a matter of minutes.

All in all, it was a breathtaking performance that will certainly help us all to understand Hamlet when we are studying it back at school.