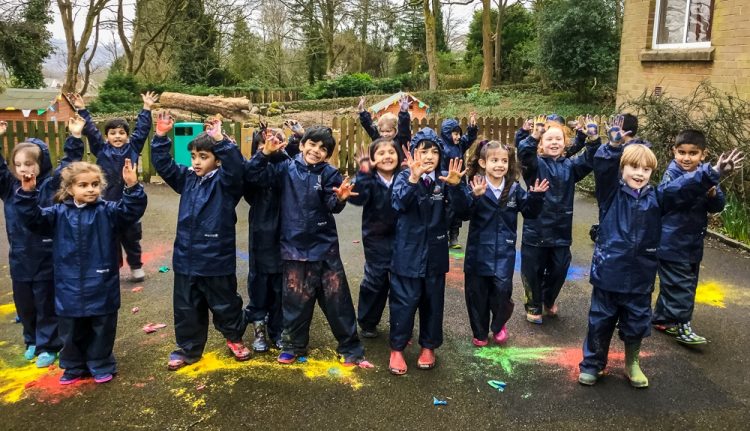 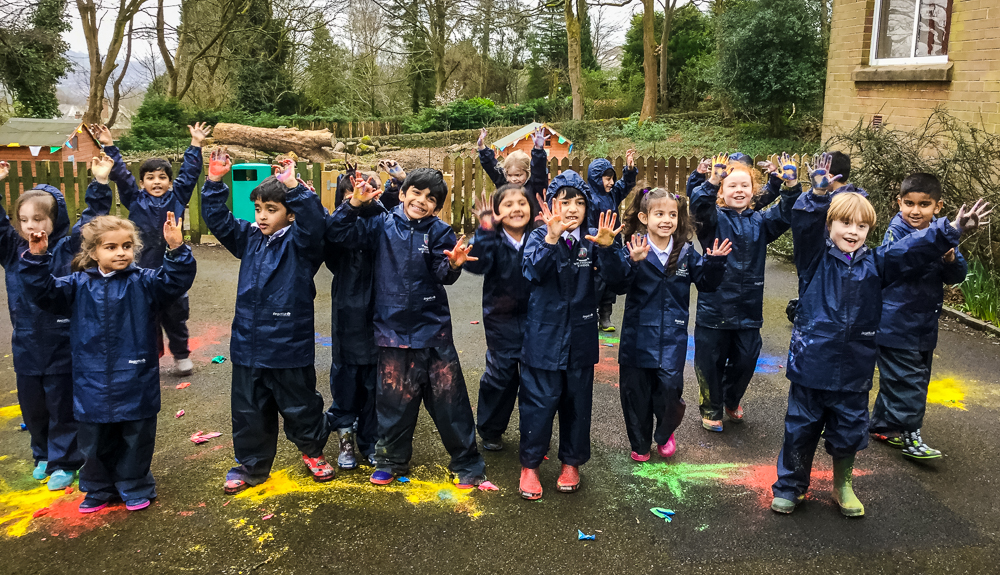 In Year One we have been celebrating Holi and Miss McDermott had the exciting idea of popping paint balloons!! They had great fun recreating the festival and loved creating bursting clouds of colour. 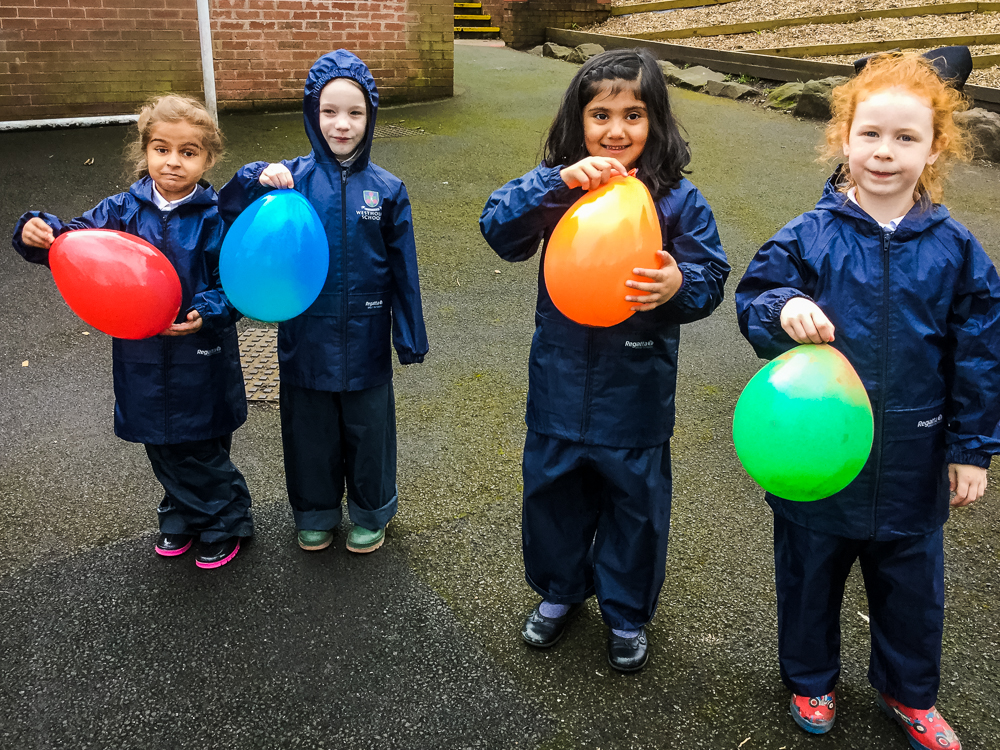 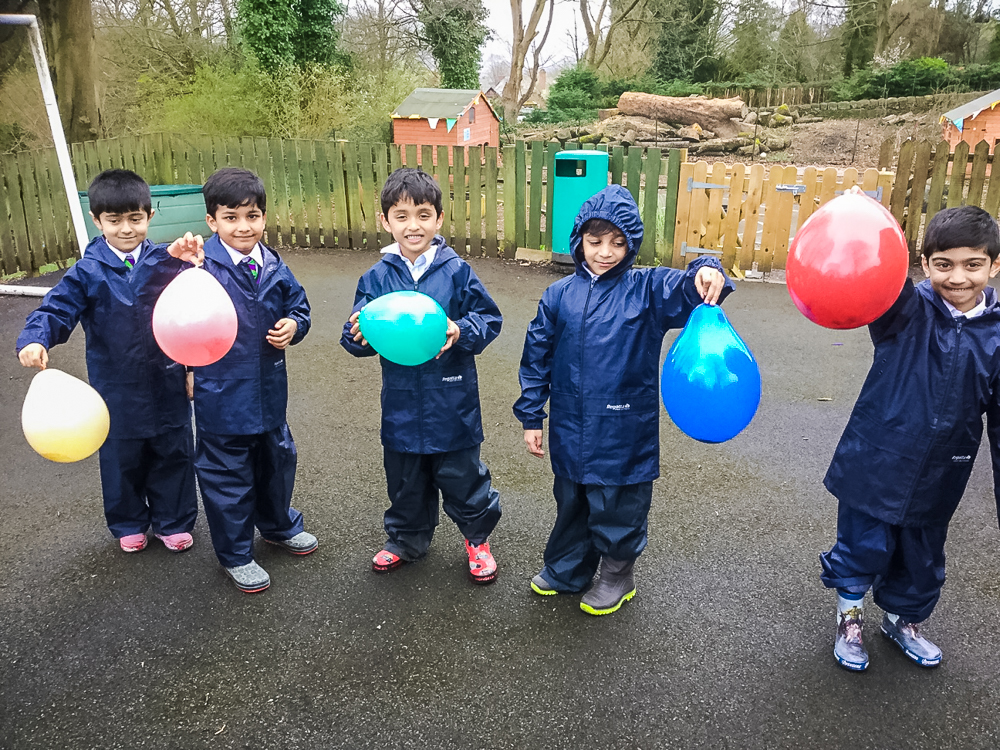 Holi is a Hindu festival. It is a called the ‘Festival of Colours’ and is a celebration of good having victory over evil. It’s also a celebration of the end of winter and the beginning of Spring. The night before Holi Hindus often have a bonfire and the fire is symbolic of the story of ‘Holika’ who was killed in the fire whilst trying to harm ‘Prahlad’, a Prince who refused to say that his father the king was more important than God. Holika had special powers to withstand fire so she held onto Prahlad and took him into the fire to kill him but her powers didnt work and instread she was killed and Prahlad survived! 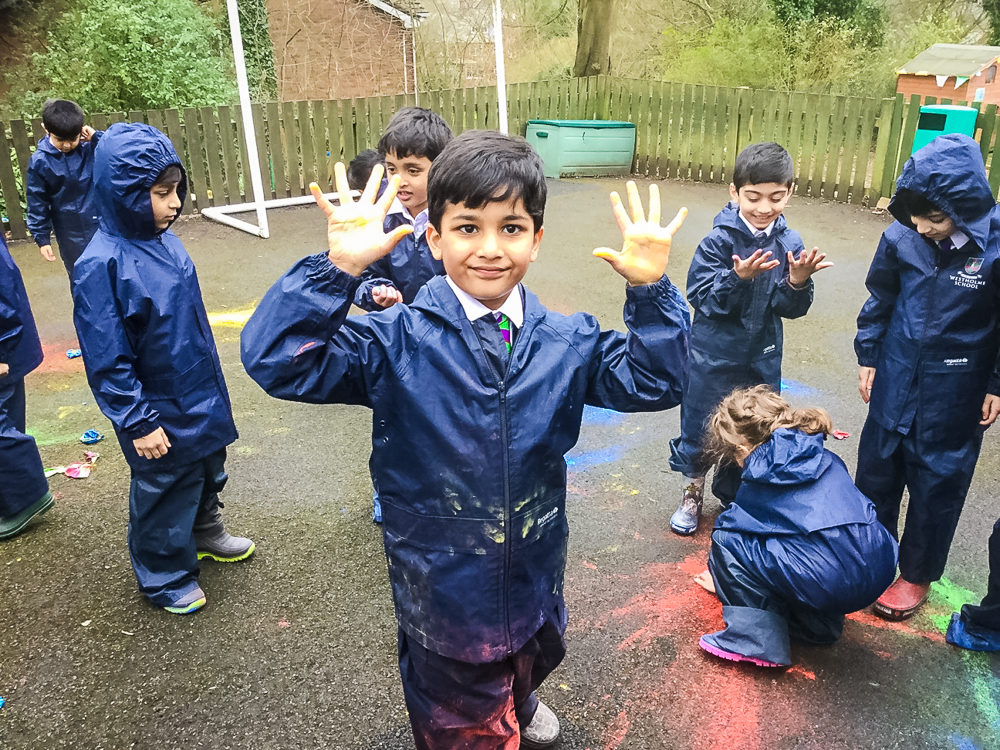 Hindu people throw coloured paint over each other and have lots of fun visiting friends and family for the day celebrating Holi. It is considered a festival of colours and lots of fun!! Watch the video below for a very special message from the Year One pupils!