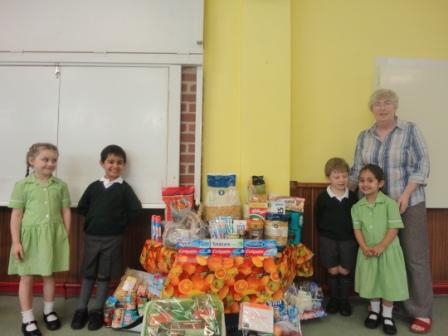 To round off their cross curricular Harvest Week, the children at Billinge House performed a lovely assembly for their special guest, Mrs Sharrat, from the charity Nightsafe. Over the past few weeks, parents and children have donated many items of food for the charity, and Mrs Sharrat came to collect all the items and to talk to the children about the good work she does at Nightsafe. 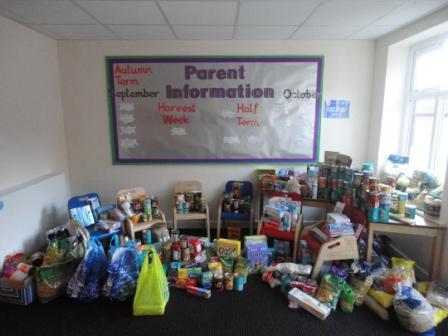 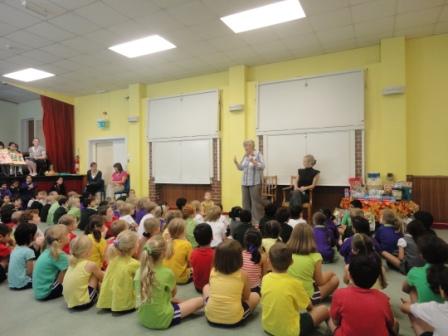 She told them a story about a young man who had arrived at the shelter earlier this week, who had been sleeping on a carpark for two nights. They were able to give him a meal, a shower and a bed for the night, and Mrs Sharrat explained that it was due to donations from people such as themselves that made it all happen. 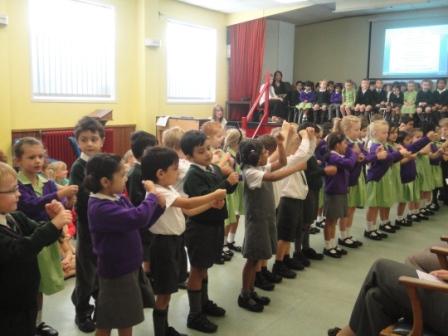 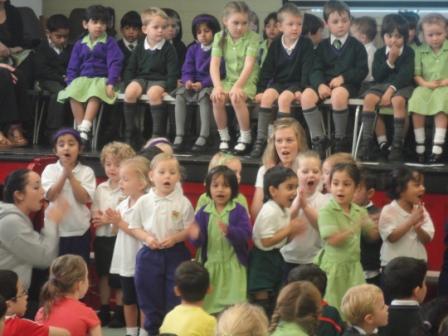 During the assembly, the Year Two children performed an African Dance that they had learn when studying about the Harvest in South Africa during their lessons. Year One sang the song, One potato, two potato’, whilst the Reception classes read out a poem. Finally, the Pre-School children also read out a poem about pea pods and showed the whole school some beautiful pictures of Harvest fruit that they had made. 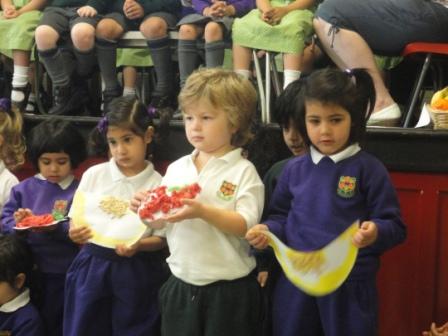 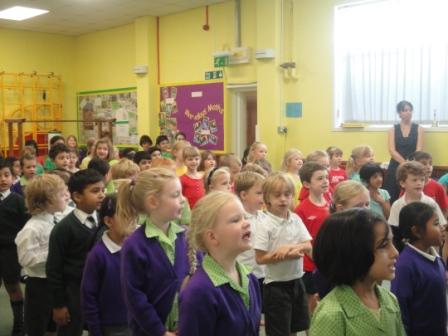 To round of the assembly, everyone sang a jolly Harvest song.

Mrs Sharrat also made a visit to the Nursery, to collect the food donations that the children there had made. 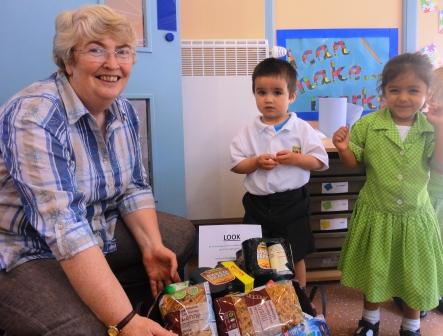 Many thanks to all the parents and children who have donated items of food over the past few weeks.