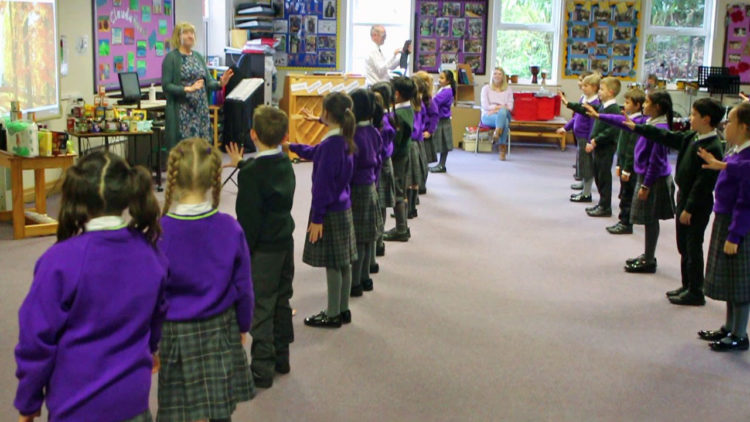 Last Friday, there was a special assembly for children in Year’s 3 & 4 to celebrate the Harvest Festival at the Junior School.

Food was donated for the festival during the week by kind parents, staff and children, to go towards helping local people in need.

All the food collected was being donated to the Blackburn Food Bank, and it was displayed beautifully in the entrance hall at Beardwood Bank.

Headteacher Mrs Barnett led the assembly, as the children sat spaced out across the assembly hall.

They performed poems, readings and prayers that they had learnt to celebrate the festival, with themes of kindness and generosity.

They also performed songs with musical accompaniment by Mrs Tinniswood, which they all sang beautifully.

Individual awards of achievement were then handed out by Mrs Barnett, with certificates for the children.

House points were also announced at the Half-Term stage with the Ospreys coming out on top, much to the merriment of the winners!

Finally, a special mention was given to Isabelle who is walking 26.2 miles, the equivalent of a marathon, to raise money for Alzheimer’s. Mrs Barnett invited Isabelle to the front of the assembly and asked her to tell the rest of the children what she was raising money for.

Isabelle spoke bravely and her efforts were warmly applauded by all those in the room – we would like to wish her all the very best with the rest of her challenge.

You can watch a pre-recorded film of the Harvest Festival assembly here: