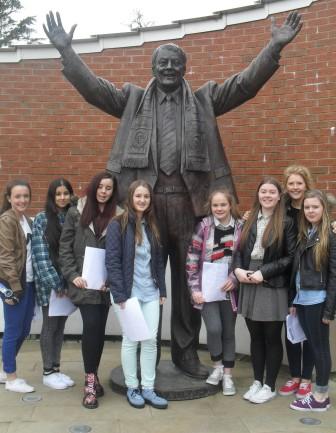 On Wednesday 24th April, twenty seven Year 9   and 10 Spanish students, along with their Spanish teacher,  Miss Widnall and Spanish assistant Pilar Wilcock, were treated to an ‘access all areas’ day at Ewood Park, the home of Blackburn Rovers.

Armed with video cameras and a script they had been working on entirely in Spanish, Westholme took over every inch of the stadium, filming in rarely seen locations such as the tunnel, pitch-side and even braving the smelly changing rooms and baths! 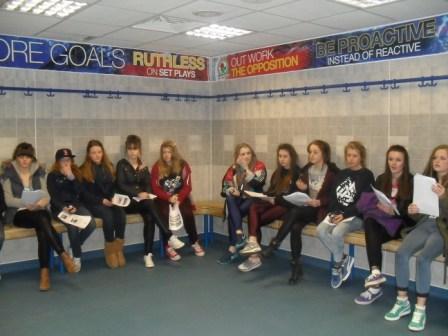 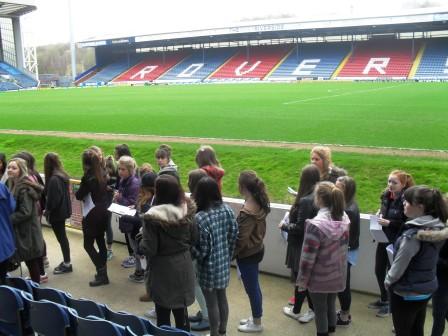 The creative juices flowed as much as the fluent language, and before we knew it, it was time to edit the fruits of our hard work.  After lunch it was time for the highlight of the day, a lengthy interview (again all in Spanish) with three of the club’s hottest new Spanish stars: Hugo Fernandez, David Raya & Yeray Torres, who were so impressed with our language that they returned to the editing suite with us to see a glimpse of the fine work that had been produced – and some pictures of course! The result was a professional looking film with music and totally in the target language and we just cannot wait for the individual DVDs to be delivered! 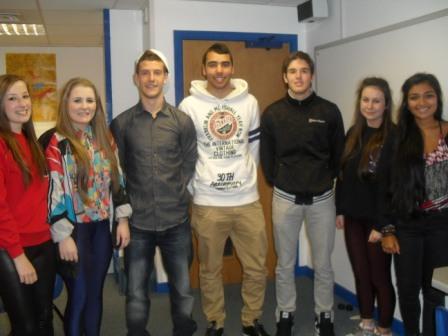 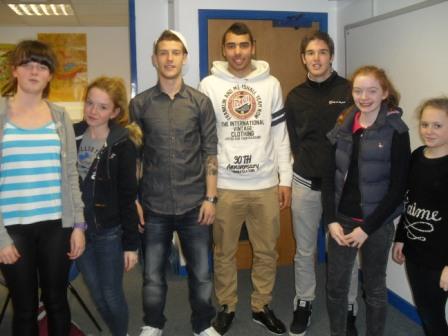 Everyone left Ewood Park buzzing and excited to have used their language in a real-life situation. The girls were a real credit to the school and it was unanimously considered that they’d recommend the trip to future students!