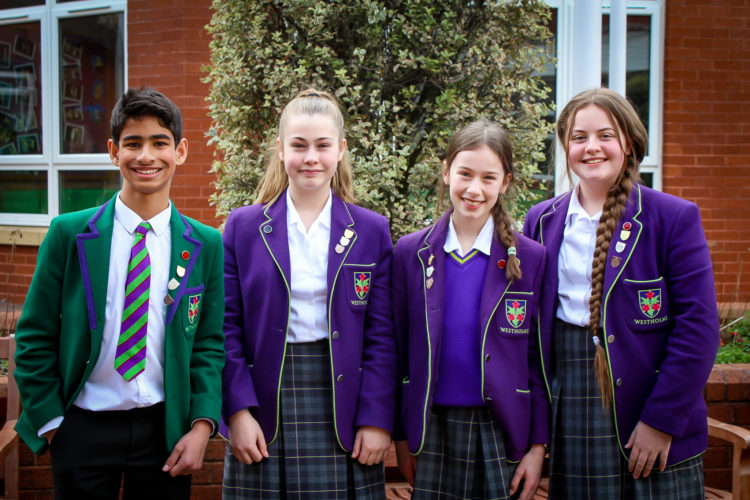 The Westholme Holistic Award programme has continued this term after it’s successful launch last year, and since the new year students at the Senior School have been busy working hard to achieve their Bronze, Silver and Gold awards.

In a special assembly held on Friday morning, Dr Robson read the names out of those students who had won their awards and certificates. They were called down to receive their awards on the stage, which were handed out by Mrs Hornby in front of their fellow students in the Croston Theatre.

There were over 30 recipients of the Bronze and Silver awards, and the first ever recipients of the Gold Holistic Award. All the students involved had been working extremely hard this term, but the four students who attained their Gold Award had achieved quite a considerable amount indeed!

Head of Year 7 Mrs Cowan has been particularly impressed with the amount of effort that students have put into completing their Holistic Award booklets this term, and has praised the amount of work that her students have managed to accomplish in such a short period of time.

Congratulations to all those pupils who received their Holistic Awards certifications and badges!