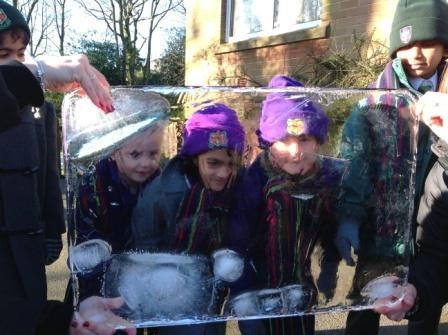 Year One round off their Polar Explorer topic

This week has seen Year One investigating ice. At the beginning of the week they looked at what happens to water when you freeze it and found out that it turns from a liquid into a solid and assumes the shape of the container. The children used words such as transparent, translucent and opaque to describe the ice. A large tray of water was placed outside and they made their own icebergs but putting the frozen shapes into the water. 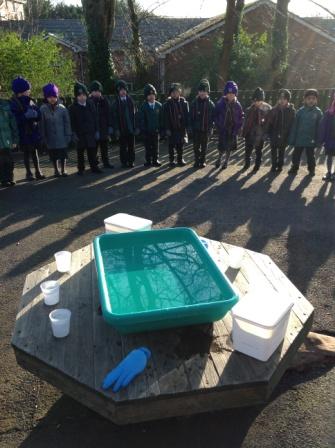 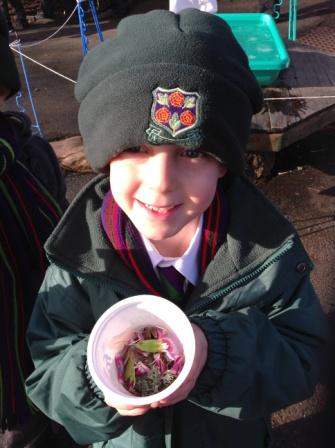 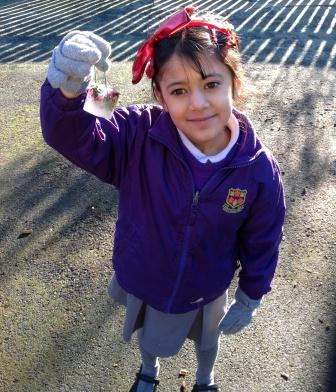 Lots of them thought that the ice would sink because it was heavy, but to their amazement the ice shapes floated! They placed a penguin on the icebergs and left them outside for the rest of the day. At home time they were surprised to see the water in the tray freezing, joining some of their icebergs together. 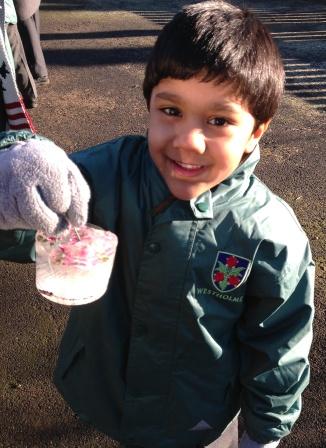 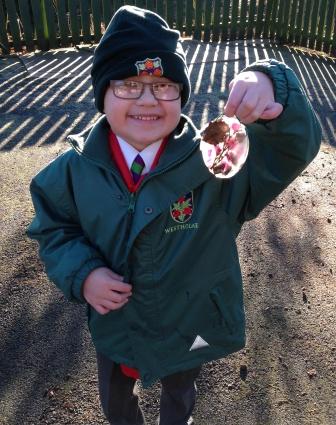 They decided to leave the tray outside over night and the next morning a sheet of ice, 2cm thick had formed. Mrs Milnes and Mrs Barrett carefully lifted the sheet of ice up and they were able to look through it.

Yesterday, they brought yogurt pots into school and enjoyed filling them with natural materials found in the school grounds. The children filled the pots with water and put them in the freezer over night. This morning they took great delight in hanging their ice baubles on the trees outside the Year One bungalow. 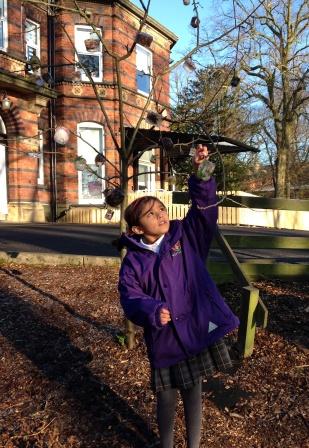 The rest of Billinge House have enjoyed looking at them at playtimes but judging by the drips it is doubtful they will still be there on Monday! What a fantastic way to round off the Polar Explorer Topic this term.