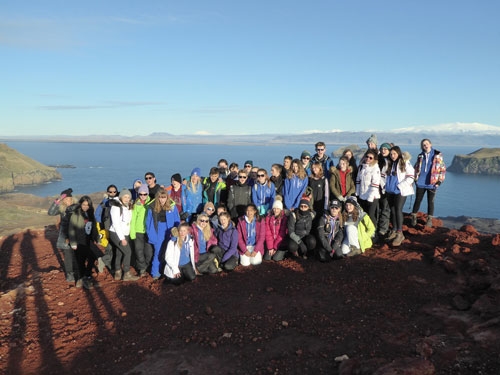 On Tuesday 1st November, 40 very excited Westholme Geography students headed out from Manchester airport to Keflavik, for their Icelandic study tour. Their first geographical experience was a swim in the amazing Blue Lagoon, a mineral-rich lake formed from geothermally heated sea water. The students loved this unique spa experience and found the novelty of putting white silica mud on their skin particularly exciting and therapeutic. 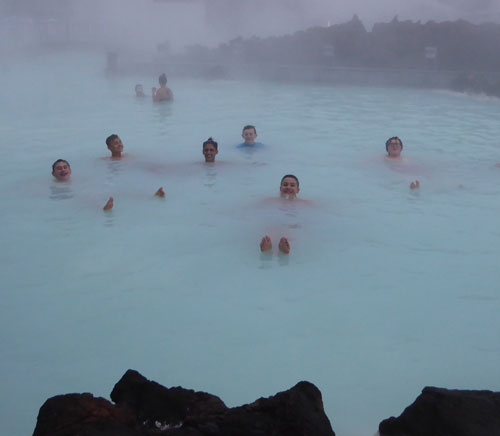 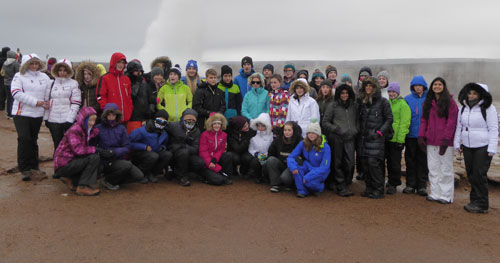 On Wednesday, they embarked on the ‘Golden Circle’ a popular tourist experience which includes Thingvellir National park, where the rift between the European and North American plates is so obvious with its deep cracks and fissures, the Geysir Geothermal area, to see the Strokkur geyser erupt, and the spectacular Gullfoss Waterfall. After so much sightseeing, the only way to relax was in the hotel’s outdoor hot tubs and pool and enjoy the warm geothermal waters. 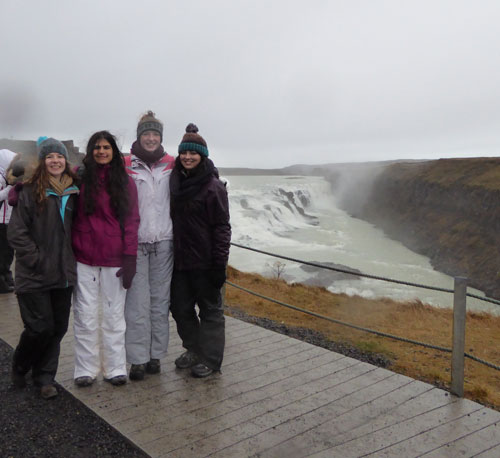 Thursday’s excursion was to the south coast of Iceland to visit two more amazing waterfalls, Seljalandsfoss, where the students walked behind the falls, and Skogafoss, where they climbed to the top of the 60 metre high waterfall. The south coast of Iceland has some of the most dramatic coastal landscapes you will ever see and the dramatic black basaltic beaches and strange hexagonal columns on the cliff faces provided many wonderful photo opportunities. The Year 12 and 13 Geographers are studying coastal stacks, arches and caves for their A-Level and got very excited when they saw Dyrholaey (means door hole) a massive arch carved out of basalt. The Reynisdrangar needles (stacks) are, according to Icelandic legend, formed from two trolls that were trying to drag a three masted ship to land until, when daylight broke, they turned to stone. We think the A-Level students would have a slightly different explanation! As if that wasn’t enough physical geography, the group then visited the impressive Solheimajokull glacier which flows down from the Myrdasjokull icecap. Here the Year 11 students were able to recap their knowledge of the GCSE ‘Ice on the Land’ topic identifying different types of moraine and the huge crevasses in the snout of the glacier. For many that would be enough excitement for one day, but there was yet more as after dinner the students headed for the bright lights of Reykjavik for a very competitive bowling trip. 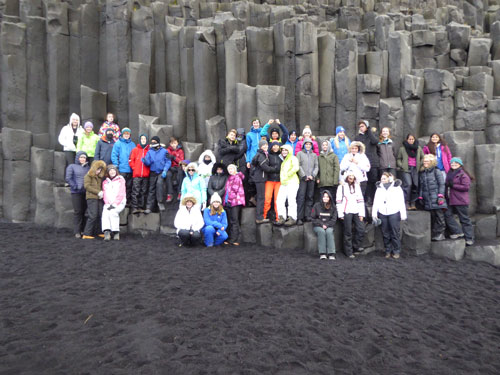 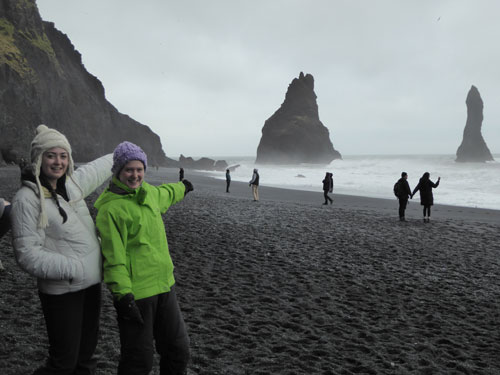 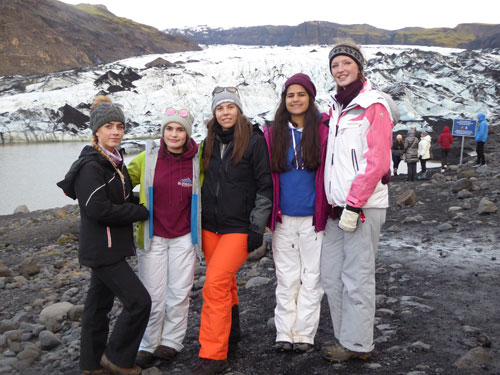 For many the highlight of the trip was the excursion to Heimaey, an island off the south coast of Iceland, formed by volcanic eruptions. On Friday, the sun shone and the sea was calm enough to make the crossing to Heimaey, the only inhabited Westmann island. It was here, in 1973, that the islanders awoke to a volcanic eruption that threw out vast quantities of tephra and lava over a 6 month period, destroying part of the town and threatening the fishing harbour. Most of the 5000 inhabitants were evacuated to the mainland and fortunately there were no casualties. The students enjoyed clambering on the solidified lava, with the houses buried beneath their feet, and then walked to the summit of the Eldfell volcano, which was formed in the 1973 eruption. The views were spectacular and provided possibly one of the most beautiful picnic spots in the world. Escorted by Ashley, a very friendly Icelandic cat, the group then visited the wonderfully interactive Eldheimar museum to consolidate all they had seen during this amazing day. 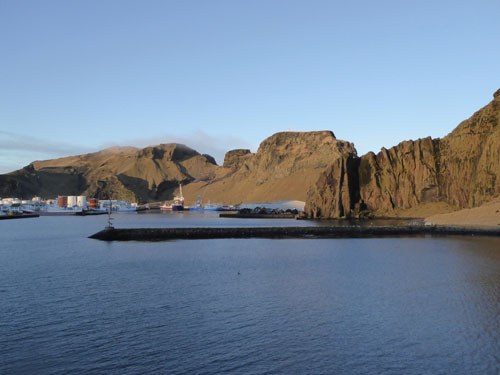 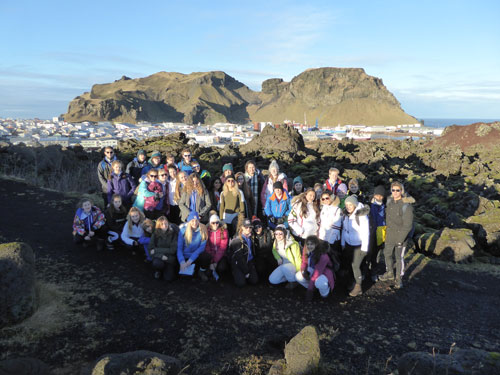 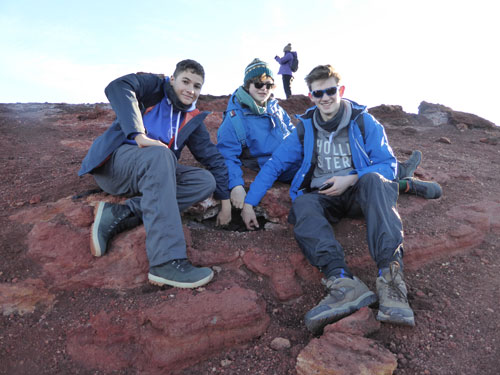 A wonderful trip was had by all.