Talented illustrator, Steve Hutton, spent a week with the children at Billinge House

The children at Billinge House were lucky enough to have a visit from Steve Hutton, a talented and experienced illustrator. He showed them how he uses imagination to create weird and wonderful illustrated characters for children’s books, greetings cards and films. Steve has even worked on high profile films such as “The Golden Compass” in which he provided the drawings of the armoured bears and the children were in awe as they looked through his impressive portfolio of drawings. 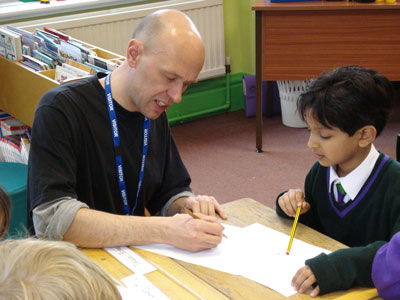 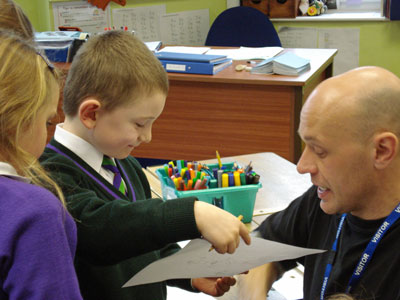 He spent some time with each of the classes and began by asking the children to let their imagination run wild. The children watched in amazement as their ideas were brought to life on Steve’s easel. 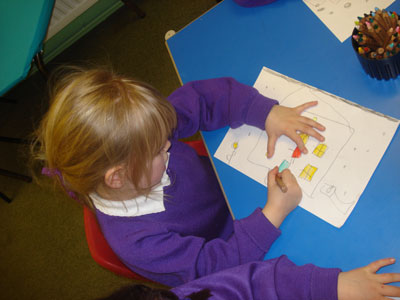 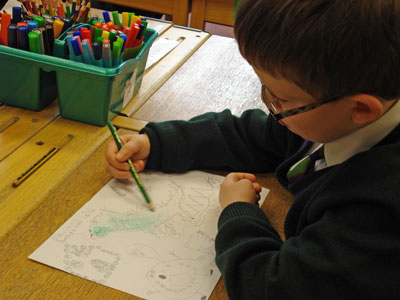 There was a giant goblin riding a skateboard whilst wearing a tutu and slimy aliens riding in bath tubs and being chased by the space police, amongst other original characters. He then gave the children the chance to draw their own characters and helped them put their imaginations onto paper in their drawings.