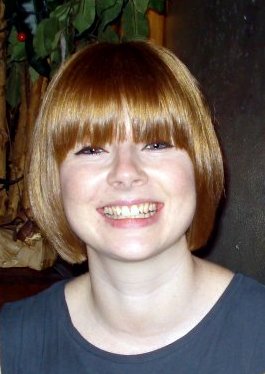 What do you do now?
I currently work in television as a freelance Art Director. Being freelance I work for different television production companies as and when an art director is needed. Some of the companies I have worked for include the BBC and Nickelodeon. I mainly work in children’s television and have worked on shows such as ”˜Mister Maker‘, ”˜Nuzzle & Scratch‘ and ”˜My Favourite Bedtime Story‘. I have just art directed my first show for CBeebies called ”˜The Lingo Show‘, which is a part animation/part live action show teaching languages to the pre-school audience. As an Art Director I am responsible for the set, props and sometimes costumes. My job initially involves reading through and breaking down scripts to work out what props are needed and what the set should look like. I then have meetings with producers and directors to finalise design ideas and talk through practicalities of the props. On ”˜The Lingo Show’ many of the props had to look like they were moving on their own so the meetings involved working out how this would happen. Once all decisions have been made about the set and props, I then set about sourcing and buying everything needed for filming. I have a budget to work within and usually a tight timescale! On ”˜The Lingo Show’ many of the props had to be a certain colour and size, so I spent a lot of time in shops and on the internet with a ruler in hand making sure they matched what the script needed. We then go into production and whilst filming I am responsible for dressing the set, making sure all the props are ready to use and that everything looks great on camera. For ”˜The Lingo Show’ other aspects to my role included driving the van full of props and setting to locations, liaising with the location manager, continuity of props whilst filming and returning the location to what it looked like before we started filming. The best bit about filming is seeing all your hard work come together on screen and tweaking the shot to make the set and props look their best. There is always limited time whilst filming and everything has to be done quite quickly, this is when being organised and prepared is essential. After filming has finished I am then responsible for packing away all the props, returning anything that has been hired, storing the set and reconciling the budget. A show will then go into post production and be edited into the final product but my role as Art Director will come to an end. I then move onto the next production and the whole process starts again.

How did you get into this line of work?
Whilst at university I applied for work experience at Nickelodeon and Endemol. I spent two weeks with Endemol literally sweeping floors, running errands and making a lot of tea! But this is how everyone starts in television; you have to prove that you really want to be there by doing some rather unglamorous work. It’s a test to prove you are hard working and determined. Once I completed my work experience they employed me to work for a further month on a BBC prime time show. I then finished my degree and spent two weeks that following summer with Nickelodeon in their studio. This work experience involved cleaning up gunge, getting covered in all sorts of mess and making and shopping for props. They then also employed me for further work and have employed me for numerous jobs ever since. The only way in is by doing work experience first and meeting the right people. All the work I have had in television has come about by word of mouth, either by working with someone in the past who has then recommended me, by someone telling me about a job coming up or by the professional relationships I have developed asking me to work for them again. Some people find it a difficult industry to get into but if you are willing to work hard and get on with it you will be employed quite quickly.

Has it been difficult in a traditionally ‘mans world’
I am lucky in the fact that being a creative person and working in a creative industry there is not much sense of it being a ”˜man’s world’. I think being involved in anything creative quickly eliminates that old fashioned outlook and the beauty of being a creative person allows for that greater freedom of thought! I never chose this industry thinking it would therefore be easier to get into as I still have engrained in me the Westholme attitude that I can do anything I put my mind to and that we are by far equal to any man! The only aspect of this traditional outlook I experience is when I am carrying boxes of props or pieces of set and someone will comment or offer to carry them for me.

What does it take to be successful?
Television is quite a competitive industry when looking for work, as most people within this industry are freelance and constantly competing for the same roles. The nature of the job also means you know or have worked with many of the people you are competing with. It doesn’t have to be competitive though as I am lucky enough to a have worked with some lovely art department colleagues where we all look out for each other. To be successful in this industry you therefore have to develop and maintain key working relationships, not only with other art department colleagues but producers and production managers too; as ultimately they will be the ones employing you. Networking is a key element to your success as everyone knows each other in this industry, so it will always benefit you if you know those people too and if they are talking positively about you. Being adaptable is also beneficial as my role as an Art Director can change with each job. Sometimes an employer may just want to employ me for a day designing graphics or making a prop whilst another employer may need me for a three month job. Roles can also be all over the country so being willing to move or travel for a job is also an advantage. When working on ”˜Mister Maker’ I travelled up to four hours a day to and from work, but it was worth it as I loved the job and the show. I always strive to do my best at whatever I do and usually my employer will pick up on that. As with any job working hard and being proactive will always get you noticed and further your career.

Any advice for Westholme girls today?
Believe in yourself and your own abilities, you are the only one that can make it happen. Listen to the good things people have to say about your work and learn from any criticism. If you believe in yourself others in the industry will do too.

Be brave. Apply for roles or take jobs offered to you that you think are a little above your experience. You will amaze yourself at what you can do when you have to and the sense of achievement will be worth it. It will also be a huge learning experience which will aid you in all future roles!

Be patient. Being freelance is difficult as there are times when work is quiet and it can go a number of weeks or even months before another job comes up. It is then quite easy to worry but it is just the nature of the industry. Also a successful career takes time to build up and doesn’t happen overnight.

Be creative. Only now after a few years in the industry have I realised that I may have to have a few creative projects on the go to keep me busy and employed all the time. I have just acquired my own art studio where I will be developing my own personal practice. I am also starting creative projects with friends and on my own which will hopefully bring in further work.

Do something you love and not something you think you should do or you have been told to do. It really is important to do something you enjoy as it will give you a greater sense of satisfaction and it won’t feel like work then! There are so many different jobs out there, some that I never knew existed, but if you follow what you love to do you won’t go wrong. But if later down the line you do feel like you chose the wrong career it is absolutely OK to change! You will have gained so many skills along the way that you can easily transfer into your next career path.