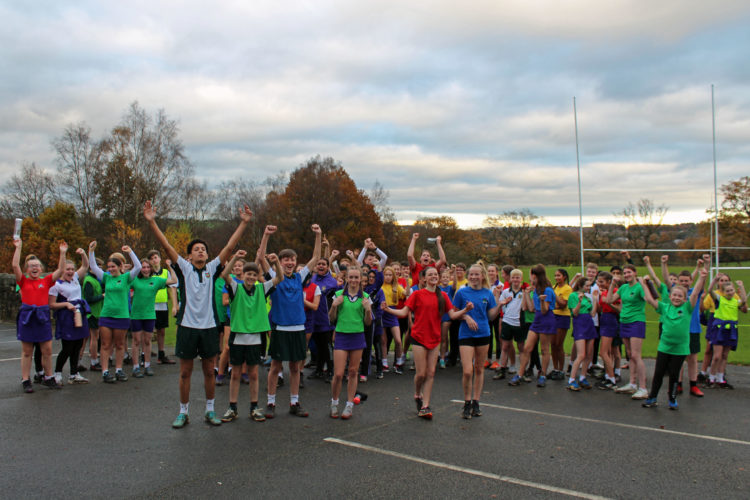 The School cross country races took place last week at Wilmar Lodge and there were some fantastic efforts and impressive times from everyone involved.

Luckily the weather was kind and there were some beautiful blue skies on show throughout the week, although the course got progressively muddier as the days went on!

The school year groups were staggered due to Covid-19 precautions, and first up it was the turn of Year’s 1 & 2 who travelled over from Beardwood House on Monday morning.

The PE staff had mapped out a course especially for them on the sports fields, and they started off by warming up in groups with a variety of activities.

Warmups are underway for the Year 1 & 2 cross-country race! pic.twitter.com/5J6cvYlpAJ

After having fun warming up for their race, the children were ready to go.

Mr Barnett delivered a rousing pep talk on the starting line and the children set off cheering, giving it their all!

Years 8 & 9 were scheduled to go on Monday and Tuesday afternoon respectively and the competitive spirit was clear for all to see, with students getting pep talks from the PE staff with course info before the race.

Wednesday was the busiest day of competition, with Years 3 & 4 coming up to the Senior School for their race in the morning, along with Years 11, 12 & 13 running later on in the day.

Reception had also run a special course round the Junior School grounds in a fun filled session enthusiastically led by Mr Barnett and Mr Purdy!

Reception had great fun warming up for their cross country today! pic.twitter.com/ZZ3mDcTsBJ

Part of the course was to run up the hill towards Beardwood Bank, which they tackled with enthusiasm and determination.

Each Year group enjoyed a fun and thorough warmup routine led by members of the PE staff beforehand, with their House Captains prepping them with inside information about the route.

Years 5 & 6 completed their race on Thursday, and the determination that all the children showed round the course was great to see, with the conditions underfoot being difficult at times.

The competitive spirit and togetherness that all Year groups displayed was impressive and it was great to see students cheering each other over the finishing line!

After a long week, the course was well worn and the conditions were slightly tougher for the final day of racing and it was the turn of Year 7 and Year 10 students.

Overall it was a fantastic week of cross country racing and a special mention should go to the PE staff for organising such a great event.

Well done to all those that took part and congratulations to the winners!

You can watch our film of the event below, and stay tuned for when the winners are announced later on this month.