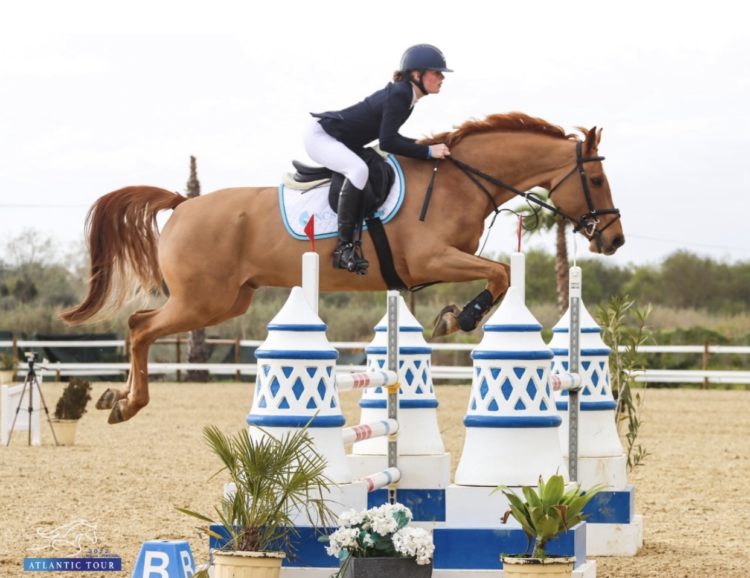 Congratulations to Molly, our Sports Captain and INSPIRED Sixth Former for making her international Show jumping debut! Molly flew out to Portugal and competed in her first International competition. She wrote about her experience below:

“I was excited but extremely nervous to compete in my first International competition, especially representing Team GB and I am happy to announce the experience did not disappoint! My horse, Calvin, settled in really well after a long 5-day drive and on the 13th February, I flew out, alone, to meet the rest of my team and my coaches. We had a very successful first week, jumping two double clears and finishing 8th out of 50 competitors – including 10 Olympians!

The second week was even more successful… as me and Calvin decided to up the ante, placing 11th out of 60 in the 1.20m foxhunter. Once again, Calvin didn’t fail to impress, and I was already so proud of our achievements. The final week, beginning on the 3rd March came around quickly and after a lot of encouragement from my amazing friends at Sixth Form, we decided this was the week to leave everything in the arena. Once more, we came 8th out of 50 (again facing off against 10 Olympic riders) and came home with some prize money…which was a nice added bonus to an incredible first international experience!

I would like to thank all my friends, family and teachers at Westholme for their support over the tour and I hope this is the first of many incredible opportunities to ride at an international level.”