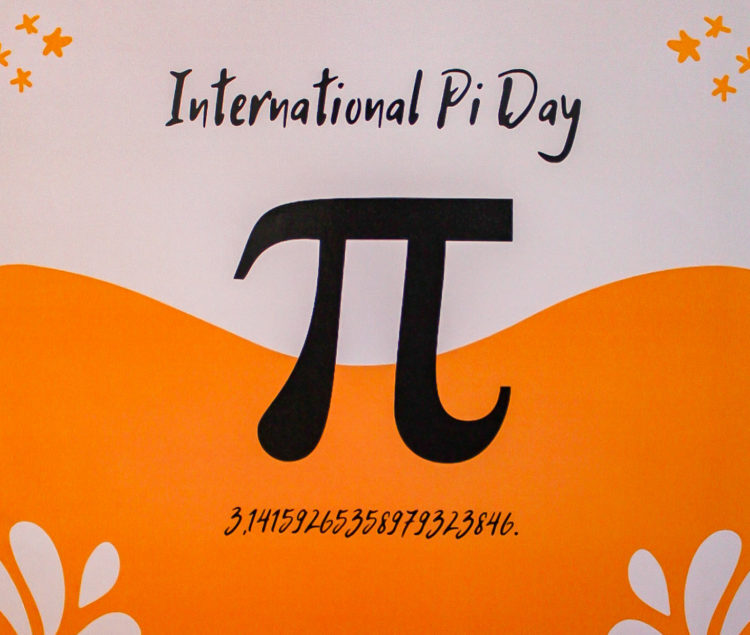 Monday 14th March was International Day of Mathematics and Mathematical Pi day. The reason why this date is chosen is because it links to the first 3 digits of π.

So, what is π? If you take any circle and divide its circumference by its diameter you will get the number π. It is a very special number as it is a never ending, non-recurring decimal that cannot be expressed as a fraction. The first few digits of π are 3.1415926535…. and then it goes on forever.

An easy way to remember the formula for the circumference of a circle (C=πd) is ‘Cherry Pie is Delicious’ and for the area of a circle (A=πr2), ‘Apples Pies are too’. Students and staff were treated to a Pi themed lunch on Monday including ‘Pi-ella’, ‘Pi-neapple’ juice, and cherry and apple ‘pi’ for dessert.

On Tuesday, Mrs Laycock and the Maths Enrichment Club presented a whole school assembly. The focus was on the importance of the number π mathematically and its occurrence in nature. Those students involved in the Enrichment Club also took part on stage to explain pi to their fellow pupils in the Croston Theatre, speaking with the aid of a powerpoint assembly.

Well done to you all!