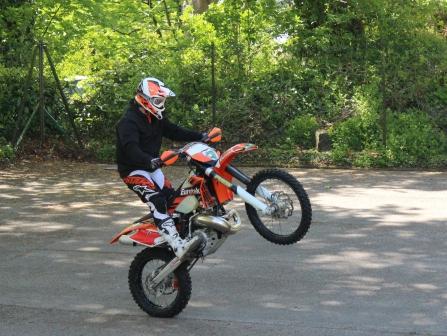 As part of the Year Two transport topic, Mr Bolton visited the Infant School today with a collection of bikes including a 1950’s DOT motorcycle.   Our Year Three boys took the opportunity to join the Year Two children in this event.   The children learnt about the history of motorbikes and pedal bikes, even learning about a steam powered bicycle!

Our Year Two children are also learning about forces in Science and they were interested to find out about the forces which make a pedal bike move and how this differs with a motorbike.   The Year Three boys contributed their knowledge about friction and how different surfaces and different tyres affect speed.   They were also shown a demonstration of how friction makes the wheel stop moving when the brake is applied.  In Design Technology, the Year Two children will shortly be designing and making their own vehicles and so Mr Bolton removed a wheel from his motorbike to show how the axle and wheel work together. 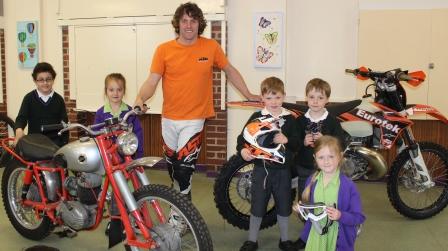 Before being treated to a show of some tricks on Mr Bolton’s motorbike and mountain bike, the children were told about the importance of his safety equipment both in motor biking and mountain biking.   They were reminded that Mr Bolton is very experienced and has built up his skills over many years of practice… so don’t try this at home!

Already this afternoon in classes, the children have been writing about the motorbikes and mountain bikes as part of their transport poster research project. 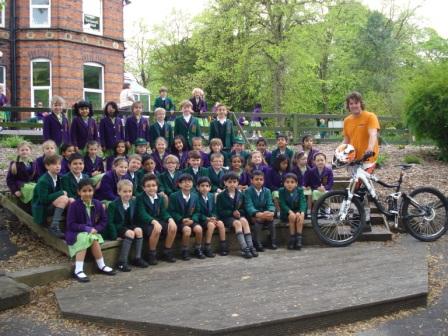