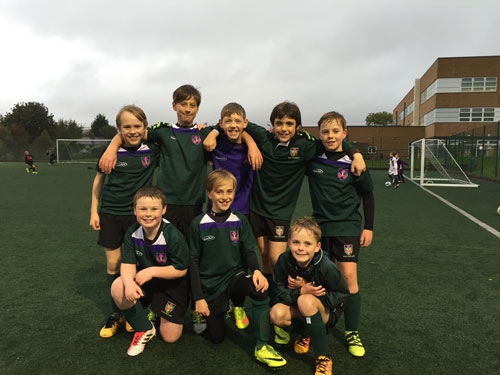 Football action for our Year 5 and 6 team

Yesterday, on a bitterly cold and wet evening, our junior boys competed in the Jubilee Shield at St Bede’s RC School, Blackburn. The eight boys from Year 5 and 6 played four matches winning one, drawing one and losing two in a series of extremely close and competitive games.

Captain Oliver Oakley was top scorer for Westholme on the night with two goals from the four matches; one a spectacular free kick and the other a drive into the top corner from the edge of the box. Billy Corrigan grabbed the winning goal in the final game of the evening against QEGS and Ethan Colman pulled off a fantastic penalty save in the third game against Salesbury to keep the score at 0-1. 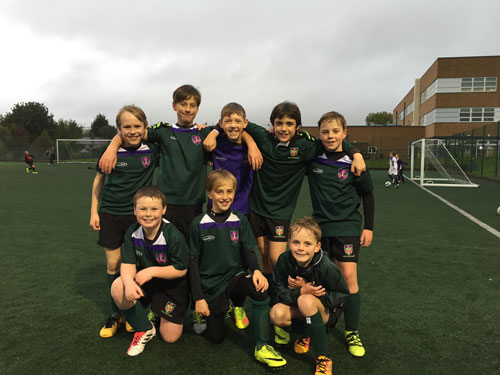 The team finished third in their group narrowly missing out on qualifying for the next round of the tournament by just one place. Westholme’s Man of the Tournament on the night was Oliver Waldron who put in four consistent and hard working performances, demonstrating a fantastic work ethic throughout.