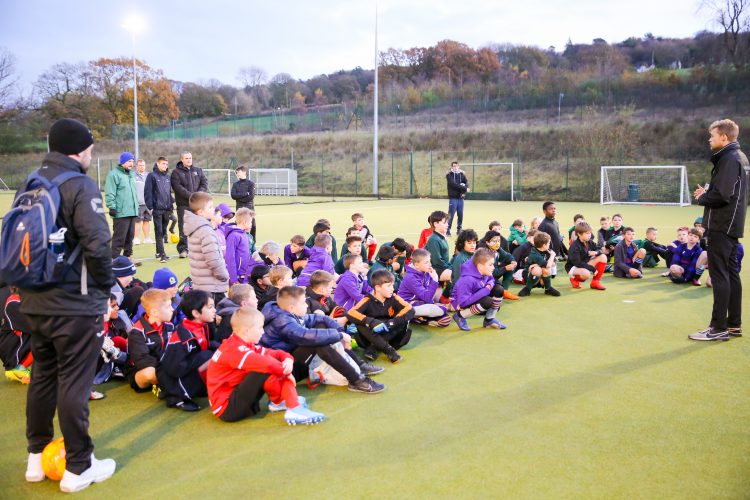 Over the last two Friday evenings the ever popular 6-a-side Primary Schools’ Football Tournament took place under our floodlights on the all-weather pitch.

We welcomed 8 teams who all took part in a bid to become the Champions for 2019. The pitch was separated, allowing for three matches to be played at once and all games were contested in a fierce, but fair, competitive manner.  After the first evening of matches teams were divided into the Cup and Plate competitions ready for the following week.

Westholme entered an A and a B team for this. After the first round of matches the A team have made it through into the main Cup competition. The B team found it hard playing against the other A teams and have been knocked out into the Plate competition for week 2 of the tournament.With the A team through to the Cup competition and the B team through to the Plate competition, it was all to play for. The A team were really up against it, playing the best teams in the whole festival. They continued to play some excellent structured attacking football. None more so than in their first game, where they had shot after shot and even a penalty. As the referee commented afterwards, ‘That was one for the most exciting games of football I have ever seen!’

Once the matches had all been played, team teas were served by our superb catering team. All of the teams played amazingly and everyone had a brilliant tournament.

Sadly, Westholme A team ultimately came up short, unable to breakdown the solid defences of the eventual Cup winners who, Salesbury and runners up The Redeemer.

The B team enjoyed scoring their first goal in the festival and even won their first match! Seeing their confidence rocket after this was amazing! As a result they finished the festival on a real high and even finished as runners up in the Plate competition, behind St. Joseph’s Park Hill, who took the Plate home.

Thanks must go to our  professional referees who took charge of each game and ensured that the tournament rules were carried out in the correct way.

Well done to all the boys who represented Westholme!

To view the full gallery of images please click here.