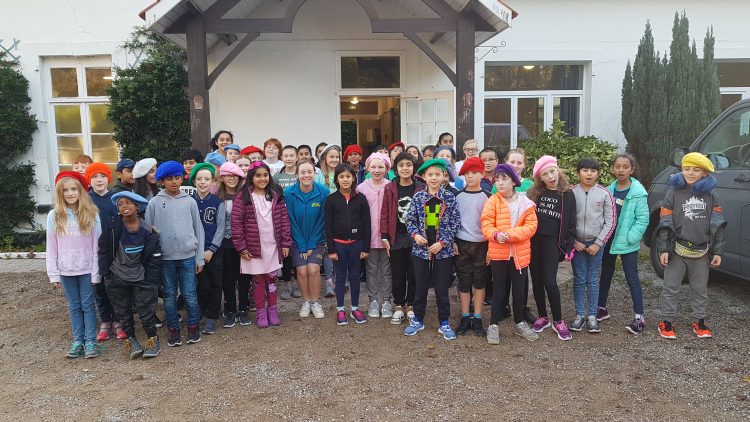 42 Junior School boys and girls and 5 members of staff spent a wonderful weekend in Northern France at the beginning of the half term holiday.  On arrival at Le Pré Catalan, Hardelot on Friday evening, the children were whisked off to find their rooms and settle in before dinner.  They then enjoyed playing games on Hardelot beach before bedtime.

After breakfast on Saturday morning (which, of course, included croissants) the group set off for Boulogne and a trip to the market.  The children were able to practise their French whilst purchasing cheese, waffles, plants, jam and sweets.  They then completed a town trail in the older part of Boulogne, taking in the castle and cathedral.  Every child was given a brightly coloured beret at the end of the trail and these were worn enthusiastically throughout the weekend.

After a picnic lunch, it was time to visit the ‘Chocolaterie de Beussent’ where the children learnt how chocolate is hand-made and saw some amazing chocolate creations.  The shop was a very popular part of this visit!

Then it was onwards to a small goat farm where the children were able to make goats’ milk bread in the shape of a goat’s head.  While they were introduced to the goats and actually had a go at milking them, the bread was baked ready to take away. 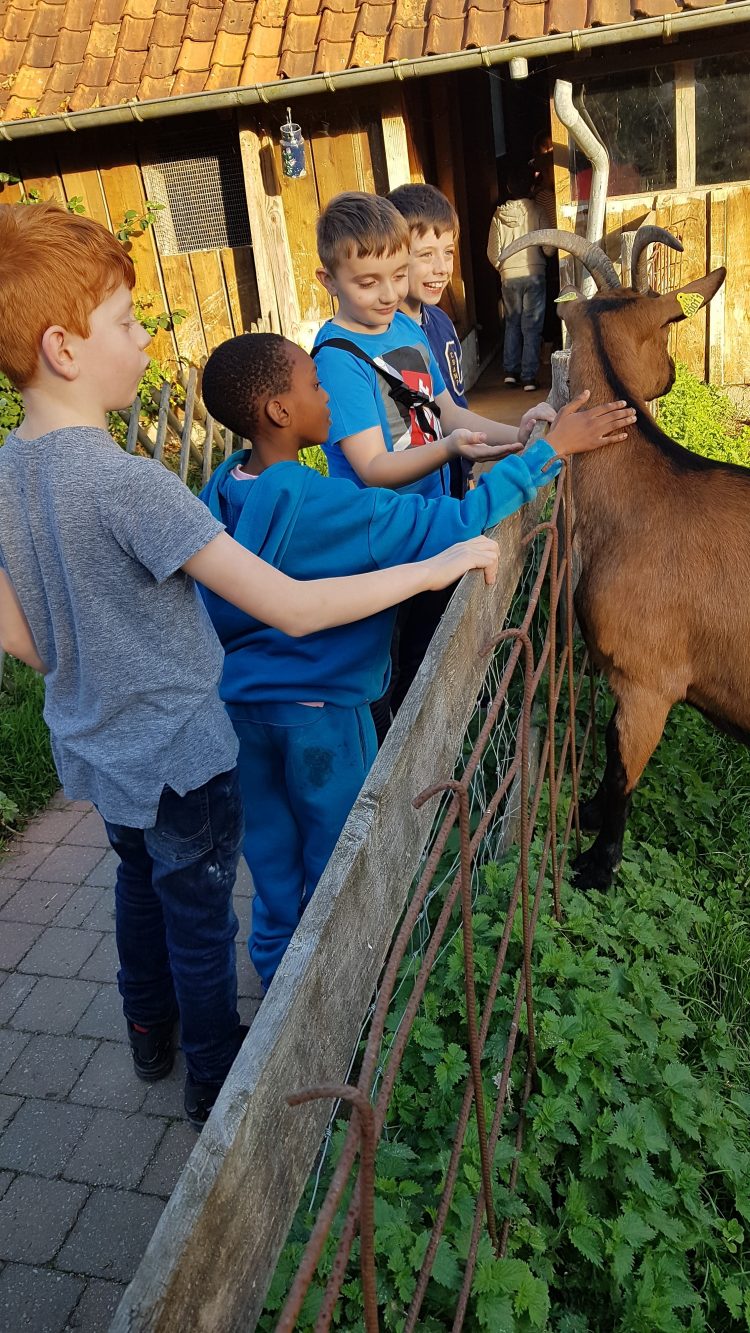 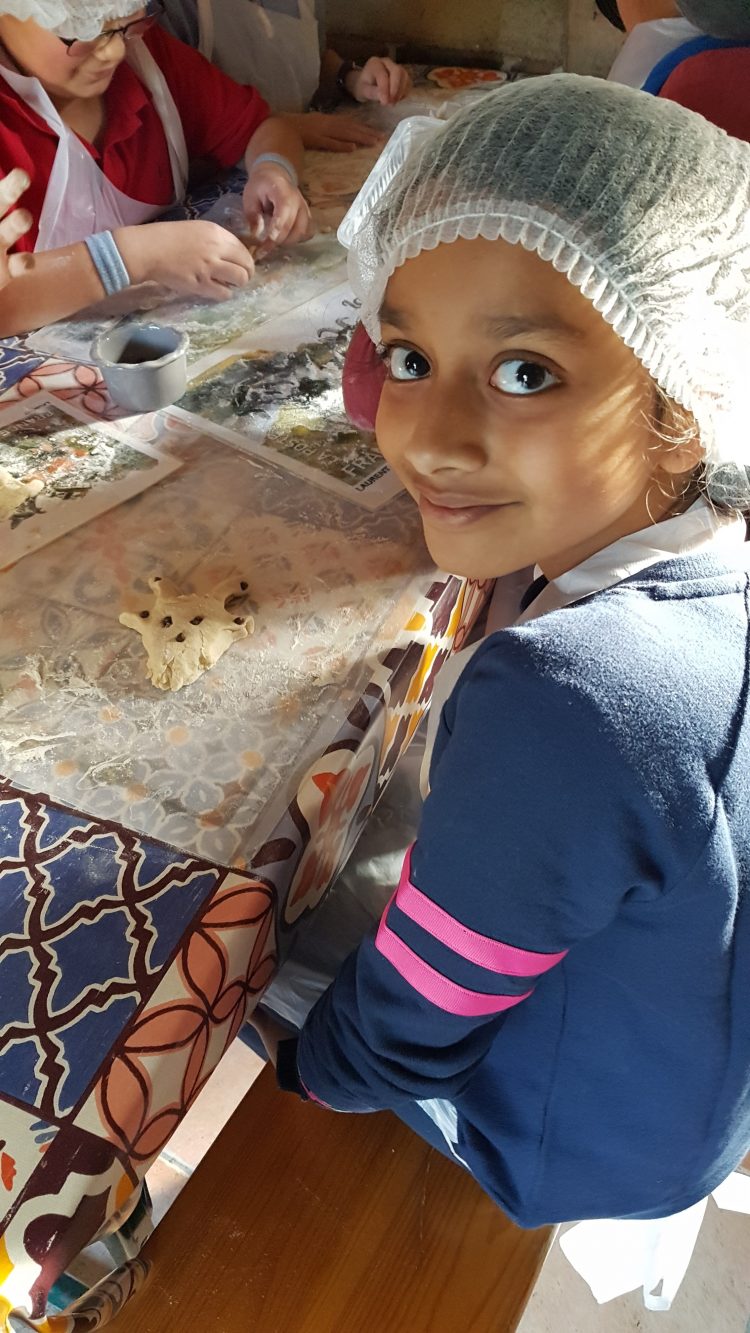 On Saturday evening, the children dressed in their finery and had a great time at the disco, competing to win the prize for the best dancer! 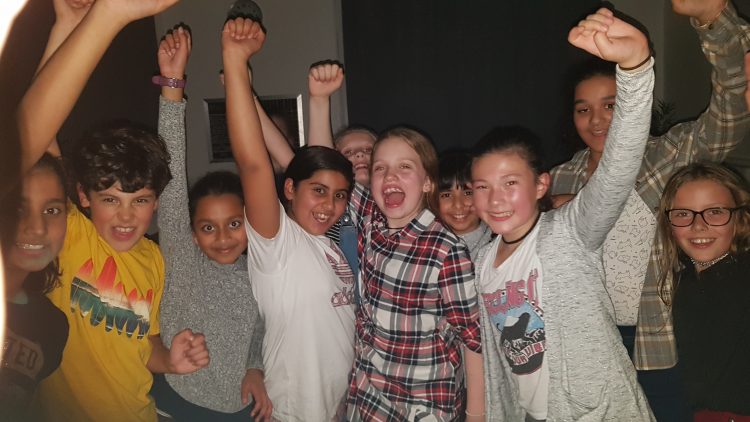 Sunday was a day of reflection spent in the Somme area.  The first stop was Beaumont-Hamel Canadian War Memorial, where a very knowledgeable young Canadian guide explained how the Newfoundlanders had fought there in the First World War.  The children were able to walk through the trenches and witness the barbed wire and ‘dead man’s tree’ in no man’s land.  They then laid a wreath on behalf of the Junior School and, under the direction of Mrs. Tinniswood, sang a beautiful rendition of ‘They shall not grow old’.  It was a very poignant and moving moment. 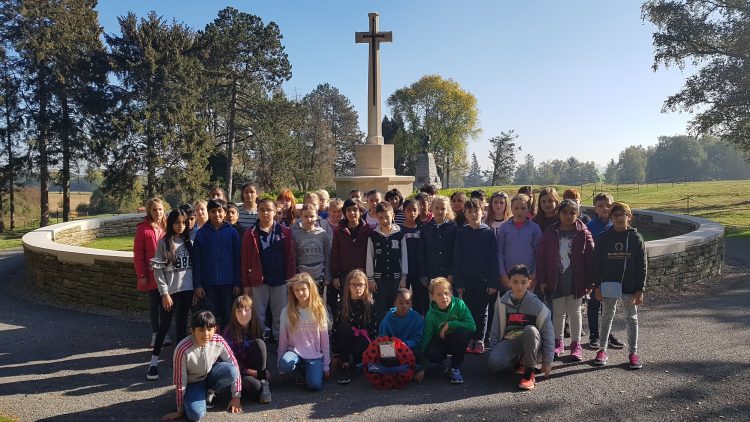 In the afternoon, the group visited the 1916 Battle of the Somme Museum in Albert where they could see artefacts and scenes from the trenches as well as watching a weapons demonstration.  Oscar Hinks was even dressed as a ‘Tommy’, complete with rifle. 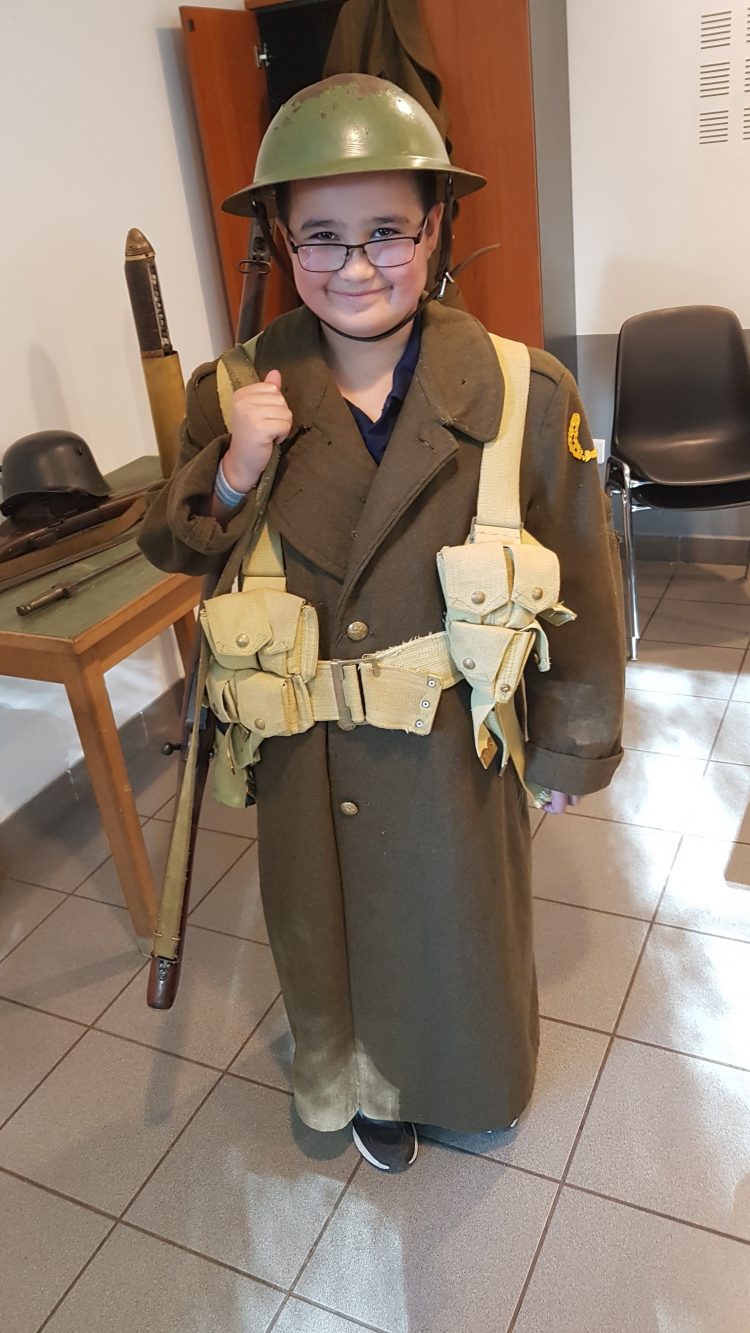 En route back to Le Pré Catalan, the group stopped off at the Thiepval monument, commemorating the thousands of British soldiers who lost their lives and whose bodies were never found.  Again, this was a very moving experience, especially when the children sang their song of remembrance to a small audience of visitors.

Sunday evening was ‘French night’ when the children could taste snails in garlic butter and enjoyed making crêpes and eating them.

All too soon it was Monday morning and time to leave.  There was just enough time to squeeze in a visit to ‘La Boulangerie Le Fournil’ where the children were able to shape croissants and learn how French bread is made.  Then it was back through the Channel Tunnel and the long journey home.

It was a fun-packed and exciting weekend that will be remembered for a very long time.