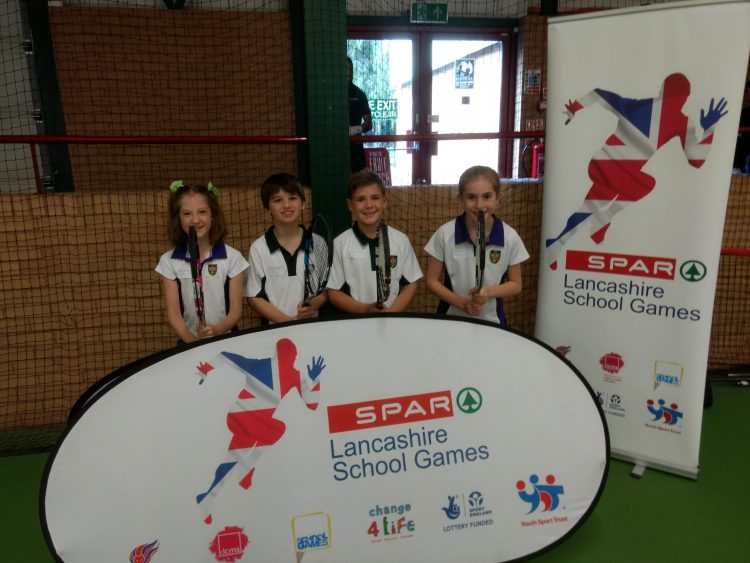 The Yr3 and 4 tennis team qualified from the Blackburn with Darwen tournament last month to represent Blackburn at the Lancashire School Games Tennis Finals.

We would be up against the best of the best from all the 16 districts. In order to win we would have to progress from our pool, the ‘Pool of Death’ as it turned out! We got off to a positive start, winning two matches against Ribble Valley, eventually tying the match with them 2-2. Next we played Chorley and started positively with Henry beating their number one. We lost that match 1-3 though. Our final pool game was against Burnley and we were delighted to beat them 3-1. Huge credit to Joseph in that one as he did well to come back and win after his previous defeat, as did Daisy.

This meant that we finished as runners up in our pool and went through into the main Cup competition. In the quarter finals we took on Fylde. Everyone played great tennis and it was a very even match. So even that it finished 2-2. Sadly we lost the match as they won more games in their defeats than we did. Shame but those were the tournament rules.

A great performance to reach the quarter finals against one excellent players. Huge credit to the whole team, especially Henry who did not lose a game all day. Daisy, Joseph and Eleanor played fantastically as well. I was extremely proud of their performances.