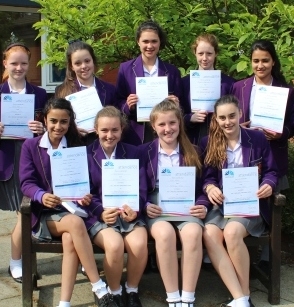 Language Day at the University of Central Lancashire 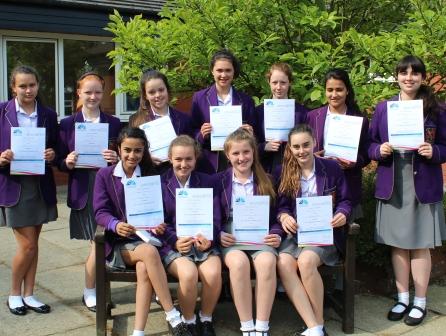 In July the Year 8 students went to the University of Central Lancashire for a day aimed at promoting languages.   The girls spent the morning learning Arabic and the afternoon was spent learning Russian.   All the students had a great time and were extremely enthusiastic.   At the end of the event, Hasna Ghafoor and Natasha Murray (both of 8M) were awarded individual prizes for their progress in the two languages.

All the girls received a certificate of participation.   Congratulations to the following students: