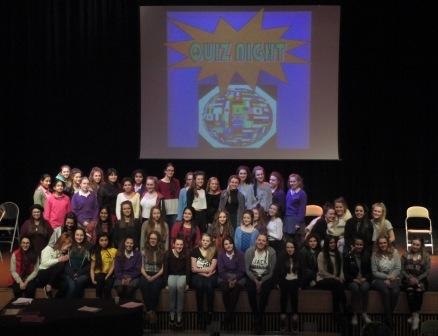 On Tuesday evening, the Languages Department hosted the annual ‘Languages Quiz Night’ for Year 10 students. Students competed in teams against their peers, answering a range of linguistic and cultural questions in a variety of differing rounds. 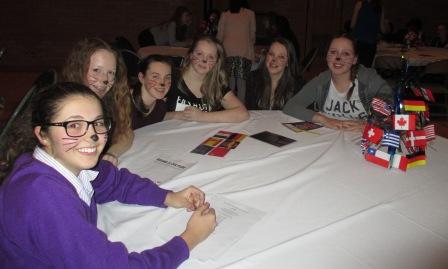 In the first round, pupils faced a taxing ‘Language Round’, allowing students to demonstrate what they had learnt in lessons – (the Language Assistants aided Mr. Oracz with pronunciation of some of the more difficult questions!). As students encountered a taxing question, they utilised their ‘Phone-a-Foreign-Friend’ cards, which they cashed in for help by a member of staff or assistant. 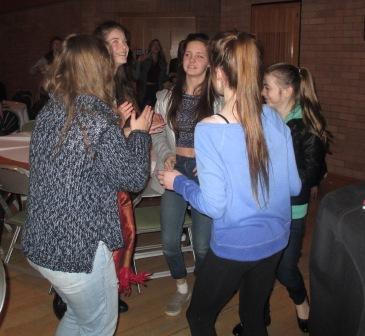 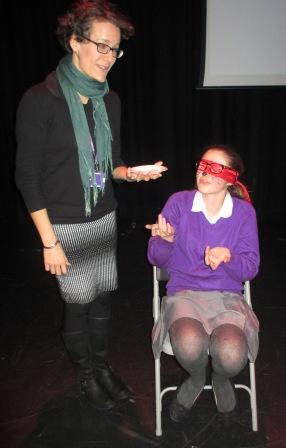 In the second round, all eyes were turned towards the projection screen where teams were given four options to choose from via a probing PowerPoint; all aimed on aspects of culture.

Round three saw students put their vocal talents to the test, performing en mass a Spanish version of ‘Best Song Ever’ by One Direction. A whole host of dance moves and well projected vocals earned groups bonus points. Following this, a volunteer from each team took to the stage to be put in the spotlight and blindfolded. Anxious students were then asked to sample a couple of foreign foods without being able to see and guess what it is they had tasted. 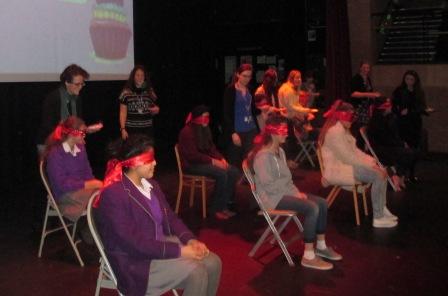 This whetted the students’ appetites for the evening meal, which had been superbly prepared by Mrs Ballan and her wonderful catering staff. A sumptuous banquet of delectable cuisines, washed down with a glass of non-alcoholic sangria were enjoyed by all. 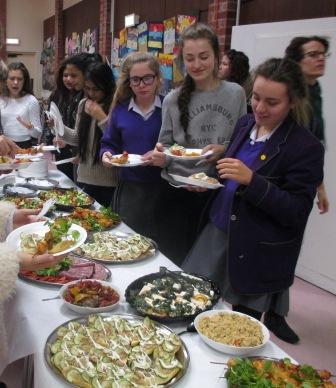 A modern music round kick started the second half of the evening, with students guessing the artist and song title, as well as guessing the song lyrics from the point the track finished. Unfortunately, teams frequently gave each other the answers as they got caught up in the song and proceeded to fill in the gaps at the top of the voice!

Foreign Films was the name of the final round, where students were asked questions on a range of films, such as Pan’s Labyrinth, La Vie en Rose, Troy, and Run Lola Run.

A fantastic evening was had by both students and staff alike. The teams are anxiously waiting the announcement of who won, which will take place in assembly very soon. 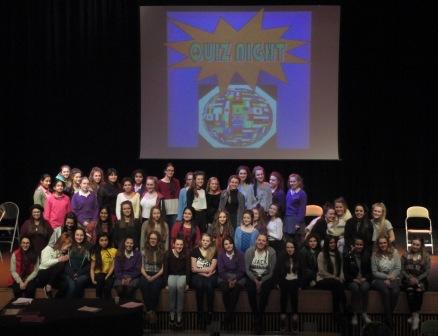 Special thanks must go to all members of staff who were involved in the evening, particularly the Languages Department. Thanks also to Mr. Scott for providing his usual technological flair, to the catering staff for their stunning banquet, to the sixth formers who helped throughout the evening, and to the Marketing Department who have a hand in promoting the evening and donating prizes for the winners.