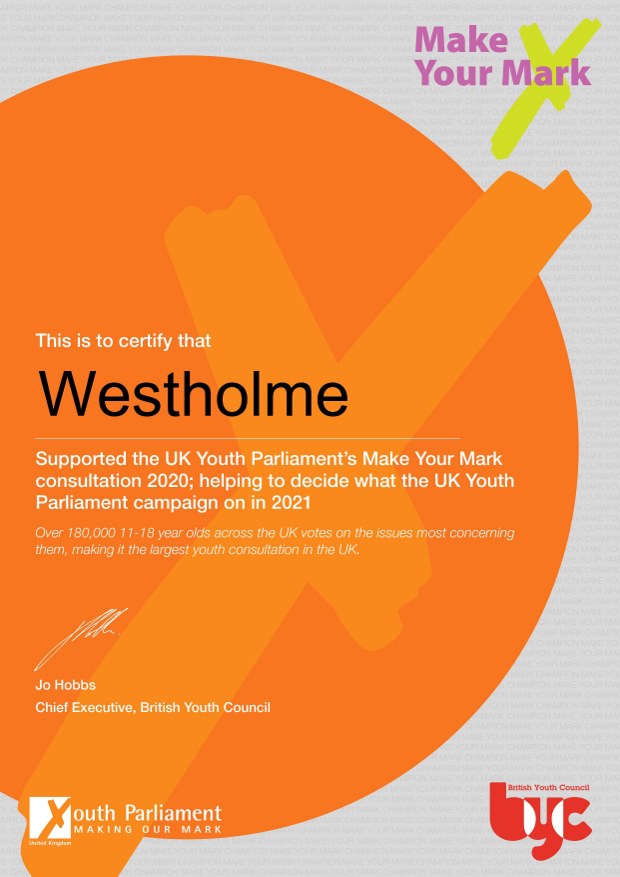 The campaign was aimed at 11 – 18 year olds across the UK, giving them the opportunity to vote for policies that they want to introduce or change.

Over 1,000 young people took part in the online vote in Blackburn with Darwen, to decide what the Youth Parliament should debate and vote to be their campaign for the coming year.

Westholme students were please to get involved with the scheme, and the School was awarded a certificate for their participation in the campaign by the British Youth Council.

You can find out more information about the campaign on the British Youth Council website.