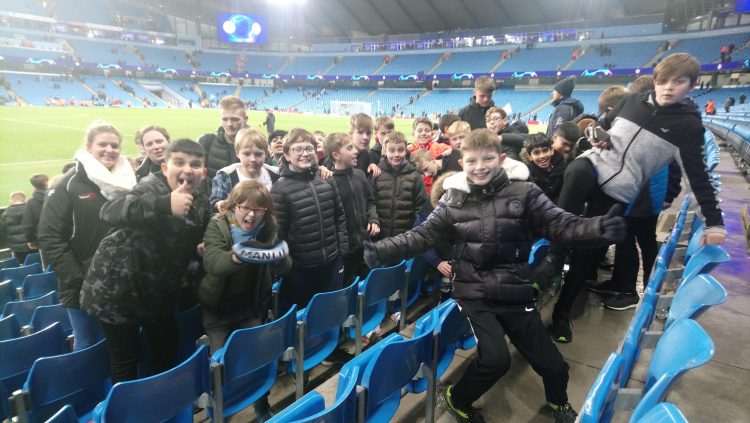 Our Year 8 football squad travelled to the Etihad Stadium on Wednesday to watch Manchester City play in the Champions League against Shakhtar Donetsk.

The boys enjoyed a fantastic game which was won by the home team 6-0.

Hopefully the boys will have learned a great deal from watching some of the world’s greatest footballers in action.